i have a white widow seedling that was doing great a week in. over night the seedling went limp? what da hell is going on?

i am using ao plugs and watering with just super thrive 2 drops in 16ozs of water. can anyone assist?

air temp ,circulation?
get rid of the superthrive lol
dont over water (biggest most common mistake made)
have the leaves drooped?
indoor/outdoor?

air temp is 80degrees, i have a fan on inside my stealth grow box with intake and exhaust fans. indoors.. the seedling looked text book last night before i turned the light off for 6hrs. when the light came on the seedling was on the hydroton

what should i water with. i have two seeds in the germination process that haven't popped up yet. is there anything to consider with that .

so is my seedling fucked? what about my seeds being germinated. how do i add pics. it will explain better than i can 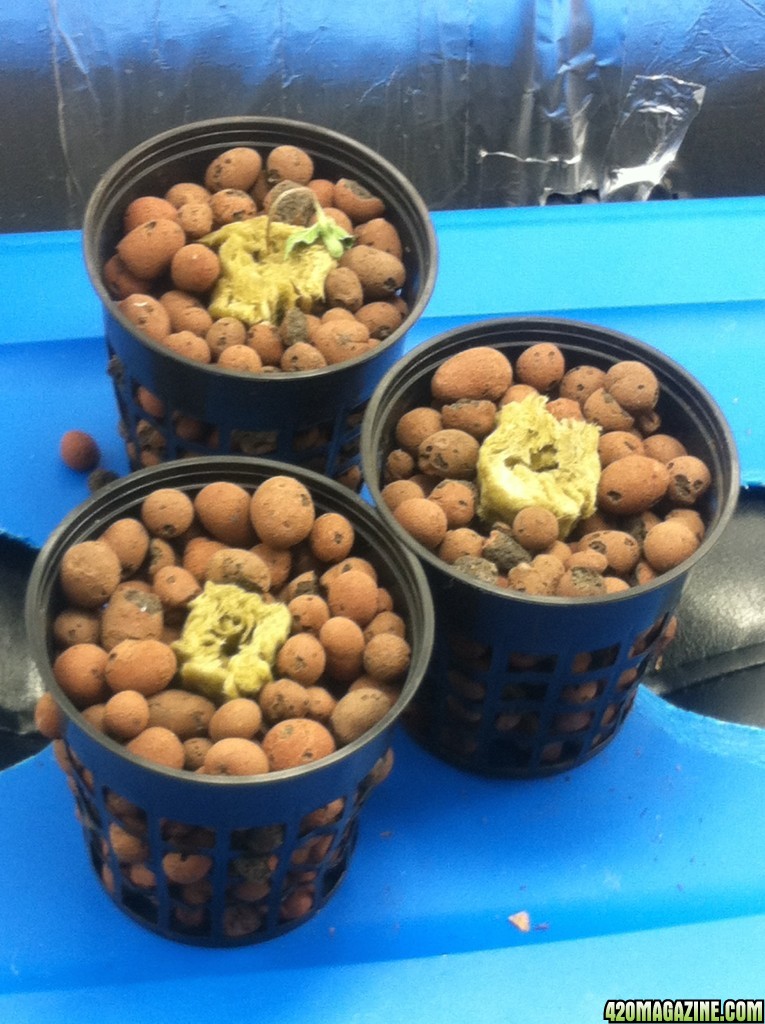 Yes, it's toast. Damping. It happens. Just keep things very simple and ph your water. Don't worry about any ferts until you get a couple sets of leaves. I usually get one per season. The other seeds germinate fine.
This was lifted from another site if you want to get really into it:

Damping-is a fungal [/FONT]problem where the pathogens attack the tender stems and roots of the seedlings and lead to sudden seedling death. Seedlings look pinched at the base of the stem, others fall over, some wither away entirely and stunting occurs.
Once the process is underway, it’s hard to save even a few of your plants.
Damping off is not just confined to the seedling stage and can occur at any stage of growth as root rot but, with seedling is sure death and important to get off to a good healthy start.

Prevention is the best cure.

Sterilize
Sterilizing your starter mix, peat pellets etc reduces fungal spores and other undesireable bacteria and pathegons.
Seed starting mixes are not necessarily sterile out of the bag, especially once the bag has been opened.

Sterilizing potting soil in the oven has a odor that many people may object to and can be done in a conventional microwave with moist soil.
Add 1 cup of water per quart or two of dry, soil mix and mix completely to work out any lumps or chunks of the mix. Additions such as perlite, and can be mixed in before microwaving.
Put the mix into a microwave safe container with lid and cover loosely, and microwave on high for 8 to 12 minutes, until you see steam condensing on the underside of the lid then close the lid tightly and allow the mix to steam at least 10 more minutes as the mix begins to cool.
Put that sterile potting mix/peat pellets into clean planting trays/containers.
If you’re reusing containers, clean them first with soapy water and bleach.

Less water, more air
Wet conditions can promote damping off. Don't over water. Keeping your potting mix barely moist rather than soggy is essential to healthy seedlings.
If you water from the top, water between rows of seedlings and try not to drench the tops of the plants.
Bottom watering seems to help by keeping the soil surface a bit drier, also. Pour water into a tray containing the seedling pots, and let them soak up as much as they can through the bottom. After 15 minutes, pour off any excess so plants don't sit in water.

Anti-fungal agents
Watering or misting seedlings with an antifungal solution will also help protect your seedlings.
One tablespoon of 3% hydrogen peroxide per quart of water is sufficient. You can also brew strong chamomile tea and add an ounce or two per quart of water. A one-time dusting of cinnamon or powdered charcoal on the soil surface can also be used as an antifungal agent.
A product called Captan(search Amazon)that will help prevent damping off.

Sterilizing your starter mix/peat pellets. Minimize wet conditions, and maximize air flow. Add an anti-fungal agent to your water.
These steps will help preventing the dreaded Damping Off, and you’ll have healthy seedlings for your grow room.[/I][/I]

this is how it looks now after putting it closer to the light. 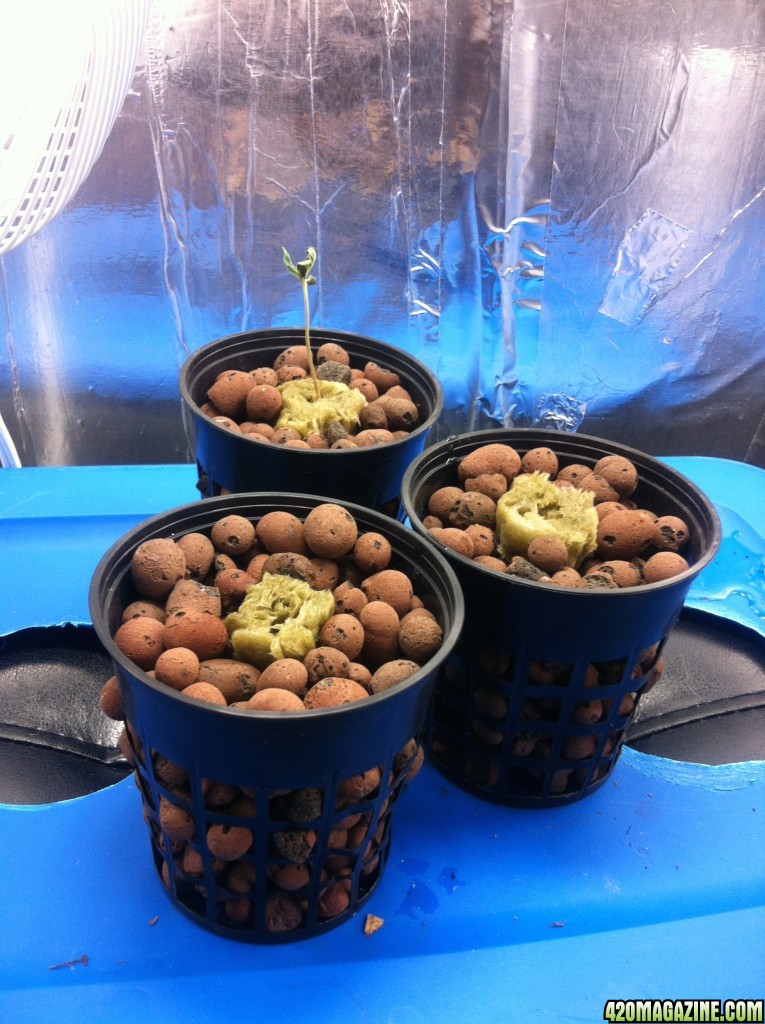 should this light stay on

Yes, but don't give it any water

What kind of light do you have and how far away is it?
420 Magazine®
Creating Cannabis Awareness Since 1993 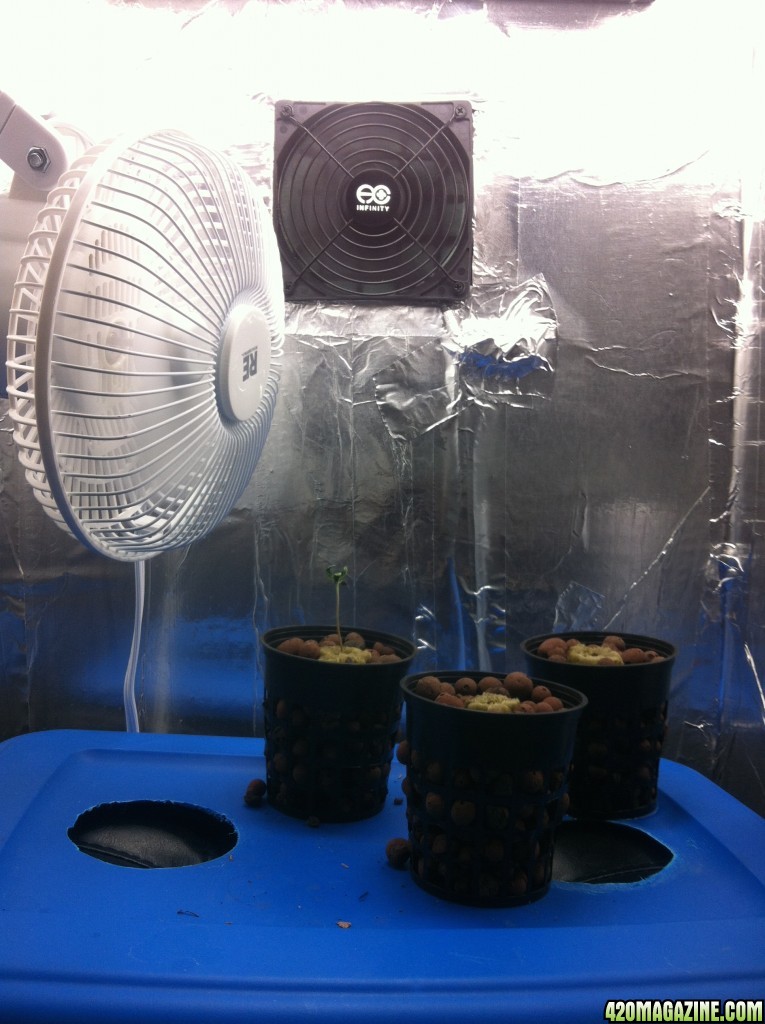 Too far away, the leaves are not receiving enough photons.

Cfls should be placed 2 or 3 inches away! 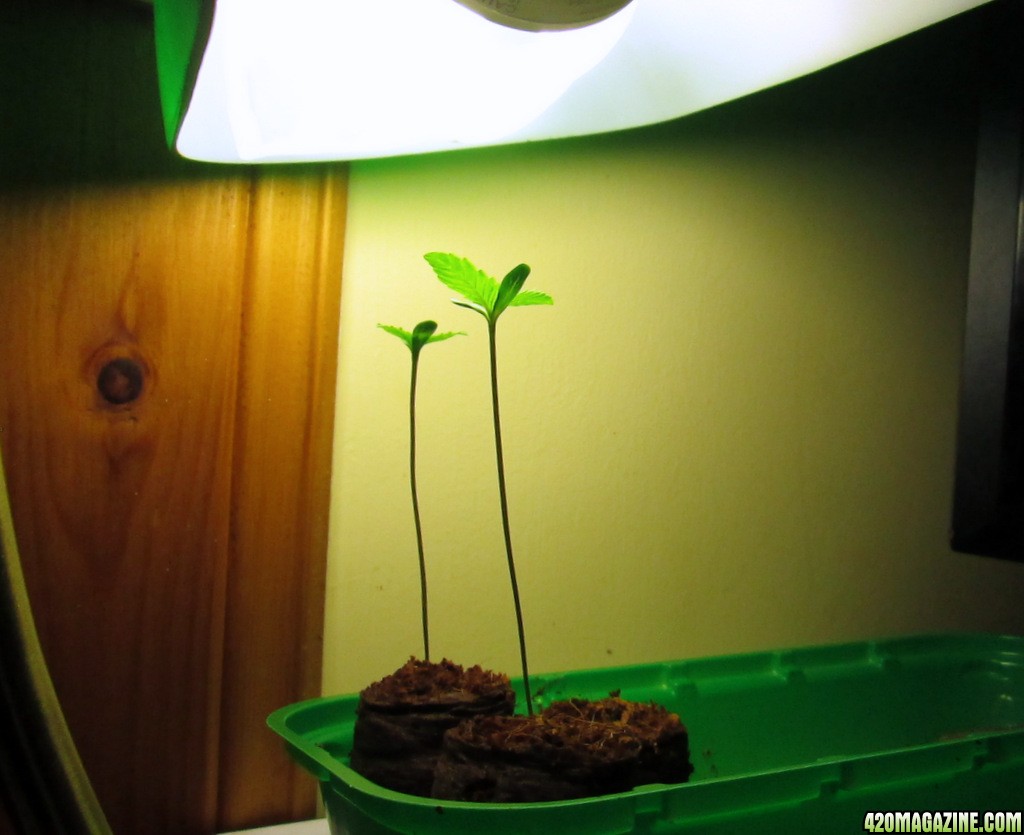 Can you lower your lights?
420 Magazine®
Creating Cannabis Awareness Since 1993

The old leaves may not recover fully, though they should be able to support healthy new growth, if you can lower your lights.
420 Magazine®
Creating Cannabis Awareness Since 1993 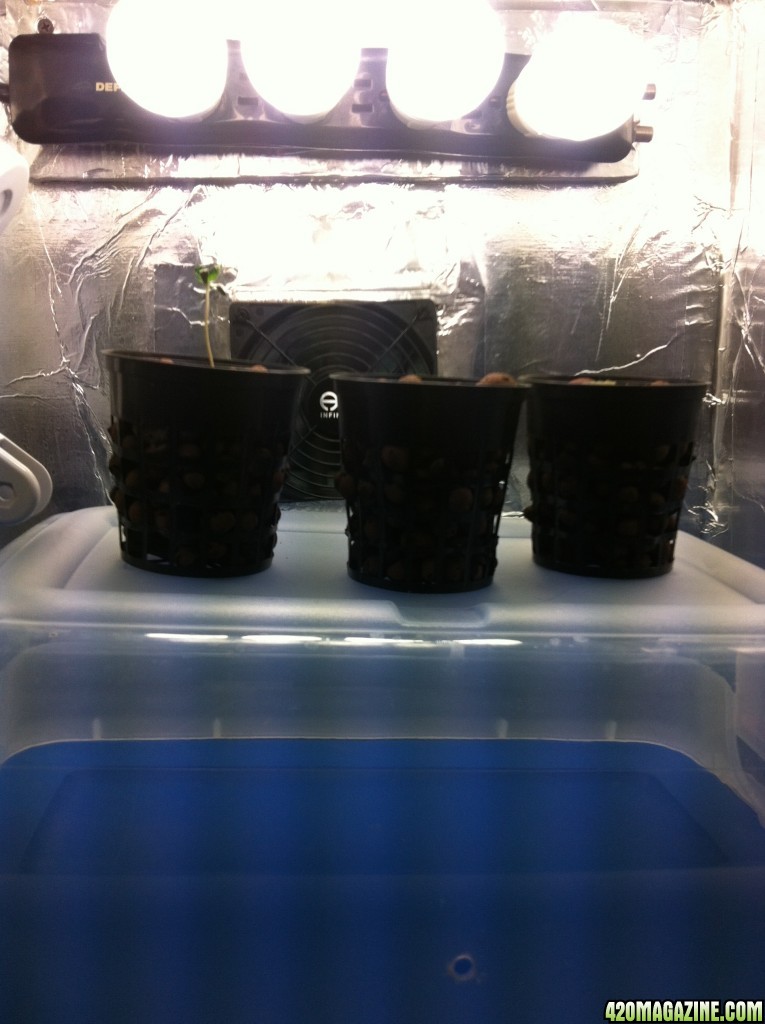 i saved you as a contact rico, you might have saved my white widow. I'm still waiting for my royal queen to sprout. good looking out. ill let you know whats happening. rico 911

C
Will they grow back?