We were prepared to use this space to issue a call for state lawmakers to embrace compromise when discussing and voting on the topic of medical marijuana during the current 2016 legislative session.

Then, we received a pleasant surprise Friday when the members of the Utah State Senate actually beat us to the punch.

Instead of outright dismissing Senate Bill 73 – a bill sponsored by Sen. Mark Madsen, R-Saratoga Springs, that would have allowed for whole-leaf use for medicinal purposes – the senators engaged in a robust debate that will continue Monday. As part of that debate, the senators also approved some amendments to the bill, including taking out the whole-leaf provision, much to Madsen's chagrin.

This give and take is a welcome development as Utah lawmakers navigate the waters regarding the legalization of medical marijuana. Because, in our view, neither SB 73, as originally written, nor SB 89 — a separate bill sponsored by Sen. Evan Vickers, R-Cedar City, and Rep. Brad Daw, R-Orem – is the proper legislative solution.

Simply put, Madsen's original bill was not restrictive enough, while the Vickers/Daw bill has the exact opposite problem in that it places too many restrictions on how marijuana can legally be used for medicinal purposes in the state.

Earlier Friday, the senate voted to move SB 89 to a third reading, showing that it at least has the stomach to allow legalized medical marijuana in Utah, but under very specific, limiting circumstances.

That's a good first step. However, the concern from those who would prefer to see Madsen's bill become law — and our concern as well — is that the Vickers/Daw bill will become a panacea that doesn't truly address the problem, and that with one piece of medical marijuana legislation on the books, Utah lawmakers will be unwilling to further consider the issue in the future.

As a result, Utah residents who need a more compound version of the drug would still be faced with the dilemma of having to break the law and face criminal prosecution in order to get the medical relief they need.

Conversely, had Madsen's original version of the law sailed through Senate approval, it would have opened the possibility to a whole host of issues. It's no stretch to say that while legalized whole-plant usage would help more patients battling a variety of legitimate ailments, it would also provide an access route in the state for those only interested in the drug for recreational use.

By agreeing to amendments to the Madsen bill, the senators have paved a way to create a stronger piece of legislation than the Vickers/Daw bill, with strong protections for those who need medical marijuana as part of their prescribed treatment. They have likewise taken a stand against allowing Utah to become a medical marijuana version of the Wild, Wild West.

We feel that's a winning compromise, and look forward to seeing how the Senate proceeds come Monday. 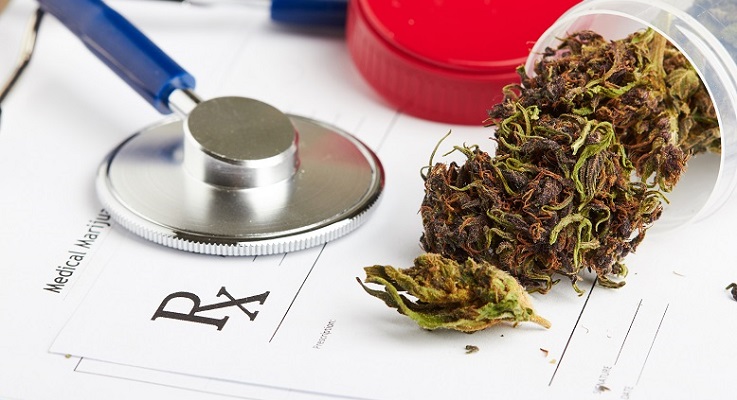