Shares Of Marijuana Companies Rise With Release Of Recreational Use Recommendations

On the TSX, shares of Canada's largest producer, Canopy Growth – the first pot company with a market capitalization above $1 billion – rose 79 cents, or 7.9 per cent, to close at $10.79, its high for the day..

Among the smaller companies, Emerald Health Therapeutics shares rose 15 cents, or 12 per cent,to reach $1.40 on the TSX Venture Exchange.

The task force, which was chaired by former federal cabinet minister Anne McLellan, recommended that pot be sold in storefront locations, but called for a ban on co-selling cannabis with alcohol and tobacco products. That might impact the plans of some provinces, such as Ontario, which had hoped to sell marijuana in government-owned liquor stores.

Some of the other recommendations from the task force include:

Khurram Malik, head of research at Jacob Capital Management, said much of what was contained in the task force's report was expected, "but it is positive for the industry because it is one more step, another milestone into getting into recreational [marijuana]."
A report issued by Deloitte in late October said the recreational marijuana market could be worth about $8.7 billion annually at current market prices.

"On the production side, supplying even the low-end estimate of the recreational market would require producing over 600,000 kilograms of marijuana annually, a significant increase from what the medical marijuana industry is currently capable of producing," Deloitte said.

That dollar figure doesn't include ancillary businesses such as paraphernalia, testing labs and security services. When those are included, the market potential jumps to up to $22.6 billion a year.

Against that backdrop, shares of top producer Canopy Growth went on a run over last few month, rising from just over $4 at the end of September to above $13 by mid-November, before giving up some of those gains.

Earlier this month, Canopy unveiled plans to purchase domestic competitor Mettrum in a deal worth $430 million. The takeover would see Canopy get two Health Canada licences to grow pot for medical purposes as well as Mettrum's strains of marijuana and its line of hemp-based health products. 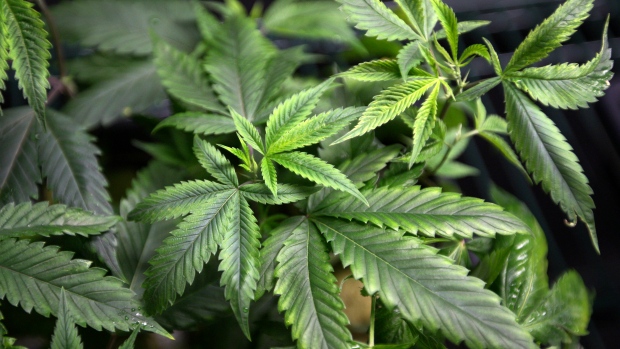