Donald Curtis Andrews, who housed Universal Holistic Collective on his property at 3546 Martin Luther King Blvd., evicted his tenant soon after misdemeanor charges were filed against him in August, Feuer spokesman Rob Wilcox said. Andrews, who entered a no-contest plea on Oct. 8, is one of more than 50 property owners and/or dispensary operators that Feuer's office is targeting under Proposition D, which banned all but 135 pot shops in the city.

If Andrews pays the $500 fine and complies with other terms of the court order, which also includes not renting out his space again for a pot dispensary or any other activity related to marijuana or other controlled substances, he can withdraw his plea in a year and get his case dismissed, Wilcox said. Andrews faces harsher penalties if he violates the terms. He would get 36 months of summary probation, a $1,000 fine and 45 days in county jail or 30 days community service, Wilcox said.

Feuer vowed earlier this month he would target not just medical marijuana businesses, but their landlords, as well. Once property owners "who don't contemplate they will ever be a defendant in a criminal action" know the city "means business," they will move to evict unlawful dispensaries, Feuer said.

The prosecutorial cases are being doled out based on community complaints and collaboration with the police department and the Building and Safety Department, Wilcox said. Another 51 shops in San Fernando Valley, Venice, Boyle Heights, Hollywood, South Los Angeles and other area communities now face charges, according to a list provided by Feuer's office.

Dispensaries and property owners that violate Proposition D -- which was passed in May while two other marijuana measures failed -- face misdemeanor charges that carry penalties of up to $1,000 or up to six months in jail. Feuer, who assumed office July 1, said he is adding to his list of cases weekly. His office sent out letters to more than 800 marijuana dispensaries believed to be operational. At least 40 have voluntarily closed since being notified of the pot shop ban, which went into effect July 20, Feuer said. 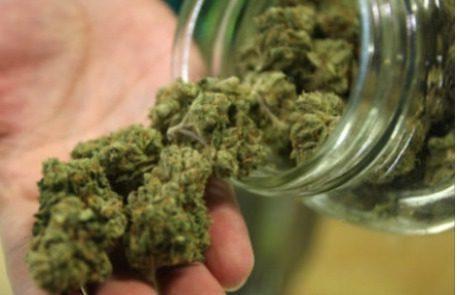