Steve Kerr Talks About Legalization Of Marijuana In California

On Monday, California became the nation's sixth state to legalize the recreational use of marijuana through the passage of 2016's Proposition 64.

"I'm a proponent of it," Kerr said after Tuesday's practice.

"I do feel strongly that [marijuana] is a much better option than some of the prescription drugs and I know that it's helping a lot of people, which is great."

The legalization of the drug is expected to bring in more than $5 billion to the state's economy, according to a 2017 state-sponsored study. Dispensaries opened throughout the Bay Area Jan. 1 to long lines, with some waiting outside of Berkeley Patients Group lined up at 4 a.m.

Kerr admitted to using marijuana as an alternative to opioids during his rehabilitation from back surgery in 2015, though he admitted the drug didn't help the pain. Still, Kerr advocates for marijuana's usage over prescription medication.

"I do feel strongly that [marijuana] is a much better option than some of the prescription drugs and I know that it's helping a lot of people, which is great," Kerr said.

In October, Kerr even expressed optimism that drug would one day be legalized in the NBA.

"I do think it'll happen eventually," Kerr said prior to an Oct. 25 matchup against the Toronto Raptors.

The tricky part in the institution of the drug, according to Kerr, would be the perception of the drug by the league's fan base. However, Kerr admitted there's one thing that may overrule the opinions of the fans.

"The perception of the fans is important," said Kerr. "In terms of selling our business, but the health of the players should be the most important thing." 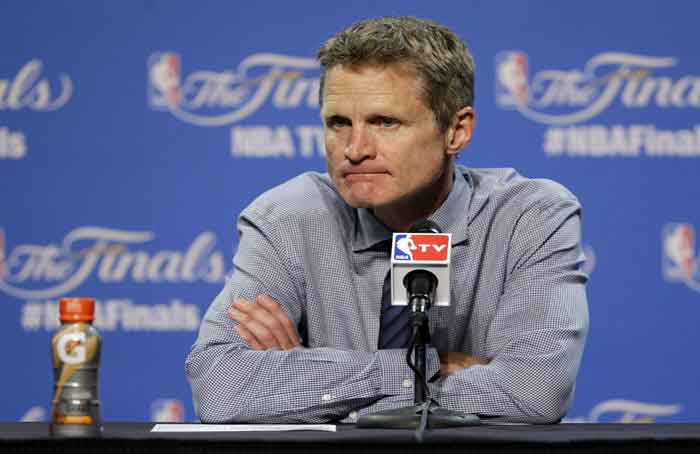