Study: Couples Who Smoke Marijuana Are Less Likely To Engage In Domestic Violence

Marital marijuana? A new study by researchers at the University of Buffalo finds a significantly lower incidence of domestic violence among married couples who smoke pot. "Couples in which both spouses used marijuana frequently reported the least frequent IPV [intimate partner violence] perpetration," the study concludes.

These findings were robust even after controlling for things like demographic variables, behavioral problems, and alcohol use. The authors studied data from 634 couples over nine years of marriage, starting in 1996. Couples were administered regular questionnaires on a variety of issues, including recent drug and alcohol use and instances of physical aggression toward their spouses.

Previous research on the relationship between marijuana use and domestic violence has largely been based on cross-sectional data (that is, data from one point in time), and those findings have been mixed: some studies found links between marijuana use and/or abuse and domestic violence, while others did not. The Buffalo study is one of the few to use data collected over the course of decades to examine the question, putting it on solid methodological ground compared to previous work.

The authors caution that while these findings are predictive--meaning couples who smoke are less likely to commit domestic violence--they don't necessarily draw a causal line between the two behaviors. Among the connections they hypothesize, "marijuana may increase positive affect, which in turn could reduce the likelihood of conflict and aggression." Translation: stoned people are happy, and happy people don't fight.

Another possible mechanism: "chronic [marijuana] users exhibit blunted emotional reaction to threat stimuli, which may also decrease the likelihood of aggressive behavior." Since some of the data used in the study is now nearly two decades old, the authors would like to see if these findings would hold true among current newlyweds, particularly in light of "the trend toward marijuana decriminalization in the United States and potentially more positive attitudes toward its use."

The authors said that more research also needs to be done on other dimensions of marijuana use, including abuse, dependence, and withdrawal, all behavioral states that may have different effects on how spouses interact with each other. Nonetheless the paper is a solid contribution to the marijuana literature, and we'll need a lot more like it as the country seems to move toward overall legalization. In fact, the DEA significantly bumped up the federal government's marijuana production quota this year, in order to provide the raw material for more research on marijuana use.

We're also learning a lot from Colorado's legalization experiment, and a Brookings Institution paper out this week (Washington's Marijuana Legalization Grows Knowledge, Not Just Pot) finds that the state is "devoting resources to tracking its experiment in an unusually meticulous way, with lessons that extend well beyond drug policy." Perhaps most significantly, the Buffalo study was funded partially by a grant from the National Institute for Drug Abuse. Marijuana reformers have strongly criticized NIDA's institutional biases against marijuana legalization in the past, including restrictions the agency has placed on the availability of marijuana for research purposes. But the fact that NIDA is funding studies like this one suggests that it, like much of the country, is beginning to change its tune. 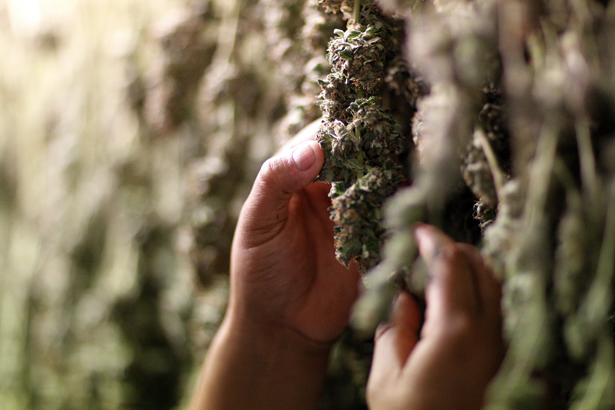 This is absolutely 100% true. I have been married for 40 years and although there has never been any domestic violence we have had our share of squabbles. We both partake and we have never gotten along better.

Are BP's Drug Tests Fueling Domestic Violence In The Gulf?