I was cleaning out my yard yesterday and I discovered a bunch of tiny little weedlings! I don't know where they came from, I didn't plant them. Last count I've found 25, I shit you not! I've named them The Foundlings

Now, if I had a private yard that wasn't sandwiched between other people's yards I think I'd let them grow and see what happened. But anyone can just look in as they walk past and that won't end well for me. Plus, at some point they will start to stink up the neighborhood.

I have a friend that has a big chunk of private land is willing to adopt them. My problem is that they are mostly up against concrete blocks and I'm afraid I'll rip the roots trying to get them out.

Can anyone recommend a way to transplant them without damaging them? I really don't want to have to kill the little buggers. 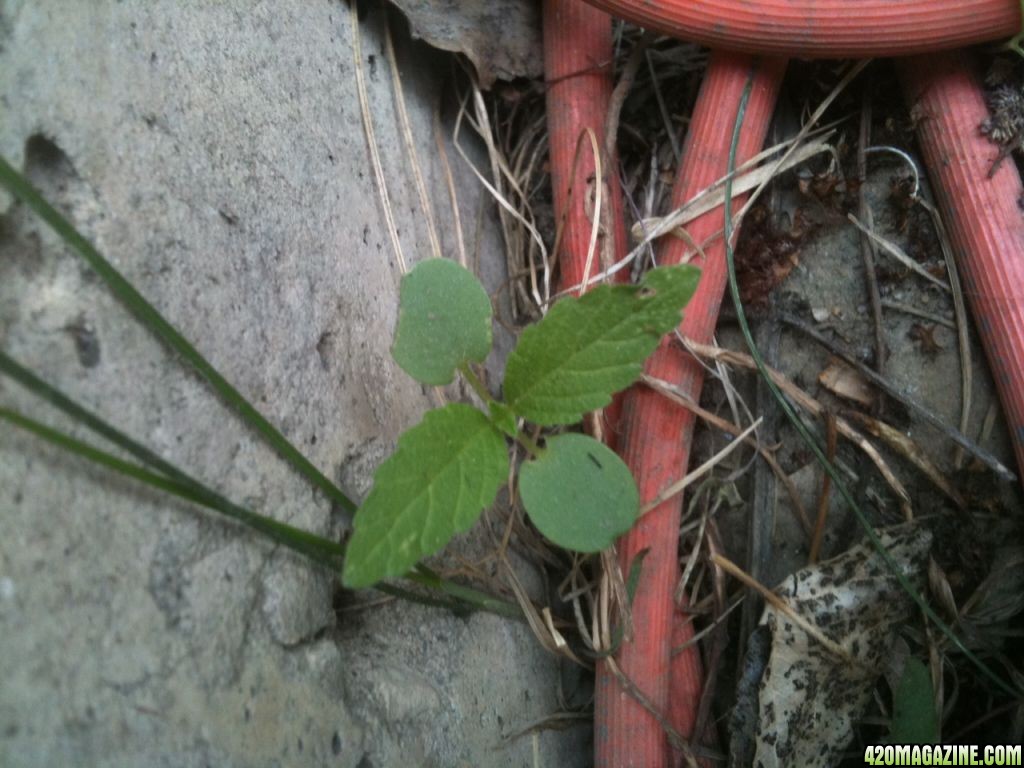 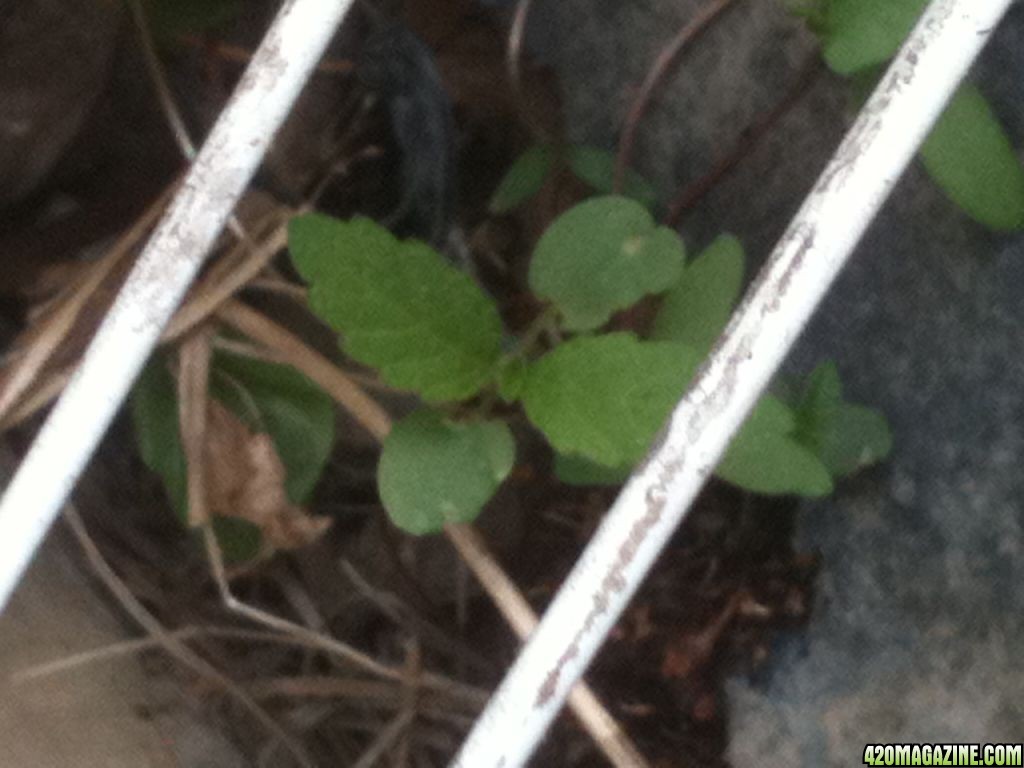 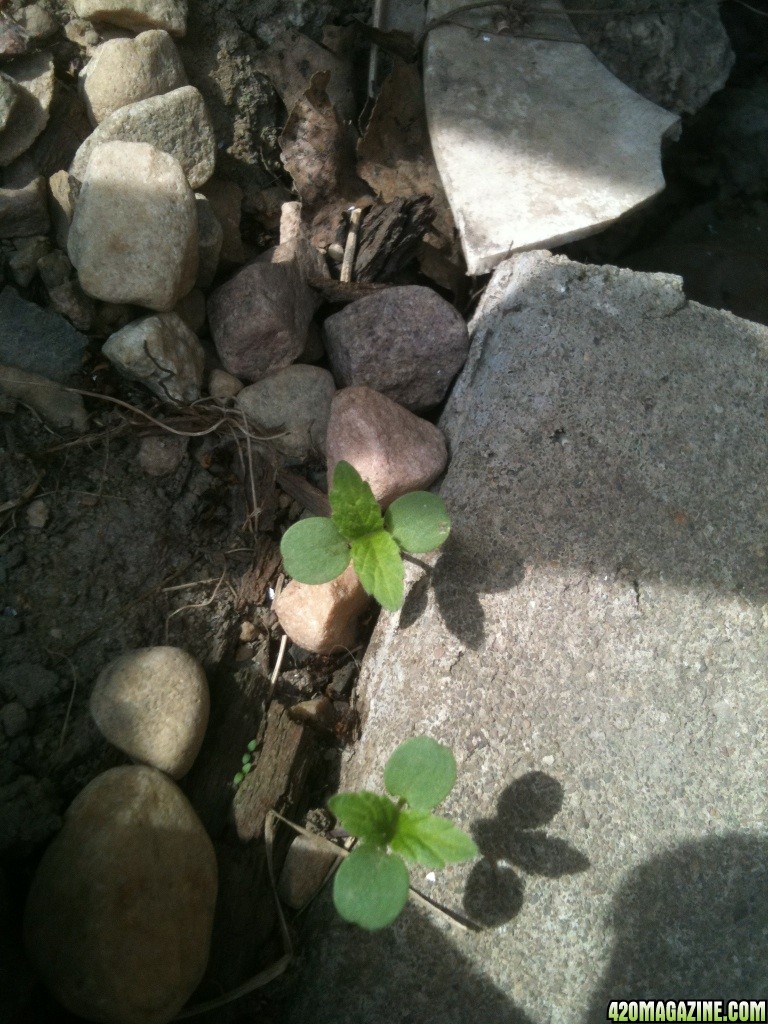 Hmm... the cotyledons don't look like the strains I know or have seen on the web. Too round. I'd wait a couple of days to be sure they're worth the effort.

I hope I'm wrong, though!

that was my thoughts exactly

I'll take more pics when the next set of leaves grow. It'll be easier to tell what they are for sure then. If they are what I think they are, I'd love to know how my yard got littered with them! lol
2

The cotyledons don't look like right to me either - not that I've seen many. Wait until you second set of leaves - or use something thin and flexible to slide in next to the roots to help gently lift out - easiest when moist. Why not try moving a few just to see what they are?

Ideas for support on multiple plants
2

May 31, 2018
Calvados
C
B
how much time between germination and harvest?

G
Lights in the distance: Flower