A Washington marijuana grower argues his farm is an agricultural activity and should be exempt from the state's Clean Air Act.

An appeals panel will tour a Western Washington farm in January to help it decide whether smells from harvesting marijuana should be treated with the same leniency as odors from raising livestock and other agricultural activities.

Green Freedom owner Justin Wildhaber, appealing fines issued by a clean-air agency, said Friday that he hopes his case will set a precedent and move marijuana farmers closer to being regulated like other producers.

"Hopefully, it will be a big win for the industry," he said.

Five years after Washington legalized recreational marijuana, cannabis growers operate under different rules than other farmers. Wildhaber's appeal to the Pollution Control Hearings Board poses the question whether marijuana should be exempted from the state's Clean Air Act as an agricultural activity,

The exemption gives limited protection to farms, ranches and feedlots from being fined for odors and dust. The hearings board took up the issue of whether marijuana farms qualify for the exemption in 2017. In that case, however, the board found the farm was too small, less than 5 acres, to meet the definition of "agricultural land."

The three-member hearings board will tour Wildhaber's farm in Elma on Jan. 18. The board will then head to Tumwater for a two-day hearing on whether Green Freedom should have been fined $1,000 twice by the Olympic Region Clean Air Agency. Investigators reported smelling marijuana on a neighbor's property on two occasions.

Lara Kaminsky, executive director of The Cannabis Alliance, an advocacy group, said the case could be a landmark. Odors are often an opening for local governments to regulate marijuana farms over other issues such as light pollution or traffic, she said.

"We need to get clear direction from the state on this issue," she said. "It is legal. It's a legal crop. It should have the same rules and regulations as other crops,"

The House Agriculture Committee advanced during the 2017 session a bill that would have added marijuana to Washington's right-to-farm law. The law shields agriculture from nuisance complaints.

The legislation didn't come up for a vote by the full House. If it had, Rep. Tom Dent, R-Moses Lake, would have proposed an amendment to exclude Eastern Washington from the bill.

Dent said Friday that he opposes classifying marijuana as a farm product. Federal water managers may take note, he said. "It opens another can of worms."

He also said marijuana odors should not be equated with other farm smells. "It's not like anything else," he said. "There's something in marijuana that can effect your nervous system."

According to hearings board records, a neighbor has made dozens of complaints about smells from Green Freedom. The air agency has conducted many investigations. Twice, on harvest days, inspectors sniffed and gave the odor a "2" on a scale of 0-4. A "2" means the smell was "distinct and recognizable." A "4" means the smell caused a physical reaction.

The air agency argues growing marijuana can't be considered an agricultural activity because it is still covered by the state's controlled substances act and also is not taxed like an agricultural product. The agency also claims that Green Freedom's greenhouses and other farm operations cover only 3.2 acres, falling short of the 5-acre threshold. Wildhaber says the farm covers 5.7 acres. 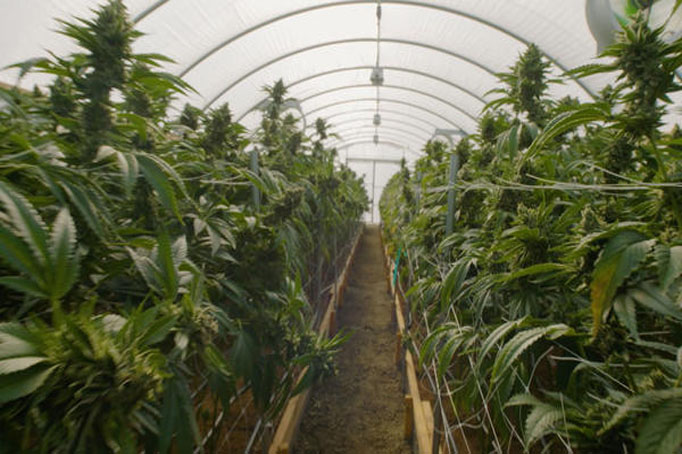