A Clarkston, Washington, attorney sued the city and four city councilors who voted to prohibit retail marijuana sales within city limits. And he did it in a Jedi costume. Rick Laws says the city's ban is unconstitutional. He filed the motion on Halloween on behalf of Canna4life LLC, which is scheduled to open Nov. 25, provided the business can submit a retail marijuana license to the state of Washington.

The moratorium on recreational marijuana sales within the Clarkston city limits will expire at the end of this month, The Lewiston Tribune reports Washington legalized recreational marijuana in 2012. Laws, who is representing Clarkston business owners Kelly and Julie Jackson, said the city and the councilors are being sued for damages in "an amount to be proved at trial."

When reached by phone Friday night, Clarkston Mayor Kathleen Warren said she had not seen the lawsuit but the city has received notice of it. "It wasn't unexpected," she said. "He has talked about suing. I wasn't surprised at it. The lawsuit also seeks a statement from the court declaring a ban on marijuana sales unconstitutional.

Similar local efforts to ban retail marijuana shops have been launched in Colorado and Oregon. Laws said his clients have "been injured by the loss of revenue for the last four months during this moratorium when they could have been open, and also for the time going forward."

Laws said he had a number of reasons for seeking a lawsuit against the city, including Clarkston's vote in favor of legalizing marijuana by a vote of 1,373 to 1,137. "It's contrary to what the voters asked for, even the voters in Clarkston," he said. "So they're imposing their personal agenda on the will of the people, and that's not what they were elected in office to do." 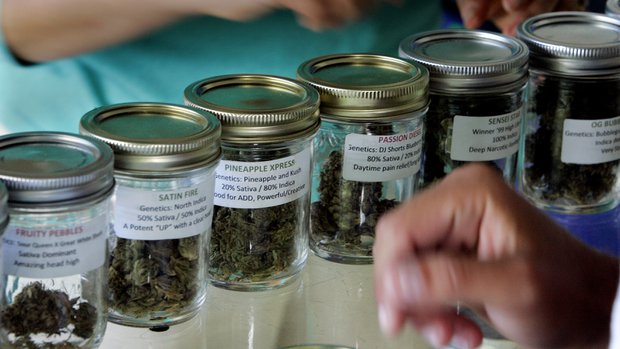 May 30, 2015
Jacob Redmond
J
K
If Clarkston City Law Relaxing Penalties Passes, May Pave Way For One In Athens