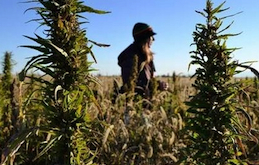 Hemp could be growing on more than 1,000 acres of Colorado farmland later this year — among the first legal grows since the 1950s. The state registration period to grow hemp — legalized along with recreational marijuana through Amendment 64 closed Thursday. Farmers applied to grow hemp on 1,273 acres. Not all applications have been approved, and a few more could trickle in by mail if they were postmarked by Thursday. Industrial hemp, a cannabis plant related to marijuana but lacking the THC chemical that makes marijuana users high, is harvested in other countries for its versatile use in food products, textiles and building materials. Farmers expect to be planting the seed in Colorado within the next month.

Most say they found ways to purchase seed, typically bringing it into the country illegally since it is not federally legal, but other issues still haven’t been worked out. “We got the seed, and we don’t have a ton of weather concerns,” said Jamie Lyn Tanner, a Weld County farmer. “But when it comes down to how we’re going to harvest and process, that’s our leap of faith right now.” Tanner, whose family farms alfalfa, oats and other crops, applied to grow seven acres of hemp and will attempt to harvest it for oil and fiber.

Currently only small scale processing for parts of the plant exist in Colorado. Joe Krieg, CEO for Hempire State who applied to grow hemp in Adams County, also is trying to set up a processing plant. Krieg plans to focus his research and harvest on finding which hemp plants work best for building and construction materials. “Most farmers are not necessarily growing for fiber, but we would like to be able to offer that so there’s not any waste with the plant,” Krieg said. Currently he is coordinating with processors in other countries to figure out what equipment he should use and where to buy it.

In the meantime, farmers are at Colorado weather’s mercy without crop insurance, which is subsidized by the federal government and does not cover hemp. According to officials from the Risk Management Agency, farmers who are convicted of growing a controlled substance would be ineligible for insurance on any crops for five years. Private insurance companies, regulated by the state, can potentially create other insurance products that might narrowly protect hemp in other ways, but insurance officials say they haven’t received much interest. Still, Tanner says the risk is worth it. “It’s something we’re doing,” she said, “because we believe in it.” 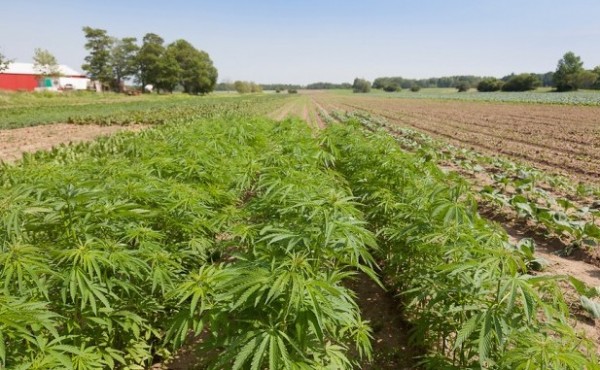