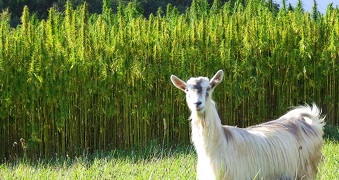 The hype over hemp that erupted last year during Colorado’s first sensational flirtations with the marijuana look-alike is now starting to live up to expectations. A handful of growers in 2014 planted and harvested small-scale crops that attracted large-scale attention under hemp’s newly legal status.

This year, hype is being replaced with indicators of hemp’s industrial potential as seen in farm fields, factories, retail outlets and university laboratories. Hemp and its byproducts have a wide range of uses in nutrition, clothing, building materials, cosmetics and health.

The sector still is too tiny to rate even an asterisk in most conventional measures such as crop value and retail sales in Colorado.

Hemp also faces lingering perceptual problems. There’s confusion from its visual similarity to marijuana, even though hemp contains little or no THC, the psychoactive ingredient in cannabis. The federal government sees no distinction; it considers both illegal under the Controlled Substances Act.

Despite perceptions and immature economic status, advocates project a steep growth curve for the industry.

Colorado recently adopted a broader dimension when the Denver-based Rocky Mountain Hemp Association changed its name to the National Hemp Association in a move to represent the industry nationwide.

“Hemp is currently a $620 million industry in the U.S.,” said Zev Paiss, executive director of the group. “Hemp can create tens of thousands of American jobs if businesses can grow, process and source their hemp in the U.S.”

On a 132-acre farm near the banks of the Arkansas River east of Pueblo, CBDRx president Alexis Korybut has 50,000 young hemp plants in containers ready to be placed in the ground.

It’s the nation’s largest farm, according to Korybut, for growing hemp specially bred with high levels of cannabinoids, substances purported to have healing properties for conditions including cancer and seizures.

Korybut and his partners have invested $5 million in the Pueblo farm and a Longmont research and development facility used for extracting and testing CBD, the most marketable of hemp’s several varieties of cannabinoids.

In coming weeks, Korybut expects to announce plans for a major processing plant in Pueblo. The company now employs 30, a number that he projects will double by the end of the year.

Korybut said his strategy is “to help make Pueblo a center of activity” for hemp growing and processing.

Like many players in the industry, CBDRx is developing infrastructure without a firm handle on who its customers will be.

“We’ve been reluctant to pull the trigger on customer contracts,” he said. “For serious customers, they need to make sure that we have quality, quantity and consistency.”

From growing to processing to retailing — throw in a little consulting, too, for good measure — Billings is all in.

She and her father Bill Billings last year grew one of Colorado’s first licensed hemp crops on a 2.5-acre former alfalfa field near Sterling.

This year, the plans have blossomed.

The Billingses this year are planting 35 acres and will grow hemp indoors in a series of greenhouses.

Dani Billings has launched a series of hemp-infused scrubs and salves that sell online for $20 to $38. She has struck a deal with Whole Foods to carry the products in a Longmont store under construction.

Billings also plans to sell hemp-based nutritional products and is eyeing the purchase of a machine to convert hemp stalks into textiles.

“It’s such a large market, but everything is being imported from places like Canada and Australia,” she said. “We need to develop the market here at home.”

Colorado’s top regulator has some advice for industry aspirants.

“Quit thinking of yourself as special. As soon as you consider yourself mainstream, then that’s the start of an industry,” said Duane Sinning, manager of the hemp program at the Colorado Department of Agriculture.

Sinning administers the state’s licensing process for hemp growers, but his unofficial job description requires him to be a sounding board, reality checker and adviser.

He’s neither an advocate nor a naysayer for an upstart agricultural sector that grapples with the disconnect between state legality and federal illegality.

“It’s a plant. I don’t get tied up in the politics of it,” said Sinning, who previously worked at seed company Benary.

Colorado growers last year registered to plant 1,811 acres, though only an estimated 200 acres were harvested. Sinning said some registered just for the novelty of having a license.

But under Sinning’s watch — he joined the department last June — growers have registered this year for 2,830 acres outdoors and 467,000 square feet in indoor facilities.

“It’s still a niche crop,” he said, “but there is potential.”

A hemp plant’s seeds, flowers and leaves hog all the glory for conversion into an array of trendy cosmetics, food additives and nutraceuticals.

What remains are the decidedly unglamorous stalks.

But stalks, too, will have their day under a couple of initiatives by Colorado entrepreneurs.

“The average consumer has no idea about the versatility of industrial hemp plants (or) about their healing and nutraceutical qualities,” Lehrburger said in a recent article published in The Cannabist.

“This could really help get the industry going,” Loflin said. “Until now, there really hasn’t been an industrial infrastructure for hemp in Colorado.”

Before Congress passed a new farm bill in 2014, major universities wouldn’t even talk about hemp, much less study it, for fear of losing federal contracts and funding.

Now it’s a burgeoning field of research at institutions including Colorado State University and University of Colorado.

Bob Sievers, a professor of chemistry and biochemistry at CU, is investigating hemp at the Boulder campus and in a private enterprise.

The university research focuses on testing the properties and efficacy of highly refined varieties of cannabinoids. Outside of CU, Sievers is chief scientist at Colorado Can LLC, a firm studying alternative delivery mechanisms for cannabinoids, such as inhalers and wafers that absorb directly into the bloodstream.

Similarly, CSU College of Agriculture professor John McKay is conducting on-campus tests of hemp varieties while also working at New West Genetics, a firm developing seed strains that could be sold in commercial quantities to farmers.

“I’ll predict,” Sievers said, “that 10 years from now, hemp will be one of the most important industries in Colorado.” 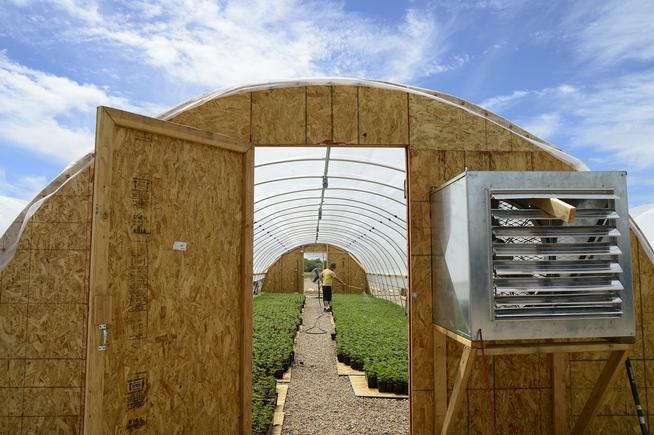