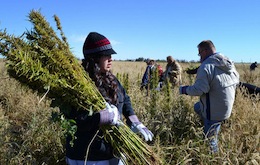 Washington D.C. – By any measure, the U.S. hemp industry is playing a hot hand these days. Retail sales of hemp products jumped by a whopping 24 percent last year, with Americans gobbling up a record amount of food, lotions, soaps, clothing, paper products and even auto parts made from hemp fiber. While growing hemp remains illegal as a drug banned by the federal government, experimental plots have been planted in Kentucky and Colorado since Congress approved them for research purposes this year. A bipartisan coalition is growing, with Republican Sen. Rand Paul of Kentucky boasting last year that he owns a hemp shirt and Agriculture Secretary Tom Vilsack suggesting in March that Ukraine might ultimately provide the United States with a good supply of industrial hemp seeds.

On Thursday, the hemp industry showed its new muscle on Capitol Hill, convincing the Senate Appropriations Committee to approve a plan that would block federal agencies from spending any money to enforce anti-hemp laws in states that have received permission to grow the plant. The vote, on an amendment to a larger spending bill, was 22-8. The proposal emerged after the Drug Enforcement Administration last month seized a shipment of Italian hemp seeds destined for Kentucky. Eventually, the state got its seeds, but only after suing the federal government. “DEA is a bit of a lost rogue agency. They just don’t get it,” said Eric Steenstra, executive director of the Hemp Industries Association, a trade group that represents hundreds of hemp businesses. “They’ve been continuing to sort of have a hard time accepting the new reality.”

Craig Lee, a board member of the Kentucky Hemp Growers Cooperative Association in Lexington, said hemp provided a big opportunity for his state, especially with the troubles facing the tobacco industry. But he said it made little sense to have federal drug enforcement agents thwart efforts to revive the crop, which thrived in the state decades ago. “We need to stop the DEA,” Lee said. “That organization needs to be taken down at the knees and disbanded. Get totally rid of it and throw it in the grave with Richard Nixon.”

The vote could go a long way in determining the power of states to implement their hemp plans, since the full House of Representatives passed a similar plan last week, approving two similar amendments offered by Reps. Thomas Massie, a Kentucky Republican and Suzanne Bonamici, an Oregon Democrat. The issue now will go to the full Senate for a final vote, expected this month. The industry has one particularly powerful ally on Capitol Hill: Kentucky Republican Mitch McConnell, the Senate minority leader. He teamed with Oregon Democratic Sen. Jeff Merkley to offer the amendment when Senate appropriators set 2015 spending levels for the Justice Department, which oversees the DEA.

McConnell released a statement after the vote that said the amendment would help prevent the DEA or other federal agencies from blocking pilot programs. “These legal pilot programs authorized by my legislation could help boost our state’s economy and lead to future jobs,” he said. Kentucky and Colorado are among 15 states — the others are California, Hawaii, Indiana, Maine, Montana, Nebraska, North Dakota, Oregon, Tennessee, Utah, Vermont, Washington and West Virginia — allowed to grow hemp for academic and research purposes by meeting conditions set out in the latest farm bill, which Congress passed in January, according to Vote Hemp, a group that’s lobbying to legalize hemp. Pro-hemp bills have been introduced in 33 states in recent years, including 25 this year, the group said.

DEA chief Michele Leonhart is among the fiercest anti-hemp officials in the Obama administration. In January, she told a sheriffs’ group that the low point of her 33-year career came last July 4, when Congress allowed a hemp flag to fly over the Capitol. Steenstra said Congress was sending a clear message to the DEA to back off hemp growers, marking yet another win for the industry. “It’s clear that we’re in a new phase here,” he said. 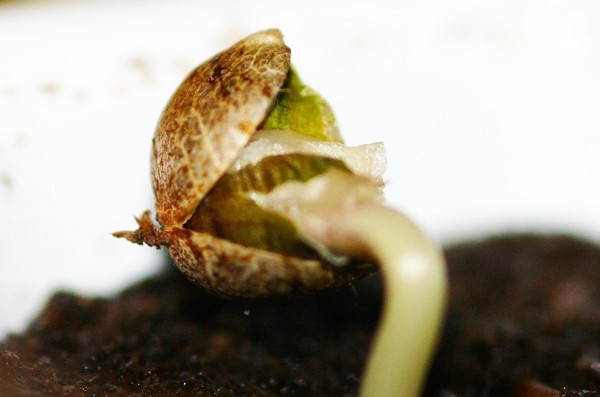