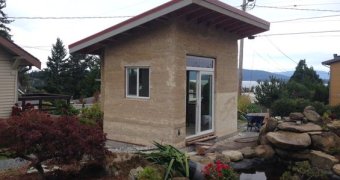 Sixteen years after delving into the world of natural building, Jayeson Hendryson and Kim Brooks say they are in full-on research and development road, and preparing to take their business to a whole new level.

This past week, the couple unveiled their plans for a “tiny hemp house,” one of which is currently under construction on their Bowen Island property.

The house is based on a smaller one they built for a mushroom farmer in Alberta. The current design is 530 square feet, with two loft-style bedrooms, built onto a metal skid that allows the house to be moved from place to place.

The walls, of course, are made from “hempcrete,” a material created by Hendryson, inspired by the couple’s quest for a “benign building material.”

“We used to live in a conventionally built house that had mold in the walls and I came down with pneumonia,” says Brooks. “So that was one issue. We also wanted something non-toxic, something that would last. And I hate rats, so we wanted something that was pest-proof – (lime is a primary ingredient in hempcrete, and it is toxic to rats and other pests, so they don’t bother with it. ) if rats or carpenter ants eat this stuff they die…”

“In my early twenties I visited an idyllic yet disfunctional West Coast island – there was no adequate housing, the power was always going out, the food was expensive… there was this huge disparity of wealth. I started asking, what’s missing here? And I realized there is no real community, no long term attachment, if people are constantly forced to move. I started to think that from a place of strong shelter, a strong community could develop.”

Over the past decade, much of Hendryson’s work has taken him away from Bowen, often to northern BC and Alberta. Last spring, he says, he was motivated to drop his work there and re-focus on Bowen in part because of news about the housing crisis.

Hendryson and Brooks say they see Bowen as their “lab” for the Tiny Hemp Home, and they are continually improving and refining the product, but would like to bring this concept and the knowledge required to build these homes globally. They are currently in discussions with patent lawyers, as the research that has been done on the energy generation, septic, mechanical, ventilation and thermal solutions of their tiny homes work so well with their hempcrete that they say it is a patent-able, end to end system.

“This is our home, and it is always going to function as our research centre but our mission is’ homes for everyone,” says Brooks. “These houses can be built anywhere. They’re ideal for places where you can actually grow the hemp, which is most of the world except for 46 states in the US.”

As for selling their product locally, Brooks and Hendryson say it would be nice to sell six per year. The couple says they are glad ( to have had several inquiries into Tiny Hemp Hamlets, and are excited to supply to homes but will leave the rezoning to someone else. 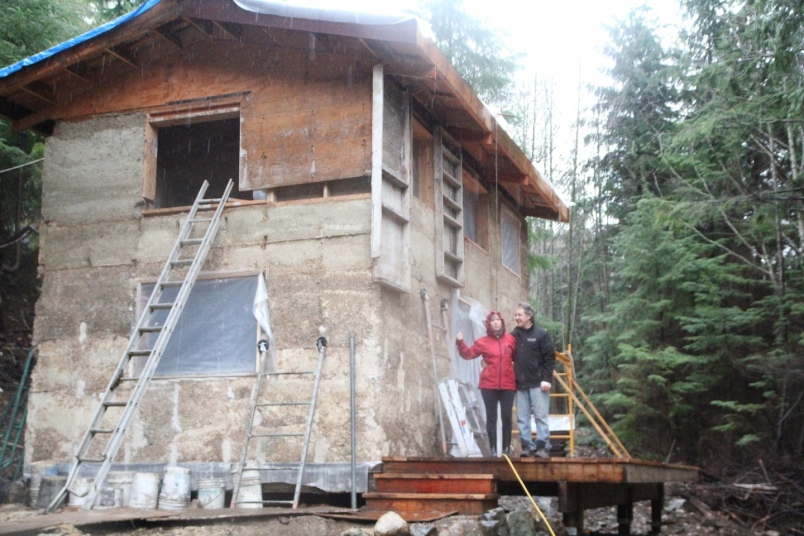