One of Louisville’s most historic sites has gone back to the future. Locust Grove is helping give new life to an old industry.

At one time, Locust Grove was a working farm. More than likely, hemp was one of the crops grown there. Now, for the first time in perhaps 200 years, hemp is back.

Built in 1790 by the brother-in-law of George Rogers Clark, Locust Grove is a popular tourist attraction — but what visitors may not know is that tucked away on a small plot of land nearby is newly planted industrial hemp.

It’s a crop the founders of the estate were likely familiar with.

“People grew hemp for fiber and flax as well, linen. So it’s probable that given the nature of the farming they did, they grew some hemp,” said Locust Grove Executive Director Carol Ely.

The seeds came from Italy, imported by the Kentucky Department of Agriculture as part of its effort to re-grow the hemp industry in the state. This is the first crop planted in Louisville, and is seen as an extension of Locust Grove’s mission to educate.

“We try to tell that story of the first and second generation people who came to this land when it was new, and had to decide how you could make a living here,” said Ely.

In fact, the crop will be harvested using century-old tools and techniques. So far, the results are promising.

“As you can see, we’re watering them now, they need to be nice and moist. But that’s a week’s growth, and they’re already up about that high. They love the Kentucky climate,” said estate gardener Sarah Sutherland.

Locust Grove will also host a hemp festival in August to display hemp products, and to dispel popular myths, including the biggest misconception.

“That you can get high off of it. You will die from smoke inhalation before you would get any sort of buzz off this plant. It’s absolutely impossible,” said Locust Grove Program Coordinator Brian Cushing.

But what is possible is that one of Louisville’s oldest landmarks could be on the cutting edge of Kentucky’s newest industry.

“I hope that other people will learn from this, and that it does become a crop that becomes important to Kentucky’s future as well,” said Ely. 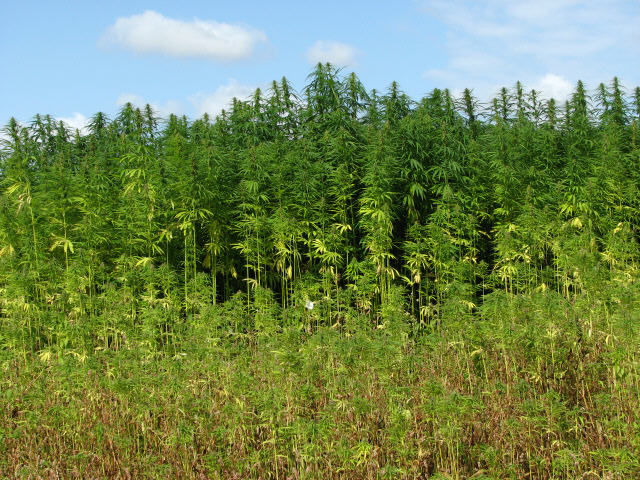 How High THC Levels Can Ruin A Legal Hemp Harvest