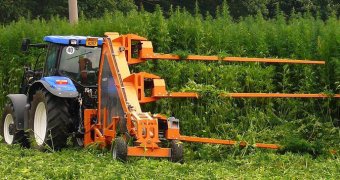 With the number of acres allotted to grow industrial hemp nearly tripling in 2017, this could be the year the crop challenges Kentucky’s reputation as the Bluegrass State.

The Kentucky Department of Agriculture has approved 209 applications from growers who have been approved to cultivate up to 12,800 acres of industrial hemp for research purposes in 2017, nearly three times the number of acres that were approved for the previous year. More than 525,000 square feet of greenhouse space were approved for indoor growers in 2017.

“By nearly tripling hemp acreage in 2017 and attracting more processors to the state, we are significantly growing opportunities for Kentucky farmers,” Agriculture Commissioner Ryan Quarles said in a news release. “Our strategy is to use KDA’s research pilot program to encourage the industrial hemp industry to expand and prosper in Kentucky. Although it is not clear when Congress might act to remove industrial hemp from the list of controlled substances, my strategic objective is to position the commonwealth’s growers and processors to ultimately prevail as national leaders in industrial hemp production.”

Of the 209 approved in 2017, 11 were from processors – that’s in addition to 29 previously approved multi-year processor applications that were not required to reapply. Five universities will also carry out additional research projects in 2017. KDA officials cited the recent decline in commodity prices as one factor that appears to be generating increased interest among Kentucky’s farmers in industrial hemp and other alternative crops.

Applicants were asked to identify which harvestable component of the plant would be the focus of their research (floral material, grain, or fiber); some applicants selected more than one component.

Doris Hamilton, industrial hemp coordinator for the KDA, said that Shelby Countians are included in the project this year.

“There are a total of six approved growers for the 2017 Industrial Hemp Research Pilot Program in Shelby County,” she said.

That compares to two growers who participated in the program in 2106, Courtney Farms and Mulberry Orchard.

The names for the 2017 participants have not yet released, but Matt and Amanda Gajdzik of Mulberry Orchard say they will be participating for the third year in a row.

“We haven’t made our final plans yet as far as what we’ll be growing,” said Amanda Gajdzik. “We’re working with some different companies to see what we will be growing. One of our biggest focuses, to go along with the agritourism market, is to have an educational plot beside our playground so that people can look at it, and we’ve got signage and stuff up there so that they can read about it and learn more about hemp and its uses and development in Kentucky. So our biggest focus is making sure we still have that available to our customers. We’ve been approved for up to ten acres. Last year, we had about six acres and the year before that, we had about thirty acres.”

Gajdzik said that she and her husband had overextended themselves somewhat that first year.

“We scaled down to do a lot more research,” she said. “We had nine different seed varieties and did different nitrogen and density trials within those varieties to see what grew well in Kentucky and what had the most potential.”

She said planting would take place in April or May, depending on the weather.

Mary Courtney was unavailable for comment as to whether she and her husband Shane would continue to participate this year.

One Shelby County farmer who participated in the past, Ray Tucker, said he did not apply again because the project did not turn out as he had planned

“It just wasn’t profitable, and the way crop prices are, we just can’t gamble on a crop we just don’t know much about,” he said.

Last year, United Hemp Industries, located in Shelbyville, participated in the hemp program for the first time, and the owner of the company, Kirsten Bohnert, said they plan to take part this year as well.

“Currently, we are just doing pilot scale processing of niche products,” she said. “We have a wild bird food that’s registered by the University of Kentucky, a wood finish, and we hope to offer some animal bedding material as well. Both the wood finish and the bedding will be new for 2017.”

Bohnert said she has been working with Gajdzik.

“She is one of our farmers,” she said, adding that she has been working with farmers in other counties as well.

Hamilton said overall across the state, participation is more widespread than ever before.

“There is an increase in participation this year,” she said. “Last year hemp was grown in sixty counties, and this year we approved applicants in seventy-two different counties. We have forty different processors that are purchasing the harvesting materials and then conducting the product development and marketing research, so the applications for the pilot program are actually split into two separate categories. You can either apply as a grower or as a processor. One company could do both, and some do.”

Hemp was legalized for test production in Kentucky after decades of being considered illegal because of its relationship and similarities to marijuana, and a number of pilot programs began growing hemp for research purposes in 2014. Before it was outlawed by the Marijuana Tax Act in 1937, Kentucky was a leading producer of industrial hemp.

Hemp has been considered to be too close to marijuana in appearance, which would cause police issues when trying to tell the two apart, however, industrial hemp has less than 1 percent of THC, the psychoactive ingredient in marijuana, compared to 5 to 15 percent in marijuana.

State Sen. Paul Hornback (R-Shelbyville) said even though there has been no progress in hemp legislation at the federal level, he is encouraged with its progress in Kentucky.

“The amount of acres that’s been approved to be grown for next year has increased by about a third, so even though it’s a research project, it’s kind of an expanded research project that deals with opportunities through mass production for bedding and fiber products and those type of things,” he said.

Hamilton said that she too is very excited about the progress the pilot program is making, even though it’s still just allowed for research purposes only.

“There has been no movement on legislation at this point,” she said. “I feel certain that they will reintroduce a similar bill to what they have in previous years, called the Hemp Farming Act that hemp lobbyists and activists and industry groups have been promoting for some time now.” 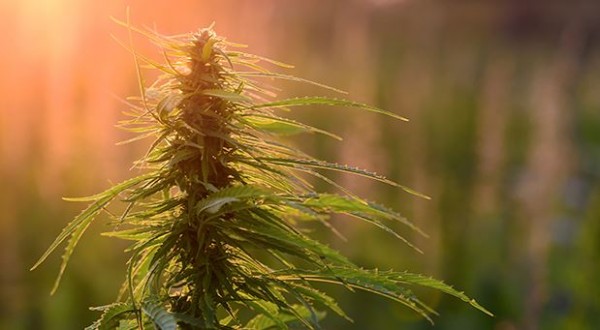 Could Hemp Grow Back To Aid Sustainability Efforts?

IN: New CBD Oil Store To Open In Kendallville