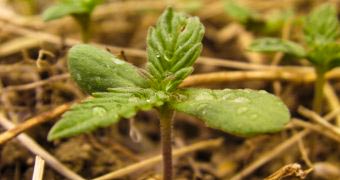 The Navajo Tribe is hoping to begin growing industrial hemp on its native lands next year, but there are numerous hurdles to be cleared before the first seeds can be planted.

The tribe has signed a resolution and entered into the final stages of an agreement with Native American-owned CannaNative, an organization created to help tribes develop hemp and cannabis industries on native lands.

Under federal law, industrial hemp cultivation is prohibited except for research purposes, but in 2014, legislation was passed ruling that Native American tribes had the same right as states to determine their own cannabis policies.

An opportunity for Native American tribes with struggling economies

But the tribe faces an uphill battle.

“Although this is great news for the Navajo and the hemp industry, the road to cultivation will be a long one. In 2014 President Obama signed the Agricultural Act, also known as the 2014 Farm Bill, which gives states and tribes power to pass their own hemp legislation. However, the Navajo Nation plans to grow their crop on a 70,000 acre spread in New Mexico, which is not one of the 27 states to have passed laws regarding hemp cultivation.”

The tribe will not only have to reach agreements at the federal and state level, but within the tribal government as well. One of the issues is THC content:

“In 2000 lawmakers redefined ‘marijuana’ in the Navajo Nation Code to only include Cannabis plants with more than 1.4% THC, laying the foundation for future hemp manufacturing. However, federal law requires THC content of industrial hemp to be 0.3% or less.”

There are also tribal statutes prohibiting cannabis cultivation that require amendment by the council, but there has been “no discussion of doing so,” according to Lorenzo Bates, speaker of the Navajo Nation Council.

Hemp cultivation could potentially bring in more income for tribes than casinos, while creating many new jobs. The plant is easy to grow and can be harvested three times per year. Yearly U.S. retail hemp sales now exceed an estimated $600 million, but the country still depends heavily on imported hemp due to domestic restrictions on cultivation.

The Navajo tribe consists of more than 300,000 people – many of whom live in poverty. The unemployment rate among the Navajo is nearly 50 percent. The tribe would undoubtedly benefit greatly from a large-scale cannabis and hemp cultivation-based economy.

It would seem ludicrous for the Feds to stand in the way of such a potentially beneficial scheme – for both the tribe and the nation’s taxpayers.

If the Navajo are successful in navigating the bureaucracy and can begin growing hemp, other tribes will no doubt try to follow their example.

Arguably, if anyone should have priority regarding the right to cultivate hemp and cannabis in America, it should be those who were already doing it before their lands were invaded and conquered by the Europeans.

Hemp is one of the most – if not the most – useful and beneficial plants on the planet. The senseless prohibition of its cultivation and use must come to an end, and slowly the tide is turning in favor of cannabis and other plant-based medicines.

If common sense and justice prevail, the Navajo and other Native Americans will be permitted to reap and share the benefits of hemp and cannabis cultivation on their tribal lands. To deny them the opportunity would be simply unacceptable. 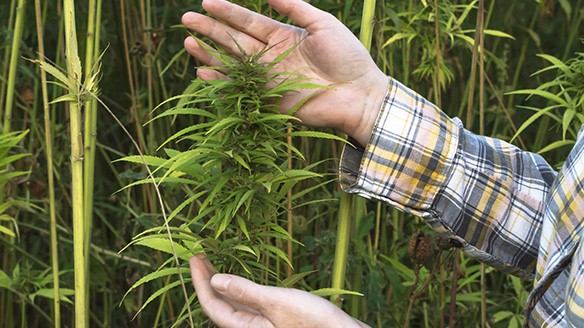 IN: Many State Lawmakers Think Gov. Holcomb Is Wrong On Industrial...