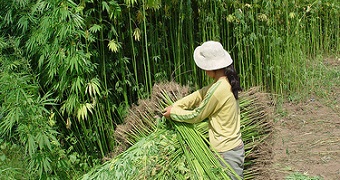 After more than a 40 year absence, the growth of industrial hemp may be coming back to Pennsylvania as lawmakers and farmers push the General Assembly to allow for cultivation of the agricultural product.

Bills have been introduced in the Pennsylvania House of Representatives and Senate to set up a pilot program to research for the cultivation of industrial hemp. The growth of industrial hemp has been banned in the United States since 1970 due to its relation to marijuana.

Before it was banned, Pennsylvania had a long history of growing hemp around the state. Now, the Pennsylvania Farm Bureau has come out in support of growing the product once again.

John Bell, with the farm bureau, said in a prepared release that the production of hemp shows promise as a viable commodity for Pennsylvania farms.

“If the state intends to implement a worthwhile program of hemp research,” Bell said “it must develop a definitive plan that coordinates and prioritizes funding for research activities, so it is prepared to respond to challenges faced by those who grow and market hemp products.”

Currently, the United States imports $650 million worth of hemp – mostly from China.

“We might as well grow it here and let our farmers benefit,” Diamond said. “I certainly want to do something to help Pennsylvania’s farmers. Give them another crop to cultivate and make some money off of.”

There are a lot of misconceptions about industrial hemp that keeps people from supporting these two bill, Diamond said. Many people think hemp is closely chemically related to marijuana, but there’s big differences.

Hemp, a member of the cannabis species, contains very low levels of tetrahydrocannabinol, the substance that leads to the high smokers feel from marijuana.

“You’d have to smoke a cigarette the size of a telephone pole of industrial hemp [to get high],” Diamond said. “And by then you’d probably be sick anyway.”

The farm bureau said it does have some concerns about the legal consequences that Pennsylvania farmers others producing and marketing hemp may face in the wake of federal drug laws that continue to treat all cannabis plants, including hemp plants, as illegal substances.

“The farm bill exception is very limited, and doesn’t guarantee every person engaging in hemp production or marketing will be fully protected from criminal federal drug enforcement and seizures of land and property as contraband,” Bell said.

“In moving forward, the commonwealth and the General Assembly must be vigilant in protecting people, who are acting in good faith and legally involved in hemp production and marketing in Pennsylvania, from extreme federal enforcement action.” 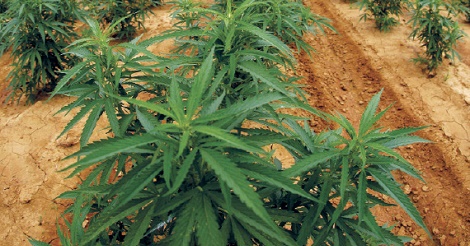 Hemp In Wine? It Will Be In Stores Soon, And Parker...