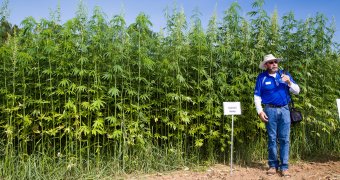 Supporters say industrial hemp has countless uses and believe its benefits are far-reaching. While it was legalized on the federal level in 2014, industrial hemp faces one major obstacle–its relation to another controversial plant.

“It’s a billion-dollar industry and it’s growing, and I believe SC needs to get a piece of the pie,” said Rep. Lucas Atkinson (D-Marion).

Atkinson isn’t wasting any time during his first term representing the Pee Dee trying to help the state’s struggling farming industry. One way is supporting a bill that would establish the “South Carolina Hemp Program.”

“Hemp reform seems like it’s common sense for South Carolina because it’s not getting anyone high or hurting anyone,” said Atkinson.

Supporters say the plan would expand the market and allow farmers to grow enough industrial hemp to support an increasing national demand.

“I just imagine the revenue what industrial hemp could bring in for our South Carolina farmers and our economy as a whole,” said Atkinson.

The bill would let farmers apply for a license to grow the plant and give colleges and universities a chance to research it. Industrial hemp, while grown from a plant similar to marijuana, is not psychoactive, meaning it won’t get anyone high, though it does have plenty of positive uses.

“There’s lots of different things that you can grow hemp for,” said Janel Ralph.

Ralph is the owner and CEO of Palmetto Harmony, a company that makes a line of hemp products. She started the company to meet the demand for quality hemp oil and food products that many say that have changed their lives, including her daughter Harmony’s.

“We’ve gotten a 90 percent seizure reduction from her being able to access hemp oil from the hemp plant,” explained Ralph.

Many fear allowing industrial hemp means the possibility of real marijuana being grown as well. Ralph said farmers can’t grow the two anywhere near each other without ruining their crop.

“You’re gonna get very low yield, very low THC,” she said, referring to any marijuana grown near industrial hemp. “It wouldn’t be sought on the open market.”

One more interesting use for industrial hemp, the door panels on BMW’s made right here in South Carolina. That hemp, though, is imported here from other states like Kentucky, at least for now.

House Bill 3559 has been referred to the Committee on Agriculture, Natural Resources and Environmental Affairs for further discussion. 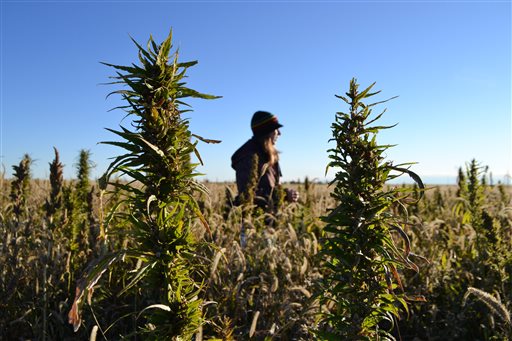 In A Bid To Seize The Hemp Lead, Colorado Is Set...

With A Push To Loosen Federal Hemp Laws, High Hopes For...