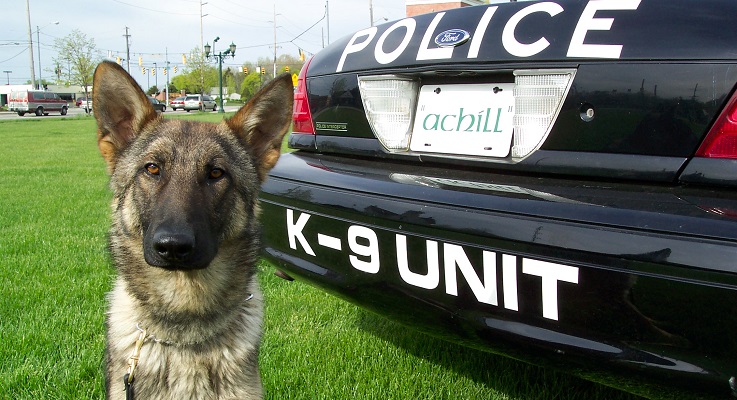 As soon as the door opened, drug detection dog Roxy pranced into the room and got to work. Her nose went straight to the ground and burrowed into every corner of the carpet even though she recently retired from police work.

Out in the parking lot, Max, a black Labrador, ran circles around a car to demonstrate his job. Following his handler’s direction, the newly trained detection dog sniffed the car for evidence of drugs.

Both dogs worked for the same goal alongside Corvallis Police Department officers. But due to changes in the law, there’s now an important difference between each dog’s job description, specifically, the types of drug odors they are trained to detect.

Max and his handler, Officer Adam Hackstedt, have stepped in for Roxy and her former handler, Officer Gabriel Sapp. Roxy, a border collie and Labrador mix, recently retired with the department after almost eight years due to the passing of Measure 91, which legalizes recreational marijuana for those over 21. The law will take effect July 1. Many police departments need to replace “four-odor” dogs, trained to detect marijuana, cocaine, heroin and methamphetamines, with “three-odor” dogs like Max, trained to detect other narcotics but not notice marijuana.

The switch for the Corvallis Police Department reflects a statewide move away from dogs that can detect marijuana.

Officer Rob Havice, Oregon Police Canine Association (OPCA) detection chairperson and Medford Police Department K-9 handler, said he anticipates the state will move toward using almost all dogs that don’t find marijuana. Havice said he oversaw the certification of about 20 new teams for the OPCA so far this year in light of Measure 91.

“I’m looking forward to seeing how it is going to change the K-9 world,” he said. “I don’t think we’ve really seen the full effects.”

In Corvallis, Max is just getting his feet wet as a detection dog.

Hackstedt, Max’s handler, described his new partner as a “bull in a china shop” because of his energetic behavior. Hackstedt will have served with Corvallis police for six years in August.

“(Max) is not afraid of slick surfaces, elevated surfaces, tight spaces,” Hackstedt said. “For our job, we need him not to be afraid of jumping.”

Max became certified to work May 22. Drug detection dogs have to pass a test that has multiple sections, requiring them to locate drugs in luggage, cars and rooms or other spaces, Havice said. Any mistakes are an immediate failure and dogs go back for more training.

As a drug detection dog, Max alerts his handler by sitting down when he smells drugs. He hasn’t been on the streets for very long, but in that time has helped discover $23,000 in cash and four guns, according to Lt. Cord Wood, the police department’s public information officer.

Dogs are with their handlers all the time, Hackstedt said.

Max, now about 18 months old, cost about $3,200, according to Wood. Hackstedt selected Max from Pacific Coast Canine Kennel in Custer, Wash., and they trained together for five weeks before his certification.

Max has a lot to learn before becoming an expert like Roxy, Hackstedt said.

During her time at the department, Roxy’s finds, “solely based on her nose,” Sapp said, led to 162 arrests out of her nearly 400 assignments. Since joining the department in 2008, she has assisted eight other agencies around the state, he added.

One of Roxy’s most memorable successes was when she crawled into a truck engine to find an ounce of methamphetamine hidden on the air-conditioning condenser. If not for Roxy, the material probably would not have been discovered, Sapp said.

He admits that Roxy’s retirement is “bittersweet.” Now she lives with Sapp as the family pet.

“I didn’t realize we’re old,” Sapp said, reflecting on their time together. “Having her has forced me to be a better police officer. I worked so hard with her. It’s hard to let that go.”

Sapp is one of many Oregon police officers who could have their K-9 partners retire or be relocated in upcoming months.

Many dogs that detect marijuana may still work in prisons, be sent out of state or paired with probation officers whose clients can’t be in possession of the drug, Havice said.

Havice has worked as a K-9 handler for 17 years and trained police dogs for the past decade, he said. He understands how hard police officers work with their dogs and still remembers his first K-9 partner.

“I guess I didn’t realize how much I was going to enjoy it,” he said. “There’s nothing quite like your first dog. The first one is very impressionable.” 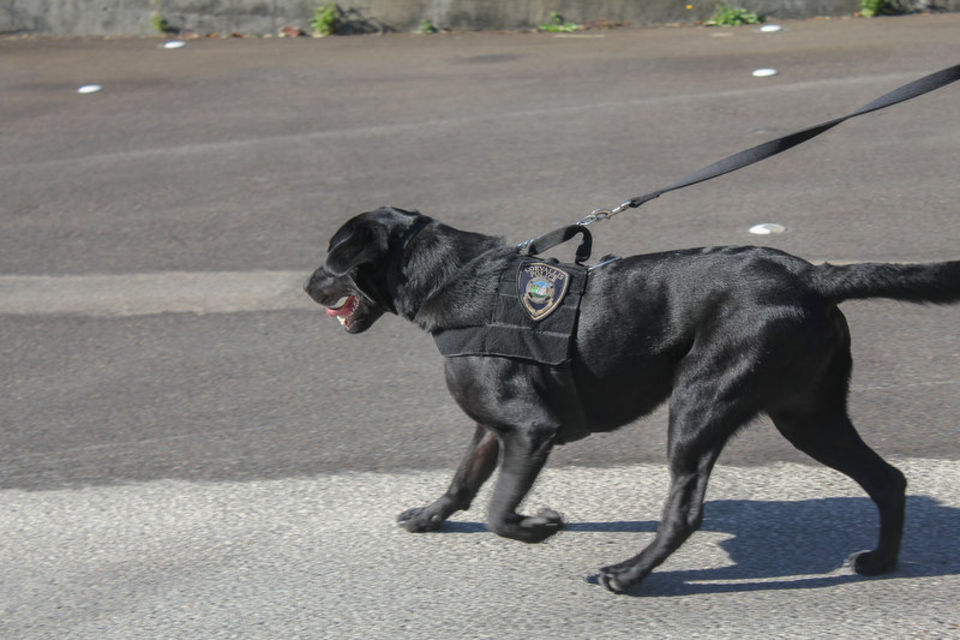 Harvard Study: This Is What Happens To Your Brain If You...