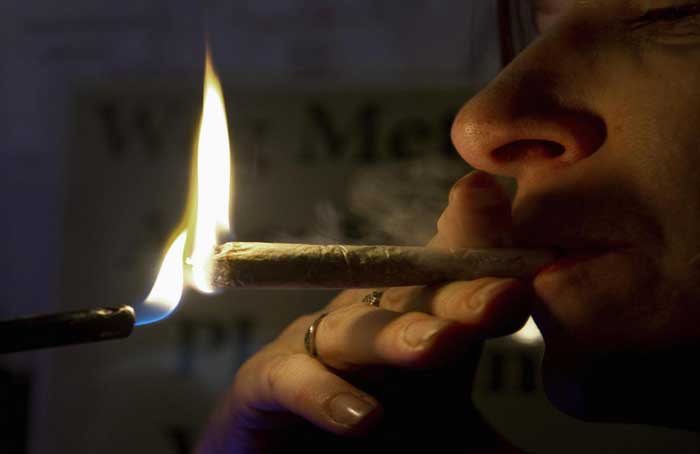 Officials who say recreational marijuana can help close budget holes may be on to something.

The average consumer of legal recreational marijuana spends $111.05 per month on marijuana products, according to a new LendEDU poll of 1,000 consumers.

Of them, 27.6 percent of respondents said they spend more money per month on marijuana than on eating out, the study found. LendEDU is a New Jersey-based online marketplace for student loans and other financing topics.

“The point to be made is that in states where marijuana has become recreationally legal, the consumption of the drug has become both a priority and lifestyle choice,” LendEDU research analyst Mike Brown wrote, adding that more than 50 percent of consumers surveyed actually include marijuana expenditures in their monthly budgets.

Eight states and the District of Columbia have passed laws legalizing marijuana for recreational use.

Earlier this year, Pennsylvania Auditor General Eugene DePasquale urged state officials here to follow suit, arguing that it could generate at least $200 million in annual revenue, in addition to reducing the costs and social stigma of marijuana-related arrests.

Colorado saw $129 million in tax revenue on $1 billion in marijuana sales last year, DePasquale said. Given that Colorado’s population is less than half the size of Pennsylvania’s, DePasquale called his calculation of $200 million in annual revenue a “conservative” estimate of how much Harrisburg might pull in.

In the meanwhile, as the LendEDU study pointed out, consumer spending on legalized pot continues to bloom amid a highly competitive retail landscape.

“Because of an over-saturated market where marijuana retail stores are as common as the Golden Arches of McDonalds, people have more access to make purchases than at any other point in history,” Brown wrote. “This access has simultaneously led to more consumers buying more cannabis products, but at a cheaper price thanks to competition and less costs for the marijuana retailers.”