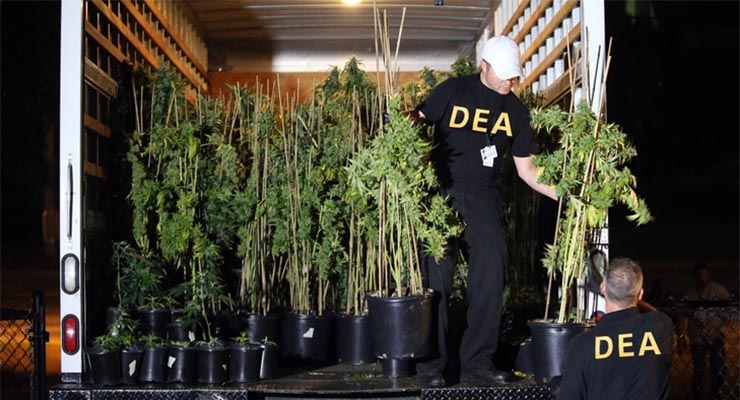 We knew that the Trump administration would, in all likelihood, usher in a tough new era for marijuana legalization. But the DEA, or Drug Enforcement Agency, is jumping the gun. In the Federal Register dated December 14, 2016, DEA Acting Administrator Chuck Rosenberg effectively made it illegal to use cannabinol, or CBD, as it’s commonly known. CBD and CBD oil are cannabis extracts, most often used to treat people with certain medical conditions.

But this new rule makes CBD a Schedule I controlled substance.

“The Drug Enforcement Administration is creating a new Administration Controlled Substances Code Number for ‘Marihuana Extract.’ This code number will allow DEA and DEA-registered entities to track quantities of this material separately from quantities of marihuana,” the Federal Register said. “This, in turn, will aid in complying with relevant treaty provisions.”

That last bit about treaty provisions? That’s the justification for the move. It’s meant to make the United States more compliant with treaties and agreements involving drug and narcotics control. What the DEA is doing isn’t actually creating a new law, but rather addressing a gray area in existing law. Marijuana is still federally illegal, though some states have passed their own legality laws. This new “code number” brings “marijuana extract,” or CBD (for example), under the Schedule I umbrella.

Why is this a problem?

CBD is one of two main components of cannabis. The other is THC, the compound that produces a “high.” Typically, people who use marijuana recreationally are looking to get high. So, they are looking to consume THC. CBD, on the other hand, does not produce a high, or any psychoactive effect. Instead, it’s almost exclusively used by medical marijuana patients to treat illnesses.

It’s an extract that has promising medical value, and by placing it under the Schedule I umbrella, the DEA is doing more harm than good. They’re basically taking medicine from sick people with this move. It’s really hard to justify. Maybe even an indefensible move. There isn’t much reason to keep marijuana as a Schedule I drug, let alone extracts like CBD.

If it’s that hard to justify the federal prohibition of marijuana in general, justifying CBD as a Schedule I substance is damn near impossible. Here are five reasons the DEA’s decision regarding CBD is absurd.

1. CBD doesn’t fit in with other Schedule 1 drugs

In the DEA’s own words, “Schedule I drugs, substances, or chemicals are defined as drugs with no currently accepted medical use and a high potential for abuse.” Examples include heroin, LSD, and ecstasy. While you could argue that even those drugs may have medicinal value, including cannabis, and cannabinol especially, on this list is hard to justify. “Medical use” is the operative phrase here. And you don’t hear about too many people struggling with abusive relationships with CBD oil.

2. It’s not psychoactive, addictive, or dangerous

While it’s possible to abuse marijuana (along with anything else), dependence and addiction are rare. But when it comes to CBD specifically? It’s not psychoactive (that’s THC); it’s not addictive; and there are no known negative side effects. In fact, CBD has been found to help people kick addictions to other substances. Again, this doesn’t fit the description of a Schedule I drug.

3. Government research has shown it to have medical benefit

We mentioned that “medical use” was an operative term, used by the DEA. Also, CBD oil is used to help treat addiction, which is a medical use all on its own. So, clearly, there’s a conflict here. And the government’s own research has reached conclusions that fly in the face of the DEA’s decision. In 2015, “the NIH supported 281 projects totaling over $111 million on cannabinoid research. Within this investment, 49 projects ($21 million) examined therapeutic properties of cannabinoids, and 15 projects ($9 million) focused on CBD.”

The government must see some sort of promise in CBD to spend more than $100 million researching it. Some medical uses that we know about so far? A treatment for psychosis and schizophrenia, and it helps kill cancer cells.

4. The DEA may have overstepped its authority

Interestingly enough, the DEA may have actually overstepped its legal authority in its ruling on CBD. According to a report from Leafly, which spoke with a Denver-based marijuana attorney, the agency can’t actually make these types of judgments.

“This action is beyond the DEA’s authority,” attorney Robert Hoban said. “The DEA can only carry out the law, they cannot create it. Here they’re purporting to create an entirely new category called ‘marijuana extracts,’ and by doing so wrest control over all cannabinoids. They want to call all cannabinoids illegal. But they don’t have the authority to do that.”

Hoban said the matter will probably end up in court.

The biggest issue with the DEA’s judgment? It hurts people. Plain and simple.

People use CBD to treat medical conditions. It doesn’t get you high, as it’s not THC. CBD isn’t a substance you take to the bars to try and use as a social lubricant. It’s a tool that sick people use to improve their lives. Scheduling it among the world’s most dangerous drugs is truly indefensible.

You may remember the story of the Colorado girl suffering from life-threatening seizures, and who used the marijuana strain Charlotte’s Web to alleviate them. She used that strain for one reason: It was rich in CBD, rather than THC. CBD was the only thing that helped, and effectively saved her life. There are many other people dealing with similar issues.

By making it federally illegal to possess or use CBD? The government isn’t helping anyone. It’s only hurting people. 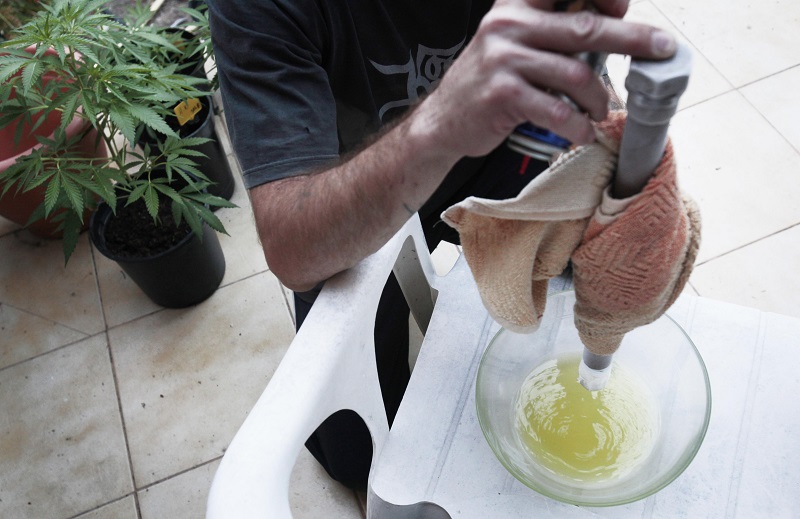 Marijuana Has Won The War On Drugs

Medical Cannabis for Autism: The Story of Mieko and Joey Perez