The days of Reefer Madness are pretty far gone, but the American public is still vastly uninformed about marijuana, particularly concerning its myriad of amazing health benefits. Here are 10 (out of countless) health benefits that marijuana possesses. With that said, it’s simply baffling that medical marijuana is not legal in most of the country, and still there retains such a negative reputation. So, if you have one of these conditions, now might be a good time to call up your cousin’s dealer.

There is a lot of unfounded rhetoric that states smoking pot can cause lung cancer because your inhaling smoke, like cigarettes. This simply isn’t true. Cigarette smoke causes cancer because the tobacco is radiated whereas marijuana isn’t. In fact, the American Association for Cancer Research has found the marijuana actually works to slow down tumor growth in the lungs, breasts, and brain considerably.

Marijuana is a muscle relaxant and has “antispasmodic” qualities which have proven to be a very effective treatment of seizures. There are actually countless cases of people suffering from seizures that have only been able to function better through the use of marijuana.

Since medicinal marijuana was legalized in California, doctors have reported that they have been able to treat more than 300,000 cases of migraines that conventional medicine couldn’t through marijuana. And that’s NOT just because it’s easy to fake having migraines, right? RIGHT?!

Marijuana’s treatment of glaucoma has been one of the best documented. There isn’t a single valid study that exists that disproves marijuana’s very powerful and popular effects on glaucoma patients. Beat that, DEA!

Marijuana’s effects on multiple sclerosis patients became better documented when former talk-show host, Montel Williams began to use pot to treat his MS. Marijuana works to stop the neurological effects and muscle spasms that come from the fatal disease.

Just like marijuana can treat seizures and multiple sclerosis, marijuana’s effects slow down the tics in those suffering from Tourette’s, and the obsessive neurological symptoms in people with OCD.

A well documented USC study done about a year ago showed that marijuana is not only a perfect alternative for Ritalin but treats the disorder without any of the negative side effects of the pharmaceutical.

Marijuana has shown that it can help with symptoms of the chronic diseases as it stops nausea, abdominal pain, and diarrhea.

Despite what you may have heard about marijuana’s effects on the brain, the Scripps Institute, in 2006, proved that the THC found in marijuana works to prevent Alzheimer’s by blocking the deposits in the brain that cause the disease.

Next time your girlfriend is complaining that you smoke too much weed, hand her a joint. Just like marijuana is used to treat IBS, it can be used to treat the cramps and discomfort that causes your girlfriend to lash out at you. Using marijuana for PMS actually goes all the way back to Queen Victoria. Put that in your pipe and smoke it. 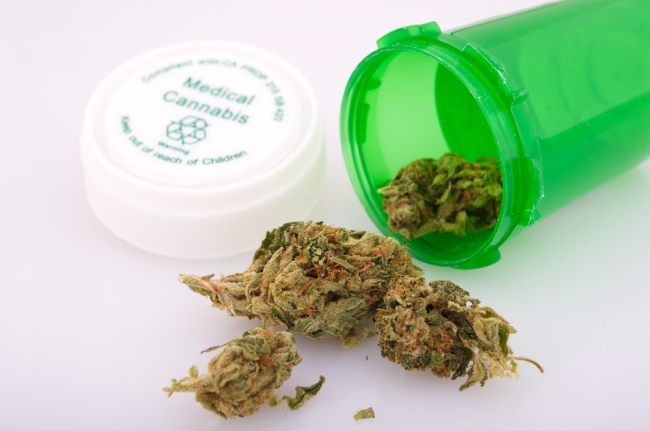