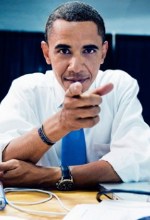 In an interview with Canadian news magazine Maclean’s last week, Gil Kerlikowske, President Obama’s Director of the Office of National Drug Control Policy, stated that despite recreational legalization in Washington and Colorado, they would still go after distributors and growers in both states. “You’ll continue to see enforcement against distributors and large-scale growers as the Justice Department has outlined. They will use their limited resources on those groups and not on going after individual users,” said Kerlikowske, who is also a former Seattle Police Chief.

In an interview with ABC News, soon after the November legalizations in Washington and Colorado, President Obama said, “We’ve got bigger fish to fry. It would not make sense for us to see a top priority as going after recreational users in states that have determined that it’s legal.”

It is likely President Obama chose his words carefully by only mentioning individual users and not distributors or growers, despite many being led to believe there would be no federal interference at all within the two states.

Back when running for president in 2008, Barack Obama stated that medical marijuana was an issue for state governments, not the federal government. “I’m not going to be using Justice Department resources to try to circumvent state laws on this issue,” he said, promising to end raids on medical marijuana dispensaries seen under the Bush Administration. Many soon learned his real intentions when the DEA raided four times as many marijuana dispensaries as Bush, in half the time.

Inslee also said he “thinks (Holder) is going to give us an opportunity to make our case to allow us to express and give effect to the voters’ will,” leading many to question why no solid statements on Holder’s position were given.

At this time no mention has been made over whether the federal government will be going against all distributors and growers, or just those who aren’t going through the proper channels under Washington state law to do so.

Also this month, Washington State Rep. Matt Shea (R) introduced legislation to permit the development of an industrial hemp industry within state. Whether or not the federal government will attempt to derail this remains to be seen.

“The constant contradictions coming out of this administration lead to a massive amount of uncertainty, but the bottom line is, according to the Commerce Clause of the U.S. Constitution, anything made and sold that stays within the state of Washington is beyond their jurisdiction. Also there are states’ rights under the 10th Amendment,” noted Rep. Shea.

At this time, it appears both Colorado and Washington will move forward with the legalization process. Washington state is currently accepting applications for newly created pot consultant positions with the Washington State Liquor Control Board.

Drug Enforcement Administration Will Not Call For Reclassifying Marijuana