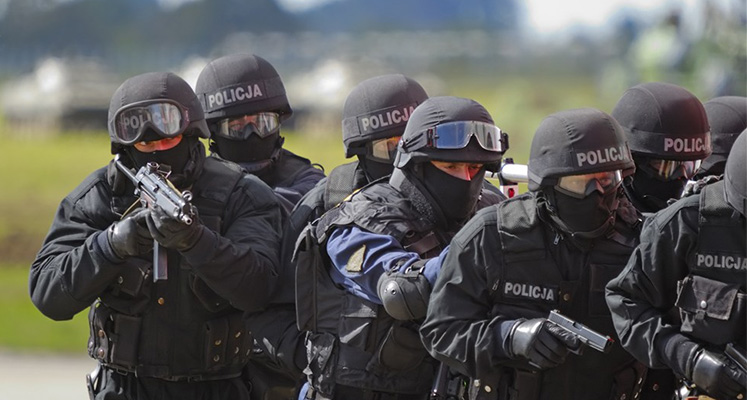 Last week California’s pot legalization initiative, the Adult Use of Marijuana Act, qualified for the ballot in November, setting the stage for a vote that will have ramifications far beyond California’s borders.

There are several reasons why if the AUMA passes, it will make California the heaviest domino to fall in the nationwide effort to legalize marijuana, the most obvious being the state’s size and the sheer number of people who would have access to legal weed. One in 10 Americans lives in California, while the Los Angeles basin alone is home to more people than Colorado, Oregon, Washington and Alaska – the four states that have so far legalized adult use marijuana – combined. California also has the sixth largest economy in the world, allowing the rest of the country to draw solid conclusions about the financial impact of legalization.

The Golden State is also known as a trendsetter with the power to break down stereotypes. Having pioneered medical marijuana in 1996, California is a leading exporter of cannabis policy and culture. If California legalizes, the way it goes about doing so will set a standard going forward for other local and national governments to follow.

“It really is the state that wags the tail of the nation, so if California’s 55 senators and representatives in Congress were to be in favor of legalization, then it would be a total dynamic change,” says Allen St. Pierre, executive director of the National Organization for the Reform of Marijuana Laws, or NORML. Other states like Colorado and Washington give us models of how legalization can look, he continues, “but none of them has enough national sway so as to be the template for the rest of the country where possible.”

California influences other states, as well the federal government. “We see California as a tipping point to end federal prohibition,” says Lynne Lyman, California state director for the Drug Policy Alliance. If legalization passes, overnight a plurality of the United States population will reside within cannabis-legal states, and the federal government will be forced to reckon with the “marijuana question,” she says. Moreover, California can make the biggest difference in regard to international drug cartels, especially in Mexico. “Colorado has begun to undermine the marijuana cartels, but I think [legalization] in California might cut their legs out from under them,” Lyman adds.

California will become the new “gold standard” for legalization, she says. Other states can look to California for guidance on cannabis revenue allocation, community assessment, environmental protection, anti-monopoly provisions, drug education for juvenile possession of cannabis, expunging marijuana convictions and banning regulators from denying licenses to those with prior drug felonies.

First and foremost, the AUMA would legalize cannabis for adults 21 and older. In doing so, it would also herald a new economic program to offset the effects of prohibition and the Drug War. If passed, the measure would impose a 15 percent retail tax on cannabis, projected to generate up to $1 billion in revenue, as well as $100 million annual savings, to fund public university research on legalization ($10 million), DUI protocols ($3 million), medical cannabis research ($2 million) and support for communities most devastated by the Drug War ($50 million over five years). Everything left over would go to environmental cleanup from illegal grows (20 percent), law enforcement (20 percent) and youth drug prevention, treatment and education (60 percent).

The initiative would set up 19 different kinds of licenses for various sized growing operations, retailers and small-scale micro-businesses, such as “bud-and-breakfasts” with an on-site grow operations. Licenses for the largest scale cultivators would be banned for the initial five years of the program to offset immediate monopoly interests.

Additionally, people with prior marijuana convictions could petition to reduce or expunge them from their records – no matter whether they are still in jail, on probation or parole, or have already finished their sentences.

“We see 2016 in some ways as potentially the last year where social justice drug policy reforms are leading the marijuana legalization battle, as this becomes a full-fledged industry,” says Lyman. Capitalist motives could take charge, pushing socially conscious policy to the sidelines.

If the AUMA fails, however, activists worry it could have a depressing effect on other legalization efforts and extend the end of prohibition. “Having California lose would be a tremendous setback,” says Lyman. “We cannot afford to lose.”

Yet, while polls show that a 60-percent majority of Californians favor legal marijuana, the state is rife with debate over what that should look like. For the past 20 years, California has enjoyed a lenient, highly unregulated, untaxed medical marijuana program. For a handful of activists who have fought long and hard to legalize cannabis, the AUMA is far from perfect. “The higher the taxes and the tougher the regulations, more people could be inclined to stay in the underground market,” says Dale Gieringer, director of California NORML. Some jurisdictions are even considering marijuana taxes over 15 percent, such as 20 percent in Santa Barbara.

So while some Californians fear over-regulation, citing how easy it already is to obtain tax-free medical marijuana, Lyman says medical and decriminalized cannabis don’t go far enough. “Marijuana is only practically legal for white people. If you are brown or black, you’re still getting arrested or getting an infraction, despite medical and decriminalization,” she says. California still sees over 13,000 felony arrests per year for marijuana, mostly targeting black and Latino young men. America overall sees about 750,000 annual arrests for marijuana.

Others, however, reject legalization as the end-all-be-all in the debate. “When I see what’s going on in places like Colorado, we’re foolishly going down the path of creating another Big Tobacco. The idea that we would think of legalization as a public-health success is misguided unless you’re in the business of making money off addiction. That’s what this is about: money,” says anti-legalization activist Kevin Sabet, founder of Smart Approaches to Marijuana. Legalization isn’t about mom-and-pop pot stores, Sabet says. “It’s about, in the words of one ‘ganjapreneur,’ creating ‘the Wal-Mart of Marijuana.'”

Nonetheless, the industrialization of cannabis is inevitable and has already taken root across the country. “If the regulation [in California] is successful, it will be a validation point for the industry. However, if it fails due to overregulation, opponents to legalization will use it as an example of why cannabis for adult use should remain illegal,” says Derek Peterson, CEO of Terra Tech, a cannabis agriculture company. “All eyes will be on the passage [of the AUMA], but more importantly, over time, the success or failure will be measured and used to either further or halt any national progress.”

Legalization in California opens up a conversation at national and international levels, says Chris Conrad, a court-qualified expert witness on marijuana, author and activist influential in shaping California’s medical marijuana laws. Even if the AUMA isn’t perfect, it’s a starting point from which California and the nation can continue to see progress. “The initiative allows for more changes and improvements. Look at all this progress we made with marijuana illegal. Just think of what we can do when it’s legal,” he says.

Conrad points out that if California legalizes, the entire American West Coast from Alaska through Baja will have legal marijuana. (Canada will likely legalize in 2017, too.) “That’s a huge chunk of the country, and it sends a message to the rest of the world that it’s OK to do this,” says Conrad. “Once California legalizes marijuana, people will say it’s done. Remember we came from zero tolerance, and now we’re talking about how much marijuana should a person be able to carry around legally. I think it’s time to cash in some chips. It’s a deal-breaker for the Drug War.” 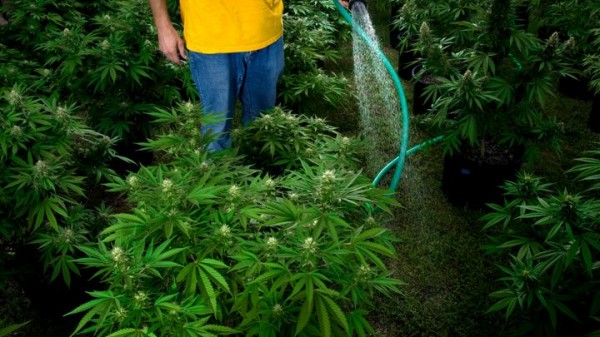