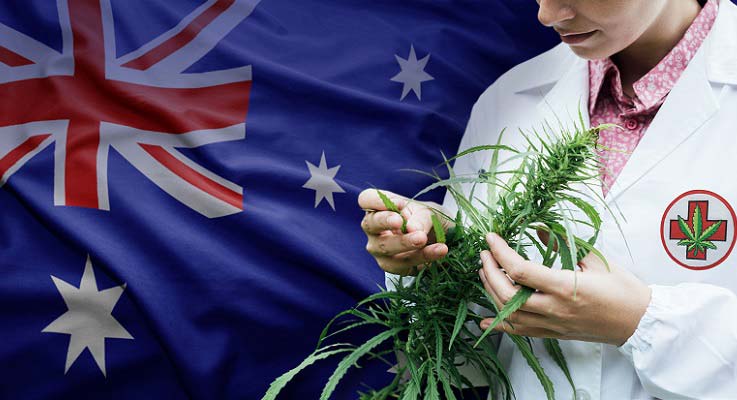 There has been talk in recent times of medicinal cannabis being legalised in Australia and some have been waiting with bated breath for the announcement.

And the Victorian government has finally passed its bill, with some people now able to manufacture and consume the drug.

Victoria is the first state in Australia to legalise medicinal cannabis, with a cultivation trial about to get underway.

But how exactly does it work and what does it mean for you?

WHAT IS MEDICINAL CANNABIS?

It stems from the drug, marijuana, which is made up of cannabinoids and many believe it can be used to treat chronic illnesses or alleviate symptoms.

University of Melbourne psychiatrist Professor David Castle said it would be beneficial to people who were not getting the desired treatment from their current medication.

Recreational use of marijuana is illegal and Prof Castle said people were understandably concerned the legalisation of medicinal cannabis would lead to addictions and various side effects.

But he believed it would be manufactured and controlled in a way so this was not an issue.

“A lot of medications we use are potentially addictive and have potential side effects,” he said.

“There’s no reason why we shouldn’t expect this to become an important part of pharmacopoeia.”

WHO CAN GET IT?

Children with severe epilepsy will be able to access medicinal cannabis from next year.

So far the government is just focusing on this one group of patients while cultivation and manufacturing industries are set up in the state to support ongoing supply.

It could be extended to people with other serious illnesses in the future and Prof Castle said medicinal cannabis could be beneficial to people with a whole range of diseases.

“It’s helpful for people with muscular dystrophy and cancer,” he said.

“It has elements that can stimulate appetite and is good for people with anorexia and beneficial to people with HIV and AIDS.”

Prof Castle said it was believed medicinal cannabis also took away nausea that is a side effect of chemo.

HOW DOES IT WORK?

In Victoria, medicinal cannabis will not be used in the same form as recreational drug use.

Prof Castle said it will not be smoked and is essentially an oil.

“We’re certainly not wanting to encourage smoking because of the dangerous health effects,” he said.

“It will be produced in a form that is not associated with dangers of cannabisism and will most likely be in a capsule.”

It works to create homeostasis, the maintenance of stable internal environment.

HOW IS IT DIFFERENT FROM RECREATIONAL DRUG USE?

Prof Castle said the make-up of a marijuana plant was not controlled by those who used it recreationally.

“The components of the plant are very complex and there are many chemicals in it,” he said.

“It can sometimes be powerful, depending on how it’s cultivated.”

He said marijuana could have strong effects on your psychosis when you took the drug recreationally because you had no control over the amount of chemicals.

Medicinal cannabis will be controlled and allow a person to get the correct dose.

“Recreational use also tends to associate itself with a criminal element,” Professor Castle said.

“Another massive problem with recreational use is problems go on within the drug supply chain.”

He said medicinal cannabis took away the criminality from the drug and opened up an opportunity for proper manufacture and dose control.