Ontario’s Charles Sousa said a supply crunch was discussed during a meeting with provincial and federal counterparts this week. Canada is aiming to legalize recreational pot in the next 12 months, the first major economy to do so. One analyst said he’s concerned the government could use a supply shortage as an excuse to delay rolling out the program.

“Ultimately the biggest problem that appears after today’s discussion is one of supply,” Sousa said in an interview this week. Finance ministers were told demand is “quite high” for marijuana already in Canada, he said. “So we want to make certain that, when we do proceed, there is sufficient supply to accommodate the activity because what we’re trying to do is curb the illicit use and organized crime that now exists around it.”

Trudeau’s framework for legalization, unveiled in April, will rely on Canada’s provinces to set up sale and distribution regimes, while at minimum selling recreational pot by mail beginning some time before July 2018. Key details including taxation remain up in the air. Federal Finance Minister Bill Morneau has said he favors a tax rate that will starve out the black market, one of the government’s key objectives. “That as a conclusion would lead us to say taxation rates have to be low,” Morneau told reporters after the June 19 meeting, where he said they discussed the need for a “coordinated” approach.

Canada’s burgeoning marijuana industry has ballooned in value amid optimism over Trudeau’s plan for recreational sales, which Canaccord Genuity Group Inc. said in November could reach C$6 billion ($4.5 billion) annually by 2021. Combined demand for recreational and medical marijuana may reach 575,000 kilograms by 2021, according to the report.

The government says a key aim is to shrink or altogether kill the black market, and any shortage of legal weed would hinder that effort. Trudeau’s plans also allow people to grow up to four plants in a home.

Companies are still in the midst of trying to build and expand their facilities and everything would have to go “perfectly” in order to have enough supply, PI Financial analyst Jason Zandberg said. Initial sales will probably be online and by mail as it wouldn’t be possible for the market to stock enough inventory in government dispensaries across the country.

“There will be a shortage initially,” the analyst said by telephone. “My concerns are that if that is used as an excuse to push the date of recreational legalization back, there’s a danger that it slips into the next election cycle and doesn’t actually happen.”

Companies “are building out additional capacity very actively and aggressively” for both the medicinal and recreational markets, Engel said. Organigram’s capacity is 6,000 kilograms annually and will reach 26,000 kilograms annually by the end of 2018, he said, though companies still don’t know exactly what they can sell. “We do need clarity very soon from the federal government.”

Health Canada pledged last month to speed up its approval process for applicants seeking a license to grow marijuana. The agency has been more responsive but it still takes up to a year for a new producer to ramp up production and get product to market, said Cam Mingay, a senior partner at Cassels Brock who follows the industry.

“I don’t know what anyone can do about it — you can’t force the plants to grow faster,” he said when asked about a shortage. Approving more companies wouldn’t be a silver bullet. “You could approve 50 more tomorrow, and realistically they could probably be in production by the end of 2018 in any meaningful capacity.”

While the government has issued a number of new licenses, it may still take 12 months or more for new companies to start ramping up production, said Beacon Securities analyst Vahan Ajamian. The available supply hasn’t kept pace with the growth in medical marijuana patients and it’s unclear what type of products will be available on the legal market next year and the level of taxation, he said.

“On July 1, are millions of people going to go online and start buying legally or will there be a slow transition over the next five years from the black market to the legal regulated market?” Ajamian said.

Manitoba Finance Minister Cameron Friesen has expressed concern about the timeline, saying it is too rushed to implement a legal market for recreational marijuana by July 2018. Sousa said his government has no problem with the implementation date — which sets up the pot regime to kick in sometime around an election next year in the province. Ontario is eyeing a number of options for setting up retail sales, Sousa said, though he acknowledged other provinces are at different stages.

“What we want is to basically be sure that all of Canada is able to implement and distribute at the same time,” he said. “I think some provinces are still trying to come to grips with how to get it done.” 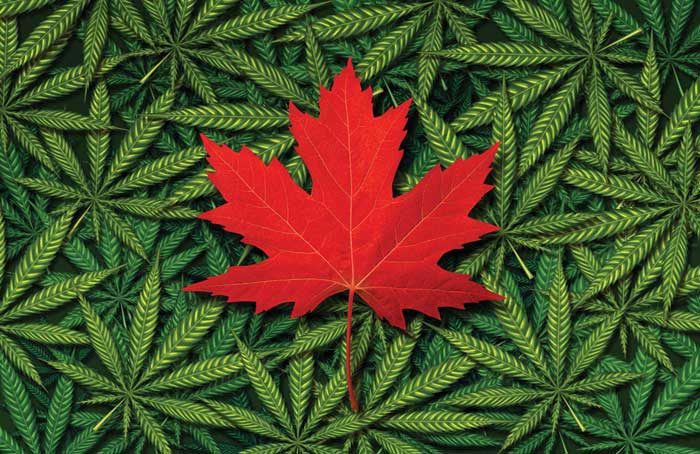