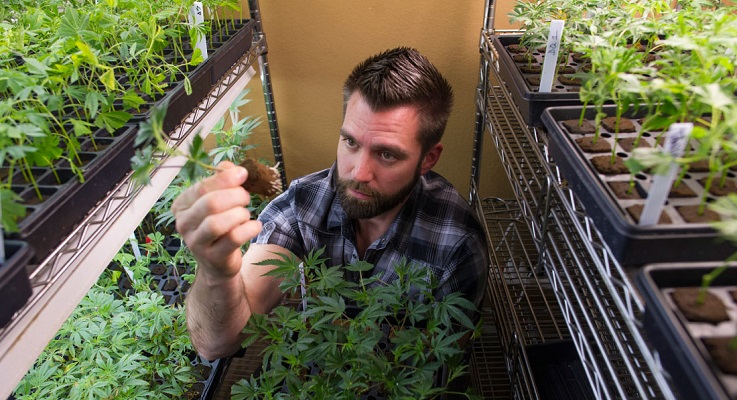 From the outside, MedReleaf’s production facility in Markham, Ont., doesn’t look like much. It’s a large rectangular building about three stories tall, shorter but wider than a football field, and camouflaged by an unassuming white exterior with few windows. There are no signs or company logos to tempt inquiring minds or mischief-minded passers-by.

“We’re very low-key,” he said. “We don’t want people knowing who we are, what we do, where we do it.

“The product we have inside the building is quite valuable.”

MedReleaf is one of the largest medicinal cannabis suppliers in Canada, providing thousands of patients with medication for epilepsy, Crohn’s disease and more. On June 11, the Canadian company announced a business partnership with Compassionate Care Center of New York to share its data, business practices and exclusive intellectual properties, including several strains of medicinal cannabis.

CCCNY, based out of Newark in Wayne County, was one of 43 companies to submit an application under the Compassionate Care Act to the state Department of Health for the right to grow, process and dispense medical marijuana.

The state is reviewing the applications and will license five companies to operate four dispensaries each throughout New York State. The health department is expected to make its decision this month, and the five selected businesses must have their products ready to sell by early January.

MedReleaf’s facility and marijuana production practices could represent a template for Compassionate Care Center of New York’s 10-acre greenhouse in Newark, which the company plans to convert into a marijuana production facility of its own. CCCNY would also open and operate four dispensaries across the state, including one on the border of the Town of Amherst and the Town of Clarence.

By partnering with MedReleaf, CCCNY CEO Dr. Lawrence Good said his company will gain access to a “peerless” level of quality control in industrial-level production of medical marijuana.

MedReleaf’s Closner offered The Buffalo News a tour of the company’s growing and processing areas.

Outside the changing room is a long, narrow hallway with bright fluorescent lights reflecting off of sterile white walls, and large steel doors confronting visitors at every corner. Closner leads straight ahead into what he calls “the mother room.”

To ensure that each marijuana product is exactly alike, MedReleaf uses a “cloning” process, in which plants are grown and harvested from the branches of a small batch of fully grown “mother” plants. “Mothers” are grouped together by strain, and each strain grows slightly differently.

The cut branches are placed in cubes of growing medium and incubate for a week or two on sets of racks in a small, brightly lit and climate-controlled area dubbed the “cloning room.”

The clones are then moved into one of four growing areas that share the same pungent sweet and sour citrusy smell of marijuana. The odor – especially in rooms full of plants nearing harvest – is overpowering, even through a breathing mask.

There are hundreds, perhaps thousands, of marijuana plants in each room, all neatly lined up and divided by strain atop stainless steel tables.

Each individual plant receives a unique bar code, so MedReleaf can track it through the entire process. They are monitored closely and allowed to grow for two and a half to three months, after which they’ll be cut at the stem and taken across the hall into the trimming room.

In the trimming room stand about five standard-sized tables that are flat at the edges, but slope downward into a hole, under which sits a garbage can.

About 15 workers, all Asian women in their 30s or 40s, cut leaves away from the fully grown plants and sweep them into the waste can, leaving only the buds and stems of the plant.

“We do everything by hand here,” Closner says. “We feel it gives a better and more consistent product when it’s done by hand, and it’s a more premium-level product.”

The marijuana is weighed multiple times. Workers measure the full plant when it enters the room. The buds and stems are measured after the trimming, then the leaf waste to make sure everything matches up. Security in this room is tight. Even Closner – the CEO – must sign in on a time sheet.

Next door is the drying room, a dark chamber that Closner refers to as the “dead duck room.” It’s an apt name; hung upside down on racks, the now-leafless plants resemble poultry moving through a slaughterhouse. A single pale red light adds to the unsettling atmosphere. The air is tightly controlled and dries the products in a week or two.

Once the marijuana is dried, workers finish trimming the plants by separating the buds from the stems. The walnut-sized nuggets of marijuana are weighed, placed in large plastic buckets and vacuum-sealed.

MedReleaf stores its finished products in a massive black vault secured inside a ceiling-high cage. When an order is placed, staffers remove the nuggets of cannabis from the vault and ship them off in sealed cylindrical containers. Patients can grind it into a powder and either smoke or inhale the drug as a vapor.

MedReleaf and CCCNY will have access to dozens of unique strains, many of which were developed and provided by Tikun Olam. CCCNY already has exclusivity rights to Haleigh’s Hope, a cannabis product used to treat pediatric epilepsy.

“It is worth noting that state regulations do not limit the number of strains grown but rather the number of brands sold,” CCCNY’s Good said via email. “We plan on selling five brands as per the law, but we will grow and continue to research dozens of strains as part our ongoing commitment to providing the best pharmaceutical products to New York patients.”

MedReleaf’s – and by extension, CCCNY’s – relationship with Tikun Olam goes beyond simply sharing strains of cannabis. The three companies would also share medical data generated by surveying patients during and after treatment. Because marijuana is still illegal under federal law, government-funded clinical studies haven’t been performed in the United States.

“Clinical trials take a lot of time and a lot of money,” Closner said. “In the absence of having that yet in Canada and the United States, we’re doing anything we can to gather relevant information. It’s not exactly the kind of data doctors would love to see, but it is better than nothing.”

Should CCCNY win a license, all of that collective information from around the world would be brought to the U.S. to share with New Yorkers, he said.

There would be distinct differences between the Canadian and U.S. companies.

First, licensed marijuana producers in Canada are not required to operate dispensaries as they are in New York. In fact, there are no dispensaries in Canada. Medical marijuana is shipped directly to patients via courier.

CCCNY’s prices could also end up being very different from those of its Canadian counterpart. Canada’s producers are allowed to set their own prices. MedReleaf doesn’t automate any of the planting, moving or trimming processes in its facility, which Closner says increases the quality and consistency of the products, but also raises their prices. He said MedReleaf is the premium medicinal cannabis brand and charges premium prices. Prices per gram of medicine range from $2.50 to $15 (in Canadian money).

New York companies won’t have the opportunity to offset additional costs by charging more. Instead, Good said, pricing will be determined in conjunction with the Department of Health, but CCCNY “plans to be extremely competitive with the marketplace.” CCCNY also will offer discounts for qualifying patients with financial hardships.

CCCNY’s final products also will be a bit different from MedReleaf’s.

Until very recently, Canada only allowed patients to consume medical marijuana in vapor or smoke form. A recent Canadian Supreme Court ruling legalized possession of edibles, pills and other forms, but Closner said he wasn’t sure if companies could produce those forms yet. New York law prohibits smoking marijuana.

The New York State Senate and Assembly passed a bill last month to expedite emergency patient access to medical marijuana, though Gov. Andrew M. Cuomo has yet to sign it. Good said CCCNY would have the ability to accommodate any of the state’s demands. 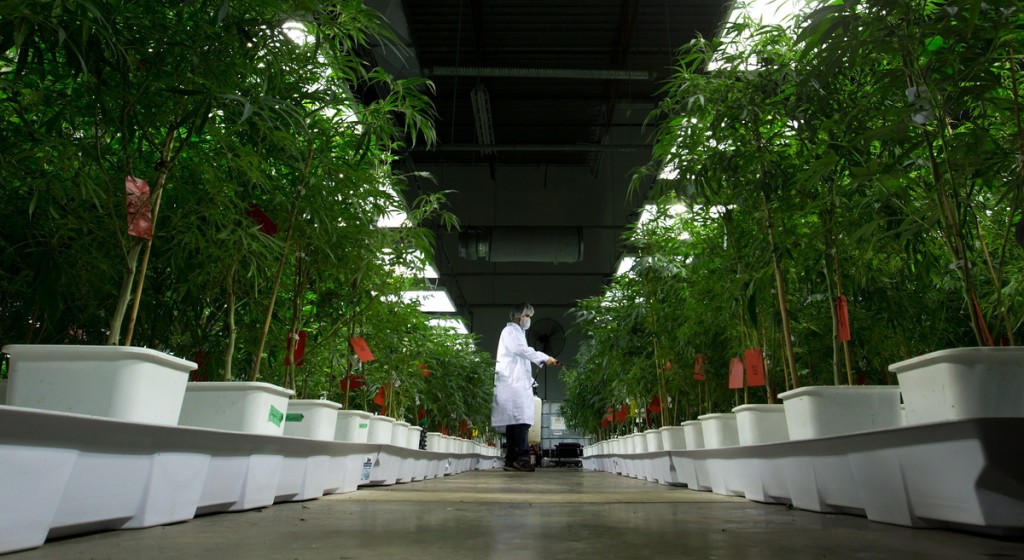