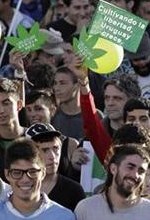 Can you imagine legally growing marijuana in your backyard? How about walking down to the corner pharmacy to buy a gram or two of ready-to-smoke pot? Starting Tuesday, this scenario will no longer be a pot smoker’s fantasy in one South American country. Uruguay has published regulations for a new, legal marijuana market, a measure approved by lawmakers there in December. The law and the new regulations make Uruguay the first country in the world to have a system regulating legal production, sale and consumption of the drug.

In announcing the marijuana regulations, presidential aide Diego Canepa reminded everyone that the state will control the marijuana market from beginning to end, starting with setting prices. “The value of the gram of marijuana sold at pharmacies in the regulated market will be set by the President’s office through the control agency,” Canepa said. That’s right. The Uruguayan government has created an agency whose mission is to regulate the pot market, known as the Institute for the Regulation and Control of Cannabis. The proposed price starts at 20 Uruguayan pesos per gram (about 87 cents in U.S. dollars), Canepa said. People can grow as many as six plants at home and produce a maximum of 480 grams per year, according to the published rules. Cannabis clubs of anywhere between 15 and 45 members will be legal.

Another rule allows people to buy as much as 40 grams of marijuana per month at state-licensed pharmacies. Julio Rey, founder of a cannabis club and a spokesman for the National Association for the Regulation of Marijuana, told CNN in December, shortly after passage, that his organization was very pleased with the legislation. “We will take care of the tools of this law to demonstrate that we, as the public, can objectively look at this project and comply with its proposed legality,” Rey said. This isn’t about creating a free-for-all system, Canepa told reporters. It’s about creating rules that will refocus government efforts on prevention and taking the market from the hands of ruthless drug traffickers that only care about money.

“What we now know is that we had a sustained increase in consumption during prohibition. This new reality, as we understand it, is going to change that, and it will be possible to implement better public policy to take care of those who abuse drugs,” Canepa said. For anyone considering traveling to Uruguay to smoke marijuana legally, President Jose Mujica, a big supporter of the law, says go elsewhere. The law doesn’t give foreigners the right to smoke or even buy the drug. In fact, consumers, sellers and distributors all have to be licensed by the government.

In an interview with CNN en Español in 2012, Mujica explained his reasons for promoting the legislation. “If we legalize it, we think that we will spoil the market (for drug traffickers) because we are going to sell it for cheaper than it is sold on the black market. And we are going to have people identified,” he said. With the help of state-of-the-art technology, authorities will track every gram or marijuana sold, according to Canepa. Bags will be bar-coded. The genetic information of plants that are legally produced will be kept on file. This will allow police to determine whether illegal marijuana is being commercialized. Governments and drug policy experts will certainly be watching closely how the Uruguayan model develops. The marijuana legislation places the South American country at the vanguard of liberal drug policies, surpassing even the Netherlands, where recreational drugs are illegal but a policy of tolerance is in place. 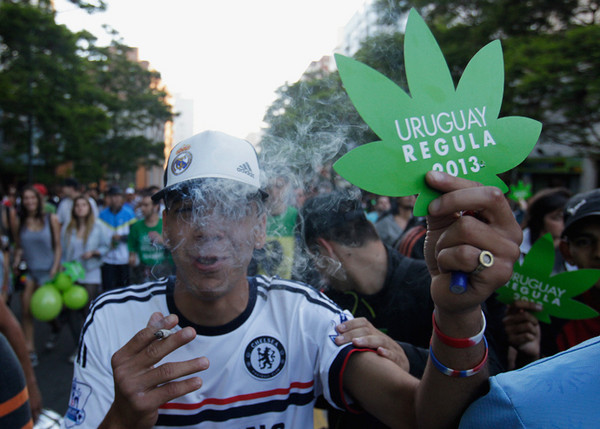