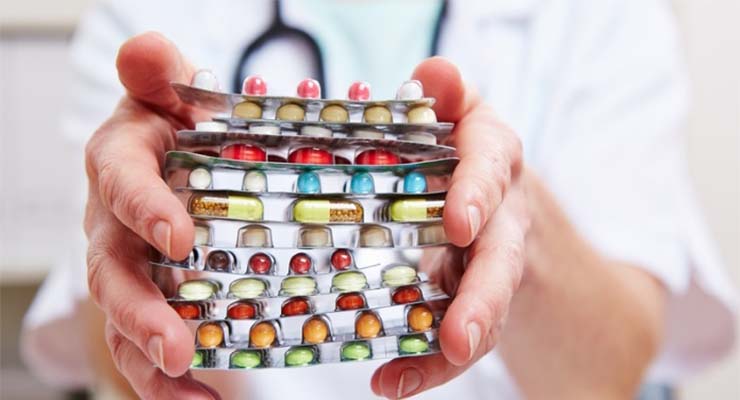 Despite the nation-wide majority clearly calling for some type of cannabis law reform, as well as the abolishment of the spectacular failure that is the war on drugs (or success, depending on which side of the elite scale you’re on), the DEA showed its true quisling colors by choosing to ignore their specific mandate as a federal agency: to protect the American people by enforcing federal drug laws (which many see as unconstitutional in and of themselves) while adjusting those of which the public sees fit to adjust. That is the primary obligation of any governmental agency operating within a democratic republic – or at least a nation masquerading as one – to see into fruition the majority will of the American people. Honestly ask yourself, is that what you think is happening?

With the DEA’s recent reiteration of their absurd claim that cannabis has “zero medical value,” despite the now widely known federal government patent held for the medical use of cannabis, many have awoken to the glaring fact that most of these government institutions(if not all) have long since been procured by corporate interests, at the very real and tangible expense of the American people. When considering the above claim – that cannabis has no medical properties hence must remain classed alongside the likes of heroin and LSD as a Schedule 1 substance – the patent below becomes absurdly hypocritical, and clearly demonstrates that the health and protection of Americans is not their primary concern.

“The patent (US6630507) is titled “Cannabinoids as antioxidants and neuroprotectants” and was awarded to the Department of Health and Human Services (HHS) in October 2003.” – Leaf Science

This will be no surprise to most. However, for those who see this as a newly discovered example of the outrageous levels of hypocrisy the US government allows itself, it might very well be the proverbal straw that broke the drug mule’s back. Putting aside for the moment the many different cancer cures that have been intentionally stifled over the years, and the ongoing control that big pharma has over medical and scientific research, and the medical profession itself, those behind the curtain have decided to throw the people a bone, however hollow that bone might be.

With the American people doing their own research, and finally beginning to question the motives behind the overt corruption within American government, they are now beginning to rediscovered holistic remedies that can actually cure a patient. With this no doubt being a major concern for those wishing to maintain a lifetime of slight illness for the American public with continual treatment by way of pharmaceutical infusion, a brand new(not likely) “FDA-approved cancer-fighting drug” has just hit the market.

This drug, called Venetoclax, was shown to provide 80% of the test group with “positive results” and was designed to treat chronic lymphocytic leukemia, a very specific type of bone marrow cancer. The claim is being made that this drug makes the cancer cells “melt away”. More scientifically speaking, the term is apoptosis, which essentially means to trigger the process of programmed cell death of the specific cancer cells.

As promising as this sounds, one might wonder what the possible side effects could be: mild being nausea, vomiting, fever, fatigue, anemia; and in severe cases the side effects may include peripheral neuropathy and tumor lysis syndrome, but… BUT.. it’s not projected to cause hair loss, so that’s a plus.

When considering the overwhelmingly unbearable side-effects of chemotherapy, and its abysmal overall success rate of 3%, anything would be an improvement, and that is precisely the aim with this new drug, which is also a “chemotherapy agent”; to provide a step up from the horrible choice that is the current go-to treatment of chemo, but only so much that the patient still requires continual treatment. What many do not know, is that the majority of cancer patients die from the treatment, not the cancer itself, and in most cases, the onslaught of medications have a bevy of undesired side-effects that then require more medications, and a downward cycle ensues until the patient is medicated to death, in the most profitable way possible.

For more information on this, please read the article: The Truth About Chemotherapy – History, Effects and Natural Alternatives.

The point to make here, one of which you no doubt have already come to in your own time, is that cannabis cures cancer, and the government, specifically the DEA, knows it. Well, if that statement makes you uncomfortable, then at the very least, cannabis has a wide variety of proven medical uses that are widely accepted by physicians and individuals alike, and have a demonstrated track record over centuries of holistic treatment… and the government knows it.

This “new drug” appeasement is only an insult to those truly aware of the miraculous properties of cannabis. This is not to say that this new drug might not be a godsend to some, regardless of the side-effects, because it very well might be. The point is that the DEA, working in tandem with big pharma, only wishes to allow supposedly free Americans the right to use the drugs they see fit; more specifically, the drugs from which they can make a profit, while maintaining a lifetime of treatment. So as “revolutionary” as this new drug might appear, the people must understand that it’s an insult wrapped in sheep’s clothing, which also happens to have some pretty rough side-effects itself. Cannabis, by the way, has zero side-effects and also is not projected to cause hair loss; and it can grow in your back yard while treating all the other “diseases, illnesses, syndromes, conditions, and disorders” T.H.E.Y tell you that you have, and that scares them. It all comes back to profit and control, which has created a culture of for-profit politicians who cannot see past the bottom line of their own finances.

This ridiculous game of pay-to-play politics has infested every corner of a nation that once touted its democracy to the world, and has completely changed the face of these government agencies put in place to protect the very things in which they now destroy: constitutional rights. As the 10th Amendment clearly states, “The powers not delegated to the United States by the Constitution, nor prohibited by it to the states, are reserved to the states respectively, or to the people.”

Can one even discuss the Constitution anymore without someone scoffing about, “those constitutionalists and their outdated beliefs”, as many have been convinced that the moral guidelines and ideals on which this country was founded, are no longer needed, or relevant. Point of fact, they have never been more needed, or more relevant.

Agencies such as the FDA, DEA, or even the CDC, have decidedly chosen to throw in with those actively fighting to destroy the last surviving scrap of the constitutionally outlined rights bestowed upon every American, and every human being for that matter, at the moment of their birth.

We, as Americans, need to once again begin trusting ourselves, our bodies and our innate instincts. We cannot continue to allow such horrendously unnatural side-effect-ridden chemicals to be handed out as treatments, and given to those we love, when there are completely natural substances that can actually cure a patient, and have zero side-effects when compared to something as overbearing as chemo. Our bodies are miraculous and can do amazing things when supported with natural aids. Cannabis for instance, interacts directly with the body’s naturally occurring endocannabinoid system, and when used in its natural state, and not isolated or bastardized in order to be patented, begins what is known as the “entourage effect” creating a level of healing and efficiency unrivaled by any big pharma substance.

Americans must begin to fully understand that our individual health is quite literally the last thing on the mind of any government agency. This is not cynicism, but rather realism, based on the hard truth of modern America. This new drug could help a lot of people who may not have access to cannabis, or essiac tea, or a scenar machine, or any number of items that have been suppressed for chemo to thrive (for lack of a better word) but when a better working, less harmful, and more versatile alternative is not only known about, but long-since been patented, yet only given to the select few, there are few options left but to finally… STAND UP. 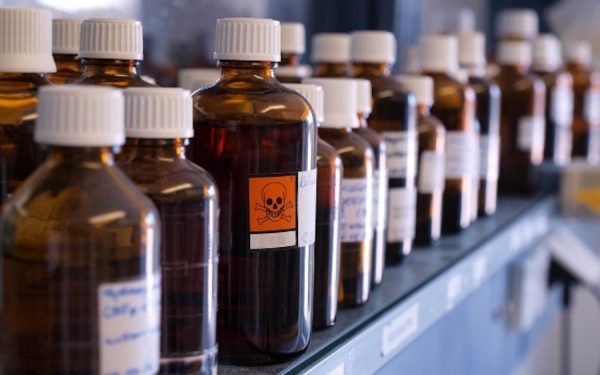 CO: Lawmakers To Consider Whether To Allow School Nurses To Administer...