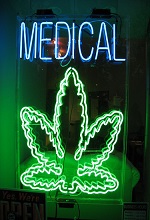 The California residency requirement for legal medical marijuana doesn’t exist — if we don’t want it to.

That’s the conclusion of at least two Bay Area lawyers, who say the medical cannabis industry is widely misinterpreting state law. Thursday, veteran cannabis attorney William Panzer confirmed via phone the contents of a talk given by another attorney Lauren Vazquez to a group of cannabis entrepreneurs on Jan. 22.

“No, there is no residency requirement,” Panzer said. “It’s just misinformation.”

The vast majority of cannabis-specialized physicians’ offices and medical marijuana dispensaries enforce such a rule, essentially turning away potentially tens of millions of dollars in business each year by enforcing the non-existent rule.

Very few doctors and collectives will serve out of state patients, patients confirm, though the drug would be quite popular among medical visitors. One in 20 California adults are estimated to have used medical cannabis for a “serious” condition, and 92 percent of them are estimated to have thought it was helpful, recent polls indicate.

Vazquez said in her remarks to about 30 cannabis entrepreneurs that the preface to the 1996 Compassionate Use Act mentions “Californians”, but the preface has no legal value. It’s window dressing. The California Supreme Court confirmed the preface doesn’t count in a split ruling in 2013 that allows cities and counties to ban any medical cannabis activity.

“It’s a legal grey area,” said Brendan Hallinan, a San Francisco lawyer that also advises the industry. “If someone shows up with a passport and is in town to buy marijuana that’s not enough. If they can show some proof of temporary residency for treatment and if they avail themselves of California law, I think you should be afforded protection.”

“Why not?” said Panzer. “My wife hurt her ankle in Florida and had to go to the doctor for pain pills. They didn’t say, ‘Sorry, you don’t live in Florida.’”

So — say you are or know a patient coming to California for breast or brain cancer treatment and you want cannabis, which is an official form of Integrative Oncology. If their primary care physician recommends cannabis, great. But chances are, patients are going to have to call around to specialized cannabis clinics, or even advocacy groups to get linked up with a doctor who will write them a recommendation. “I know of a few but they also want to stay private,” said Vazquez.

From there, patients need to start calling collectives and dispensaries in the area, asking if they’ll serve an out-of-state patient. Most follow what’s now a debunked rule. “Most dispensaries are not going to let someone in who doesn’t have some sort of physical connection with California,” said Hallinan.

“It’s just one of those things that somebody did and it got copied and everybody started doing it and now people are turning away a sizable percentage of their customers and patient base for no good reason,” said Vazquez. 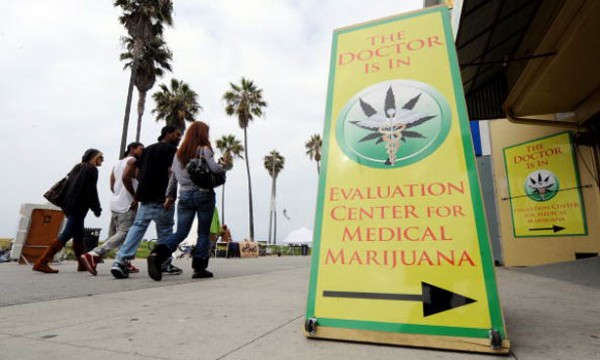