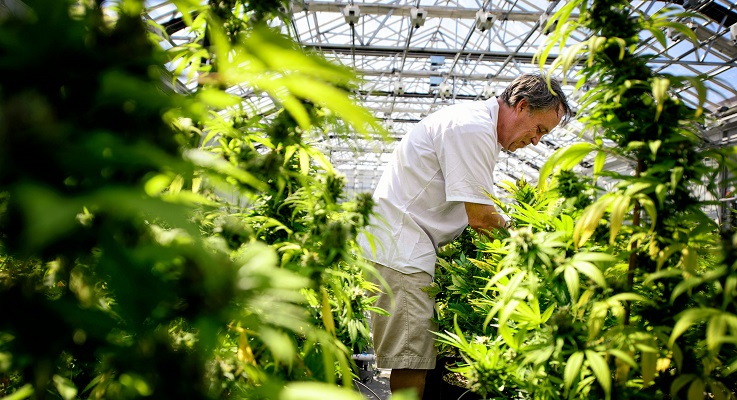 Rod Hollingsworth Jr. came of age watching his father and grandfather grow orchids in this community of sprawling farms and historic homes along the Peace River. He learned to appreciate the shape of their petals, each shade of violet, magenta and white.

But lately, a different flowering plant has been on his mind.

Hollingsworth wants to be among the first in the state to grow medical marijuana.

His family business, which sells its orchids and line of growing products to Home Depot and Lowe’s, is up for the challenge, he said. The staff understands the nuances of Florida’s climate, the unique pests and diseases.

“Our horticulturists have spent their professional careers here in greenhouse facilities in Florida,” he said. “They’ll view it as another crop, and they’ll grow it to perfection.”

His vision will become reality if Sun Bulb Co. is chosen to grow non-euphoric marijuana in Florida. The state health department plans to award licenses to one nursery in each of five geographical regions. A decision could come as early as this month.

Nursery owners aren’t the only ones preparing as Florida gears up for the official arrival of medical marijuana, expected sometime in the next four months. Nearly 50 physicians, several of whom practice in the Tampa Bay area, have taken the eight-hour course required to prescribe the drug, state records show.

“It’s an avenue for patients who are doing terribly and have exhausted all other options,” said Dr. Selim Benbadis, director of the Comprehensive Epilepsy Program at the University of South Florida and Tampa General Hospital, who completed the course in January.

“In some cases, this could be the treatment that works.”

For some Floridians, medical marijuana has been a long time coming.

Parents of epileptic children, who could be helped by the drug, began petitioning the Legislature to legalize certain strains of low-THC cannabis in early 2014. They won the support of lawmakers and Republican Gov. Rick Scott, who signed the bill into law that June.

Medical marijuana was originally expected to be available by the beginning of 2015. But it took the state Department of Health longer than expected to create rules for growing and distributing the drug. A string of legal challenges further slowed the process.

State regulators are once again moving forward, and experts say the drug will likely be available early next year.

“It’s not as fast as the families would want it, but (it’s) faster than the opponents would want it,” said Richard Blau, a lawyer in the GrayRobinson firm’s Tampa office who specializes in regulated products.

The next step for the state health department is to award licenses to nurseries in five geographical regions. Only businesses with at least 30 years of experience that grow more than 400,000 plants annually were eligible to apply. Each had to submit detailed business plans and biographies about each team member, as well as a non-refundable $60,063 application fee.

The department plans to select “the most dependable, most qualified dispensing organizations that can consistently deliver high-quality derivative products,” according to the application.

Sun Bulb Co. is one of 24 nurseries that applied.

Hollingsworth never expected to be in the ganja business. A sixth-generation Floridian with a slow drawl, he is quick to tell the story of his family’s company. His grandfather, A.P. Hollingsworth, was an orchid enthusiast who started selling bulbs out of his one-car garage in 1956. His early clients were local garden centers and gift shops.

It was a case of perfect timing. Over the next two decades, amateur horticulturists took an interest in the exotic, yet easy-to-grow flower, and the market for orchids took off. So, too, did the family business.

Hollingsworth won’t disclose its current revenue. But he says Sun Bulb employs more than 100 people and grows more than 1 million plants annually. Its orchids and plant supplies are available in garden centers across the country under the Better-Gro brand.

As CEO, Hollingsworth has been a driving force behind the company’s latest endeavors. He brought in a consultant to make the growing and production operations leaner. And in 2012, he pushed for the addition of a citrus tree division.

Two years later, he had an even more radical idea.

While visiting Tallahassee with other leaders in the Florida agriculture industry, he heard state Rep. Katie Edwards, D-Plantation, discuss a proposal to legalize medical marijuana. He quickly realized Sun Bulb would be one of about 100 nurseries that could apply to cultivate the plant.

That August, Hollingsworth traveled to Denver to meet with several families of epileptic children. One woman had left her husband and son behind in Ohio so her daughter could have medical marijuana. It was already helping control the girl’s seizures.

“We were trying to decide if this was worthwhile from an integrity standpoint,” Hollingsworth said. “But after getting to know some of the families that have benefitted from this, I knew it was the right thing to do for the kids and for the state.”

He brought the idea to the company’s president and vice president: his father, Rodney, and his uncle, Thomas.

“It was like any other business discussion we’ve had in the past,” Hollingsworth said. They wanted to know the cost.

Applying to grow cannabis was unlike anything Hollingsworth had ever attempted. The state wanted applicants that would not only grow the plant, but also make the medicine and distribute it to qualified patients throughout the state. He would need to hire a medical director and develop a plan to protect the crop from theft.

Before long, Hollingsworth had put together a team of experts from across the country. The Kentucky-based cannabis company GenCanna Global came on board, as did ISA Scientific and health care entrepreneur Hugh Hempel.

The team is keeping the details of its proposal under wraps.

In broad terms, it includes a plan for cultivating the plant at a secure facility, developing several marijuana “products,” and opening retail locations in Tallahassee, Orlando, Tampa, Fort Myers, Fort Lauderdale and Jacksonville.

Winning the license won’t be easy.

Operating nurseryman Robert Tornello did not return calls from the Tampa Bay Times. But the application his company submitted to the state provides some insight into the business plan.

The company said it would partner with a “recognized industry leader in the growing, harvesting, extracting and dispensing of marijuana” with access to a genetic library of 500 unique cannabis strains.

What’s more, the plant would be grown in “immaculate, lab-like sealed greenhouses built from high-tech materials that capture and maintain idea light levels, their interior climates precisely controlled by innovative and sustainable systems Tornello himself designed and built.”

The paperwork filed by another applicant, Sarasota-based Tropiflora, outlined plans for an enclosed, sterile grow area that would be equipped with camera surveillance and a charcoal filtration system to manage odors.

Perkins Nursery, a landscape plant grower in Hendry County, pledged to “ensure that our medicine can only be accessible for purchase within an approved licensed dispensing facility, solely to be purchased by registered patients.”

Neither returned calls from the Times.

Although medical marijuana will soon make its debut in Florida, don’t count on the state becoming Colorado any time soon.

Florida law allows only strains that are low in a euphoria-producing compound known as tetrahydrocannabinol, or THC.

Its use will be limited to patients suffering from epilepsy or other neurological disorders and certain forms of cancer.

Medical marijuana advocates tried passing a constitutional amendment in 2014 that would have allowed for broader use, but the ballot initiative failed by a narrow margin.

Advocates hope to get a similar measure on the ballot next year.

The response from physicians has so far been limited.

Benbadis of the Comprehensive Epilepsy Program thinks that is partly because research on the drug is lacking.

“The reason there hasn’t been good data is because it is a Schedule 1,” he said, referring to the federal list of drugs with no currently accepted medical use for treatment.

Benbadis said researchers still aren’t sure how — if at all — medical marijuana helps patients with certain conditions. “But it seems safe enough to warrant a trial in certain situations,” he said.

His plan for using the drug in his practice is conservative. He will prescribe it only to patients who have already tried conventional treatment.

But first, the plants must be grown.

Hollingsworth feels confident about his application. It’s accompanied by letters of reference and support from local hospital administrators and elected officials, as well as medical experts.

“We’re the experts on growing in Florida,” he said on a recent morning while inspecting orchids with the nursery’s head grower Robert Palmer. “We’ve been doing this for decades.”

Marijuana is controversial and often misunderstood, he concedes. “But once you communicate what it really means to people, it is tough to disagree with.” 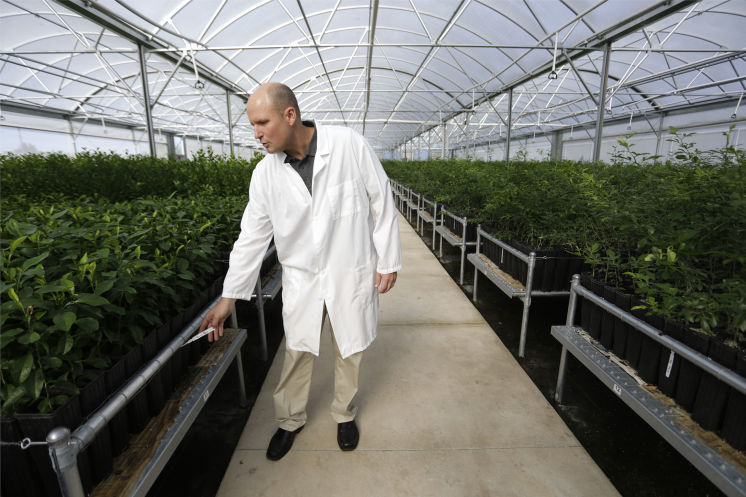