Minister for Health Simon Harris has promised the mother of an ill child that he will take action on the use of cannabis for medicinal purposes in January.

The Minister made the promise to Vera Twomey after she embarked on a walk from Co Cork to Leinster House in order to draw attention to the issue.

Her six-year-old daughter, Ava Barry, has a catastrophic form of epilepsy, but is now almost seizure-free after she started taking two doses of cannabis oil a day.

It is usually made available on prescription from doctors and supplied in a standardised form through pharmacists.

Mr Harris had said the Government had ordered a review of the Republic’s policy on medicinal cannabis.

As part of the review, Mr Harris has asked the Health Products Regulatory Authority (HPRA) to provide him with expert scientific advice on the matter.

The Oireachtas health committee is also due to discuss the issue later this month.

In a statement on Wednesday, Mr Harris said he “had a good meeting with Vera and Paul Twomey”, where he took the opportunity to update them on the policy review.

He said the HPRA had been asked to provide advice on recent developments in the use of cannabis for medical purposes, and an overview of related products that have been authorised in other jurisdictions.

Additionally, he said he had asked for an overview of the “wider ongoing and emerging clinical research” on the efficacy of medicinal cannabis, as well as an overview of the different regulatory regimes in place in states which allow it.

The HPRA will also advise on the legislative changes that would be required to allow the use of cannabis for medicinal purposes in the Republic.

Mr Harris said he hoped to receive the report from the HPRA and advice from the Oireachtas health committee in January.

He said he will then move forward with any legislative changes that may be recommended.

Cannabis for Medicinal Use Bill

Separately on Wednesday, Anti-Austerity Alliance-People before Profit TD Gino Kenny launched the Cannabis for Medicinal Use Bill 2016 at a press conference in Dublin.

The Bill is unlikely to be passed without Government support.

The Bill provides for the regulation of cannabis for medicinal use so that patients can receive a “legally-protected, secure supply” of a quality-controlled cannabis-based medicine.

The Bill includes provisions for a regulatory authority that would issue licences for importation and supply of such medicines.

The cannabis-based medicines would only be available from a pharmacy under the terms of the Bill, while the advertising and the sale of cannabis to minors would be banned. 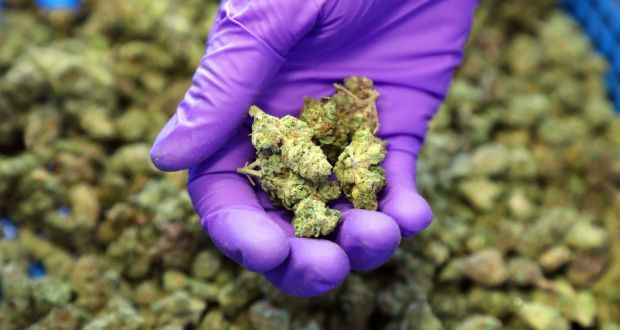 Could Cannabis Be The New Post-Workout Recovery Tool

Florida Regulators Struggle To Keep Up With Medical Marijuana Industry