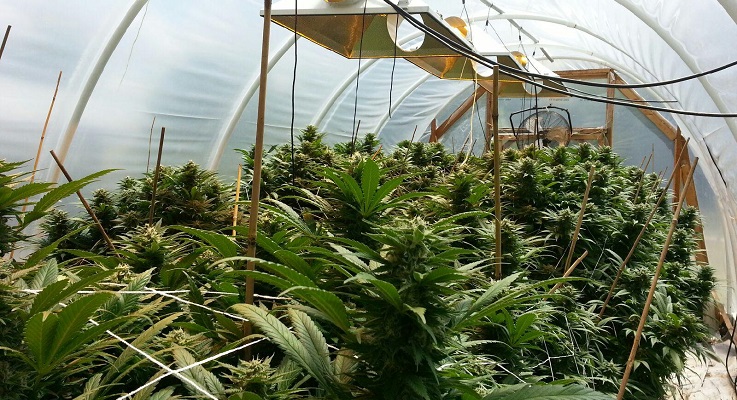 It’s a warm, midsummer morning when 27-year-old Jeremy Sprague welcomes a visitor to his farm.”

It doesn’t look like a farm at first. On the first floor of a small house there’s a bed, a kitchen and a TV running security camera footage.

Then Sprague heads upstairs where his horticulture thrives.

Sprague, a medical marijuana grower, has rigged two small rooms with lamps and dehumidifiers. Jungle green and less than a foot tall, some plants are stationed in small pots. Others have been harvested and hang from a wire to dry. Their scent drifts through the whole building.

Sprague flicks off the lamp and drives to another location in Ellsworth, where larger plants grow in a humid greenhouse.

One by one, he waters the plants with a garden hose. He sprinkles guano fertilizer on a few.

“There are no bad chemicals in it,” he said of the bat droppings. “I don’t need to worry about upsetting the pH balance.”

All natural: such appears to be Sprague’s preference in life. Describing his operation, he comes across as thoughtful and earnest, more organic gardener or natural-food activist than the scruffy marijuana dealer sometimes depicted in pop culture.

It helps, of course, that Sprague’s work is legal. He started it about a year ago, he said, applying to Maine Department of Health and Human Services (DHHS) to grow for himself and two patients.

Many such growers, known as “caregivers,” are at work around the state. At the time of this writing, over 2,000 caregivers were registered with DHHS, with 78 in Hancock County.

Also in Hancock County, 847 prescriptions have been written by 62 medical providers since Jan. 5 of this year. Statewide, 283 providers are writing prescriptions.

In Maine, medical marijuana revenue to the state comes from fees paid by caregivers and state sales tax charged at dispensaries. In May, the Maine Revenue Service reported almost $900,000 in sales tax revenue from the dispensaries in 2014, a 40 percent increase from 2013.

Per state law, she said it’s up to providers to recommend medical marijuana as a treatment option. However, marijuana, even for medicinal purposes, is prohibited on all Eastern Maine Healthcare System member campuses.

“It is not something that is done regularly,” Columber said of a doctor recommending medical marijuana. “I think in terms of guidelines and regulations, it is such a tough thing because it is still federally illegal. It’s tricky.”

Sprague started using marijuana medicinally about four years ago, after he suffered from anxiety and was diagnosed with post-traumatic stress disorder. (He believes the stress may have been caused by a run-in with the police when he was younger. At the time he possessed a small amount of marijuana, he said).

The state then approved those recommendations and sent a certification card.

That PTSD is a qualifying condition shows how far the state’s medical marijuana legislation has come since first passing in 1999. Only in 2013 was PTSD added to the list of qualifying conditions, which also includes cancer, glaucoma, hepatitis C, HIV, Alzheimer’s disease, Crohn’s disease and more.

But the legality of medical marijuana hasn’t automatically brought peace of mind to Sprague. Though he trusts law enforcement officers to uphold the law, he said he recognizes that it may be difficult to catch anyone who steals medical marijuana plants.

According to Lt. Harold Page, the Ellsworth Police Department has made two arrests in connection with two separate incidents of medical marijuana theft and treats the issue like any other crime.

So, Sprague has rigged up security cameras. He owns several guns — a pistol, shotgun and AK-47 — and plans to guard his greenhouse as his harvest time approaches.

“You’ve got to,” he said. “I’m not a violent person, but these are my children. This is what I do. You can protect your own property.”

So far, Sprague said he’s sunk thousands of dollars into the operation. His main investments have been soil, fertilizer, lamps, dehumidifiers, a fan and the electricity needed to power them. Many seeds are given to him by companies that want to see how their strains perform, he said.

He often doesn’t charge his patients for marijuana, he said, and his revenue has come from selling extra product to caregivers and dispensaries. There are eight such centers in Maine, including one in Ellsworth called Maine Organic Therapy.

As for his goals, Sprague said he’d like to expand his operation, both by growing for more patients and finding a larger home.

He’d also like more people to know about the medical benefits of marijuana, which he credits with saving his own life.

“I used to feel like a criminal” he said. “But now it’s like, how is helping out people criminal?” 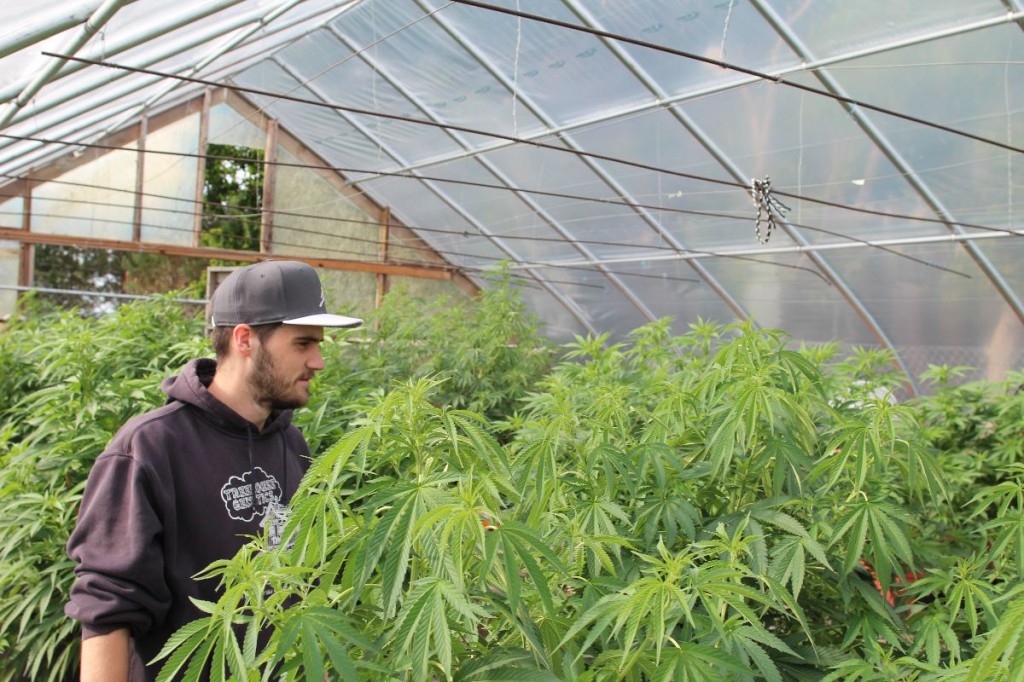 Medical Marijuana Could Be Used For More Ailments In Louisiana