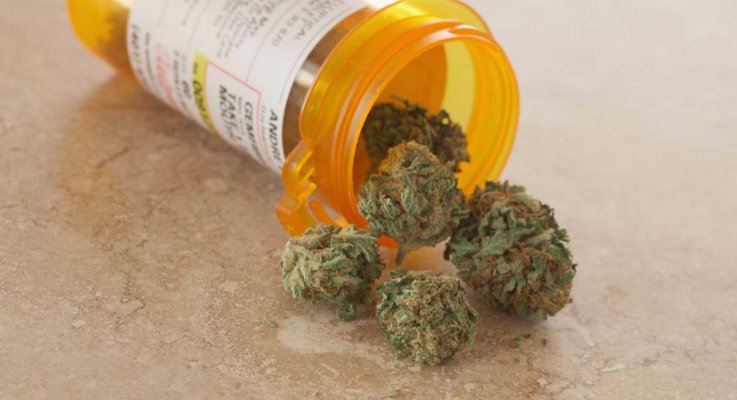 Huntingdon, West Virginia is a quaint town with a beautiful college campus and enough hills for some amazing scenery. However, last August, the town experienced a devastating tragedy.

The state itself has been known for years as a place of high opioid addiction and overdose, but one day, in a four-hour span, there were 27 overdoses — not in West Virginia — but in the city of Huntingdon alone. Half of these 27 people were in one apartment complex. One bad batch of dope devastated the community.

The Connection Between the Opioid Epidemic and Heroin Overdoses

West Virginia represents a microcosm of the opiate addiction crippling many parts of the U.S. Huntingdon, like many cities across America, was home to a “pill mill” — a place where less than scrupulous doctors hand out prescription pain killers. In a community like Huntingdon, where people work hard in coal mines and suffer painful injuries, many citizens became addicted.

When Florida laws tanked the supply to the pill mill in Huntingdon, prescription-drug addicts, unable to get the drugs on which they’d become dependent, looked for something else to ease their suffering. They turned to heroin, leading to increased overdoses and deaths. It’s a dangerous cycle, and unfortunately, it’s not just a West Virginia problem — it’s a nationwide disease.

Where There’s not an Epidemic, There’s an Answer

Considering the crisis crippling the country, it matters where opioid addiction isn’t a problem. Research reveals that states that legalized marijuana saw nearly 25% fewer overdoses than those that didn’t. Moreover, it isn’t just that marijuana is legal, as some initially thought. States that legalized marijuana and made it available through dispensaries had the broadest implication. The key isn’t the legality, it’s that those who need it have access to it.

Studies regarding why states with legal marijuana laws have fewer incidences of addiction assumed that sufferers were choosing legal pot over narcotics. And until recently, it has simply been that — an assumption.

However, a study conducted by the journal Health Affairs validates this assumption. Researchers from the University of Georgia did in-depth studies into the database of all prescription drugs covered by Medicare Part D between the years of 2010 and 2013. Their findings saw that in areas where marijuana was accessible, there were fewer overdose cases.

Unraveling the Statistics Where Medical Marijuana is Legal

According to their studies, the seventeen states that had medical-marijuana laws on the books by 2013 saw sharp decreases for prescription painkillers compared with states without those laws. The numbers were startling. In states with medical marijuana laws, doctors prescribed 265 fewer antidepressants each year, 541 fewer nausea medications, 486 fewer seizure drugs, and 562 fewer medications for anxiety.

The sharpest drop, though, was in painkillers. Doctors prescribed 1,826 fewer drugs for pain relief than states without legalized medical-marijuana.

These findings surprised the researchers from the University of Georgia so much that they ran tests to check against this. They tested for decreases in prescriptions for illness untreatable through marijuana, like antibiotics, blood thinners and anti-virals. They found no evidence of change in prescriptions for these illnesses in states with legal marijuana, validating the efficacy of their tests. Their research involved Medicare patients, so the broader implications of their results mean the impact is likely much wider.

Pharmaceutical corporations have lead the charge against marijuana reform, even going so far as to fund research by anti-marijuana academics and donate money to groups that oppose the legalization of marijuana. They’ve also lobbied against laxer marijuana laws and played an active role in keeping marijuana away from the population.

The Department of Health and Human Services recommended the naturally-occurring component of marijuana, THC, be moved from Schedule 1 to Schedule 3 for the Controlled Substances Act. The change would make pot more accessible — for both doctors and users. A pharmaceutical company that creates synthetic THC wrote to the Drug Enforcement Administration in opposition to the change. The DEA rejected the Schedule change without reason or discussion.

What’s most disconcerting, though, is that when the original researchers continued their analysis and studied the savings to Medicare, they discovered that states with legal medical marijuana saved nearly $165 million. If all states implemented similar marijuana laws, prescription Medicare savings would amount to about half a billion dollars. That’s half a billion reasons for Big Pharma to be worried.

Medicare savings is good, but it’s not enough of a reason to federally legalize marijuana. Better health is the biggest factor. And the research suggests that pain killers do not necessarily lead to better outcomes. In fact, they can be singularly destructive to the individual and the state — as West Virginia has come to exemplify.

Research like this suggests that there is cause for Big Pharma to be concerned about losing drug sales to marijuana. Unfortunately, it’s a powerful industry that has a lot of political sway, and not a lot of concern for those it’s purporting to help.

Of course, suggesting that an industry dedicated to providing medical care for people is less concerned for those people than they are for the bottom line sounds callous and careless, but they’ve offered much evidence to suggest it’s true.

Jonas Salk, the inventor of the polio vaccine, never patented it. He wanted to be sure that it was available to the all people — regardless of status or income. He didn’t profit from the drug that prevented countless deaths. Compare this behavior to Turing Pharmaceutical’s, who purchased an HIV medication and raised the cost from $13.50 a pill to $750.

And that’s not the only example of price-gouging that affects the people who need the drugs the most. Cycloserine, the drug that treats tuberculosis, went from $500 per 30 capsules to over $10,000. Outside pressure made Rodelis Therapeutics, the company who purchased the drug, return it to its former non-profit owner, but that’s not the norm.

Big Pharma has raised prices for cancer drugs, cholesterol medications and prescriptions for hepatitis C, along with huge price increases on older mainstay treatments, some that are even generic.

Big Pharma has a lot to Lose

Pharmaceutical companies have a vested interest in the failure of legalized marijuana. If current research holds, it will stop much of their profiteering. Since marijuana is prescribed to treat a host of issues, legalizing it will cut into the profits of Big Pharma companies. A few of the diseases pot either helps with or neutralizes are:

Post-traumatic stress disorder has the potential to be debilitating. Caused by an extremely stressful or dangerous situation, like childhood abuse, fighting in a war or surviving a disaster, marijuana seems to calm some anxieties associate with the mental issue.

There are at least four pharmaceutical drugs used to treat PTSD with their accompanying costs without insurance. Prices vary depending on location.

Studies show that marijuana effectively fights inflammation, and helps arthritis sufferers with pain management and improved sleep. Because it helps with pain, researchers are looking into its effects on those with rheumatoid arthritis.

The cost of treating arthritis varies depending on prescription, but its sufferers are often the elderly and on a fixed income. Inflation of arthritis medication costs can mean people have to choose to live with pain or pay an electricity bill.

Researchers discovered that people who were suffering from HIV or AIDS and smoked marijuana slept better, had increased appetites and better overall outlooks. Some also found they had less neuropathic pain.

FDA approved medications for treating HIV and AIDS include:

Most of these drugs are extremely expensive, running into the thousands. Some are as high as $750 per pill. The price of the medications means only the wealthy can afford proper health care.

One small study that watched 13 people with Crohn’s Disease over a three-month span discovered that marijuana helped limit pain, assisted with weight management and curtailed diarrhea. Sufferers from inflammatory bowel disease may be able to find relief from inhaling marijuana.

The list of pharmaceutical drugs doctors prescribe to ease the symptoms of Crohn’s Disease are too long to list. A few of the classifications of necessary drugs are immune system repressors, anti-inflammatory drugs and antibiotics. Even with insurance, people with Crohn’s Disease often pay $2,000-4,000 per month to manage their illness.

Killing cancer means killing cells, and, unfortunately, what kills the bad ones also kills the good ones. Radiation and chemotherapy, which treat cancer by killing those cells, makes patients miserable. Hair loss, nausea and pain are just a few side effects. Marijuana has proved extremely beneficial for easing nausea and helping with pain management in cancer patients.

The costs of treating the side effects of cancer depend on the type of cancer and the severity of the patient’s reaction to it. A common drug doctors prescribe against the nausea cancer patients suffer is Zofran, which costs between $700-1000 per 20-30 tablets.

Alzheimer’s is still a mystery. There’s no a cure for the disease. All the pharmaceutical drugs do is slow its progression. Medical marijuana can help ease the anxiety that Alzheimer’s patients feel — without the drowsiness that accompanies anti-anxiety prescription drugs. Though the research is still in the early stages, one study found that marijuana slowed the protein deposits in the brain that seem to contribute to Alzheimer’s.

The annual costs of treating Alzheimer’s with traditional pharmaceutical is about $3,000.

The Costs to All of Us

Of course, this list isn’t exhaustive. Research on the effects of marijuana on various other illnesses — from epilepsy to glaucoma — is currently underway.

The pharmaceutical industry has a lot of money invested in the treatment of these diseases. Some drugs even treat symptoms of other drugs — Big Pharma solves an issue with one drug, but patients need another to quell the initial drug’s side effects. It’s an ugly cycle, and patients are paying for it.

If medical marijuana continues to be a standard treatment option, they may further the pressure to stop it, either through lobbying or funneling money into other organizations committed to halting the legal use of marijuana as a medication.

Pain management — something marijuana use is good for across the board — doesn’t have to mean addiction to prescription painkillers and heroin. People still run Big Pharma — let’s hope some of them find the courage to support what is likely in the best interest of us all.