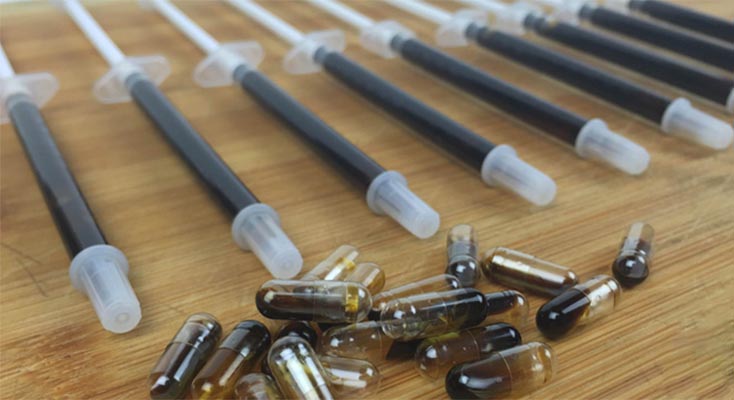 Cannabis. It’s a word that elicits an instant negative response in many people — and it’s one which isn’t entirely deserved. Sure, it may give rise to the much-stigmatized drug we know as marijuana, but it is also one of the most versatile and health-giving plants on the planet.

Science is coming to understand the wide-ranging health benefits of cannabis oil. Culture across the globe have used cannabis oil for thousands of years. These cultures have recognized cannabis not for its mind-altering properties, but for its ability to cure ailments and combat disease within the body.

Cannabis oil is distilled from the flowers and upper leaves of plants belonging to the Cannabis genus. It is the ultra-concentrated essence of marijuana. This might set you alarm bells ringing, but the high-inducing potential of cannabis oil depends completely on its intended use.

At one end of the spectrum, some cannabis oil manufacturers maintain or even enhance the tetrahydrocannabinol (THC) content. It’s the THC in marijuana which creates that characteristic and much-stigmatized “high.” These varieties of cannabis oil are more aligned with recreational users.

At the other end of the spectrum are those companies who produce cannabis oil for medicinal purposes. These companies modify the distillation process to reduce the high-inducing incidence of THC and increase the amount of cannabidiol (CBD). Cannabidiol is arguably the more health-promoting of marijuana’s two active ingredients. So, aiming for a high CBD content and low THC content will ensure you get all the health benefits without the mind-altering effects.

How is CBD different?

Unlike THC, CBD doesn’t result in an altered state of mind. This might make CBD a bit of a disappointment for those looking to have a good time, but it makes cannabidiol a much more viable medicinal compound. It’s also one which health practitioners are much more comfortable prescribing to patients.

CBD is non-psychoactive due to the fact that it doesn’t act on the same neural pathways as THC. A 2011 study published in Current Drug Safety noted that CBD is a “major non-psychotropic constituent of cannabis” and that it “does not alter psychomotor or psychological functions.”

The mainstream establishment’s aversion to anything deemed “alternative” continues to cast controversy over the use of cannabis oil as a treatment for many health problems. However, the scientific literature is starting to pile up in its favor. Here’s a look at some of the groundbreaking findings researchers are discovering about cannabis oil benefits.

A study published in the Proceedings of the National Academy of Sciences of the United States of America (PNAS) explored the anti-arthritic effects of the cannabidiol found in cannabis oil. To study this, researchers induced arthritis in mice by given them collagen. After the mice began to show symptoms of arthritis, researchers administered CBD (from cannabis oil) to treat the symptoms.

The results were very promising, indeed. Researchers found that the CBD treatment “effectively blocked progression of arthritis.” Researchers noted that CBD worked just as effectively whether administered directly into the bloodstream or orally. They also noted that “through its combined immunosuppressive and anti-inflammatory actions, [CBD] has a potent anti-arthritic effect in CIA (collagen-induced arthritis).”

A 2008 study published in the British Journal of Pharmacology sought to explore the therapeutic effects of CBD on the digestive tract. Researchers determined this by measuring the role of cannabidiol in influencing intestinal motility and intestinal inflammation in mice.

The results showed that CBD supplementation helped to significantly reduce inflammation in the gastrointestinal tract. In this way, researchers were able to return the mice’s pooping schedule back to normal. The article concluded that “In view of its low toxicity in humans, cannabidiol may represent a good candidate to normalize motility in patients with inflammatory bowel disease.”

Cannabis oil has properties which allow it to simultaneously release pleasure hormones and relax a troubled mind. The cannabinoids work to activate certain receptors throughout the body to produce beneficial effects, particularly in the central nervous system and immune system. This is big news for people who constantly suffer from stress and anxiety. Those looking for a viable, healthy solution to deal with these all-too-common problems may be in luck.

A recent study published in the Journal of Psychoneuroendocrinology demonstrated that CBD treatment following a traumatic experience may help regulate emotional response and stress. Researchers found that the cannabinoid compounds in cannabis oil worked on multiple parts of the brain. They worked to reduce the impairment associated with post-traumatic stress and speeding patients’ emotional recovery.

Another study, this time published in the Journal of Psychopharmacology, found that CBD had a strong positive effect on patients suffering from social anxiety disorder (SAD). Study participants were either given 400 milligrams of CBD or a placebo. The results showed that “relative to placebo, CBD was associated with significantly decreased subjective anxiety.”

Research has shown that cannabis oil is also an effective treatment for insomnia. The anti-anxiety effect of cannabis oil helps many people to fall asleep faster, achieve a deeper sleep and reduce restlessness.

A study published this year in the Permanente Journal documented the use of cannabis oil as a treatment for a ten-year-old patient suffering from anxiety and insomnia. The trial proved an effective one. Cannabidiol oil resulted in a “maintained decrease in anxiety and a steady improvement in the quality and quantity of the patient’s sleep.”

Similar to the patient in the above study, cannabis oil has also been proven to help military veterans with post-traumatic stress disorder (PTSD) get a good night’s sleep. A 2015 study examined the cannabis oil scientific literature. It found that “cannabinoid use was associated with global improvements in PTSD symptoms or amelioration of specific PTSD symptoms, such as insomnia and nightmares.”

Scientists believe that the ability of cannabis oil to treat insomnia is due to the fact that “CBD may block anxiety-induced [rapid eye movement] sleep alteration via its anxiolytic effect on the brain.”

Cannabis oil can help to prevent the development of eye problems, including macular degeneration and glaucoma. Glaucoma is a serious eye disease that can result in reduced vision and eventually blindness. It is caused by an accumulation of fluid in the eye that then puts pressure on the optic nerve, retina and lens.

Studies show that the CBD in cannabis oil can significantly lower the glaucoma-induced pressure on the eyeball, thus acting as a natural glaucoma treatment. While preliminary research appears promising in this area, researchers need to do more large-scale studies.

Cannabis oil is good for your heart

Cannabis oil contains high concentrations of antioxidants, which help to support a healthy heart and ward off cardiovascular diseases. A 2014 study published in the Journal of Pharmacological Research showed that 2-arachidonoylglycerol (2-AG), a cannabinoid in cannabis oil, could positively influence cardiovascular function. Researchers showed that 2-AG caused human arteries to vasorelax, meaning they relaxed and widened. This relaxation effect of cannabis can help patients to naturally lower blood pressure and improve circulation. Cannabis oil may soon become a viable treatment for many cardiovascular complications.

Many people are aware of the fact that smoking marijuana for “medicinal purposes” is a common treatment for pain. This is certainly true, but much of the pain-alleviating effects of marijuana actually come from the cannabinoids in the plant. These cannabinoids are concentrated to a far greater extent in medicinal cannabis oil, meaning this is a highly effective way to reduce pain.

Studies show that cannabinoids target pain by inhibiting neuronal transmission in pain pathways. A 2006 article published in the European Journal of Pharmacology explored the “substantial anti-inflammatory and immunomodulatory effects” of cannabis with regards to chronic pain. Researchers found that CBD reduced the content of several pain-associated markers, indicating “a potential for therapeutic use of cannabidiol in chronic painful states.”

Cannabis oil can improve your skin

It appears that the oil of cannabis can help to promote healthy skin. Applying it to skin can stimulate the shedding of dead skin cells, thus helping to keep new skin cells unclogged. The result is fresher, more vibrant-looking skin.

Not only that, the antioxidants found in cannabis oil help to reduce the ravages of aging. These compounds actively inhibit the oxidative damage caused by free radicals, which can otherwise lead to dark spots, reduced elasticity and wrinkles.

Now that you know some of the benefits of CBD, what are your thoughts on the whole cannabis controversy? Should the government legalize it nationwide? 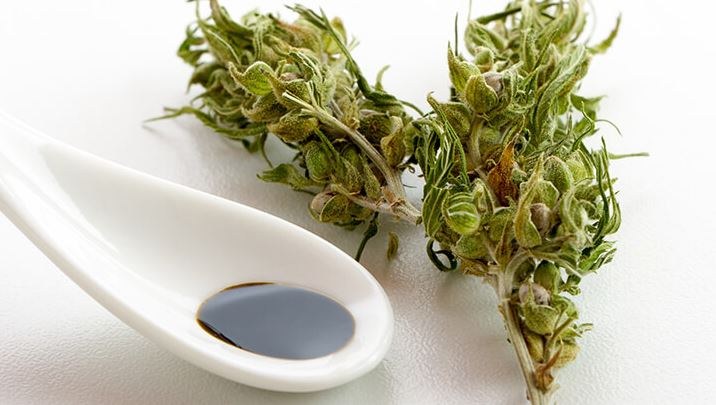