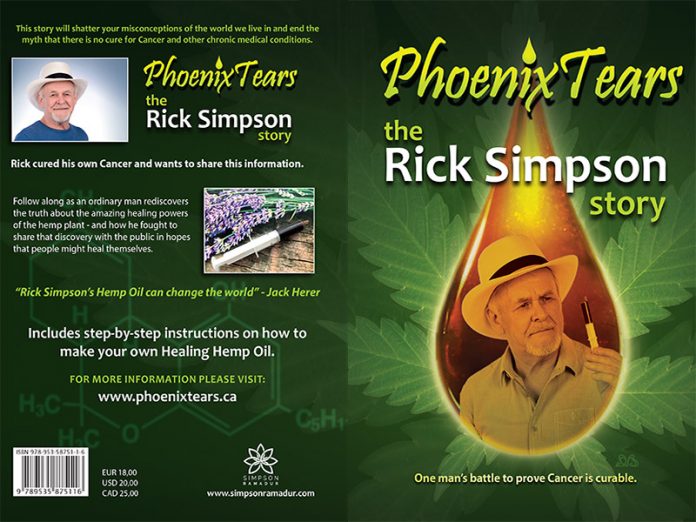 As a licensed healthcare provider, I have read many studies and articles on health related topics, read many scientific reviews in peer reviewed medical journals and have also read and opined on many books that comment on health and cannabis.

Having said that, I have never read a book like Phoenix Tears; or, more accurately stated, I have never experienced the thoughts and events I did when reading Rick Simpson’s story. Cognitive dissonance, disbelief, amazement, judgement of the author: I went through it all while reading the book.

Rick Simpson is a “normal” guy in Canada who somehow discovered that making and ingesting very potent “Hemp Oil”* made via solvent extraction in an electronic rice cooker could cure all manner of diseases – even cancer. Rick displays an incredible confidence in his medicine and judging by his words in the book he believes that this medicine can cure “just about anything” with no dangerous side effects.

His confidence and belief in his homemade medicine is so strong that he was, (and most likely still is), perfectly happy to break any and all laws against cultivation, sale, distribution and ingestion of cannabis. Rick risked life in prison, seizure of his property and jail time in his native Canada. In order to avoid his legal dilemma in Canada, Rick experienced several years in European exile, all so he could provide Cannabis Oil to people who needed it, usually without charging them any money. If anyone wants to think Rick Simpson was doing all this for money, they are sadly mistaken!

Those with a background in science and/or medicine, especially those who understand the protocol for research papers and who are well versed in basic scientific thought will find this book laughable. Rick mixes anecdote, personal conviction and a massive distrust for politicians, medical doctors and researchers and the entire legal system of the Western world, merging it into a classic conspiracy theory where the powers that be are all aligned against him and his medicine. His logic is flawed, his methodology is not at all scientific and his writing is poor, bordering on tedious.

And yet, despite all this, there are literally thousands of people claiming to have had their cancer and other diseases cured by virtue of Cannabis Oil, which Rick Simpson calls “Hemp Oil.” I have heard anecdotal stories like this for several years. Rick shares testimony after testimony – always in his own words – each of which could be, and likely are, dismissed by healthcare workers as nothing more than fanciful or fabricated stories by people who never had cancer and therefore were “cured” from nothing. Rick’s methodology bypasses all scientific research protocol in favor of his personal opinions and what his eyes and ears see and hear on a daily basis. In other words, his personal bias is so strong that nothing in this book can be considered anything more than a story.

However more people than ever are making and using Cannabis Oil and claiming fantastic results. Obviously, there is some element of truth to Rick’s claims. After all, he was willing to risk his freedom and future to provide this medicine to people, all without any benefit to himself. Indeed, Rick took tremendous risks to provide Cannabis Oil without cost to sick people who wanted it. He is a true believer, to state it mildly.

Now, let me tell a little story of my own. Through my profession, I very recently came into contact with a woman who had metastatic breast cancer that had spread to her hip. This caused a hip fracture three years ago, at which time the doctors found her very advanced cancer and gave her weeks to live. This woman eschewed chemotherapy and radiation treatments and went on Cannabis Oil, which her friend made in her garage using a rice cooker, per Rick Simpson’s instructions on his website.

This woman was declared “cancer free” one week ago. I held up writing my review of this book until I was able to get the results of her most recent scans and bloodwork. She is cancer free. This is a miracle.

During her treatment, this woman also met many other people with cancer, each of whom had a similar story to tell. After three to six months of ingesting Cannabis Oil, these patients each claimed to be cancer free. Astrocytoma, Oat Cell carcinoma, Melanoma, Invasive Ductile Carcinoma, Basal Cell Carcinoma and various metastatic cancers – there are at least a dozen people in my county alone who tell stories just like Rick Simpson’s stories in his book. And while their doctors indeed admit they are cancer free, none of them are willing to say the Cannabis Oil played any role other than palliation.

It seems that instead of a cancer cluster in our county, we are now working on a cancer-free cluster. Often times, a cluster of cancer patients that is statistically higher than the national norm is due to a toxin or pathogen in the drinking water or the environment or some such thing. Scientists take samples, analyze data and do tests to determine the common cause or risk factor that led to the of outbreak of cancer.

Well, here we have the opposite. Statistically speaking, the people I recently met should all be dead. If these people all came down with cancer as a result of ingesting Cannabis Oil, statisticians and epidemiologists would see Cannabis Oil as the common factor and likely blame it for the cancer cluster. But the opposite is true in this case, because instead of being dead, they are all currently healthy. Cannabis Oil and the rejection/cessation of standard medical treatment is what these folks have in common. No one is studying this. No one in the medical profession is willing to talk about it other than to “warn” people that experimental treatments like Cannabis Oil, and/or Hemp Oil* are dangerous and keep people from getting the care they need.

I am beginning to understand why it took a hard-headed, stubborn, uneducated man like Rick Simpson to bring this knowledge to the world. I can also understand why Rick says the “crazy” things he says in his book. He’s right about his “Hemp Oil”*, and he could very well be right about all the other wild things he says on nearly every page of his book.

If I am diagnosed with cancer, I am absolutely going to treat it with Cannabis Oil and forgo the poisons of chemotherapy and radiation.

Thank you, Rick Simpson, for risking your life and freedom to bring this to the world. Get this book people! If you’re sick, give this a try. I’ve now seen it with my own eyes and I’m a believer too.

*Footnotes
It is my opinion that the medicine that Rick Simpson advocates is incorrectly labeled “Hemp Oil.” I have reasons for this:

It is not made from hemp, but from psychoactively potent cannabis. Hemp does not contain THC and many other of the cannabinols that are in Rick’s medicine.

Furthermore, Hemp Oil is legal for sale in all 50 states and can be imported. It is not psychoactive and will not heal anyone’s cancer, but by calling Rick’s medicine “Hemp Oil” many people may very well be taking a completely different product that has the same name, but that does not have the same healing qualities that Rick’s medicine has.

Since the product is made from cannabis, not hemp, it should be called Cannabis Oil, which is NOT legal in the United States, although several states have made it legal in defiance of the federal government.

Disclaimer: If you are purchasing “Hemp Oil” in the grocery store or online, you are not getting the product that Rick Simpson recommends despite it bearing the same name he gives it. The confusion surrounding the name can actually be deadly! Make sure you’re either making your own medicine, (there are great directions in the book), or are getting real Cannabis Oil from someone who knows exactly what they’re doing. Again, Hemp Oil is not at all the same as Cannabis Oil. 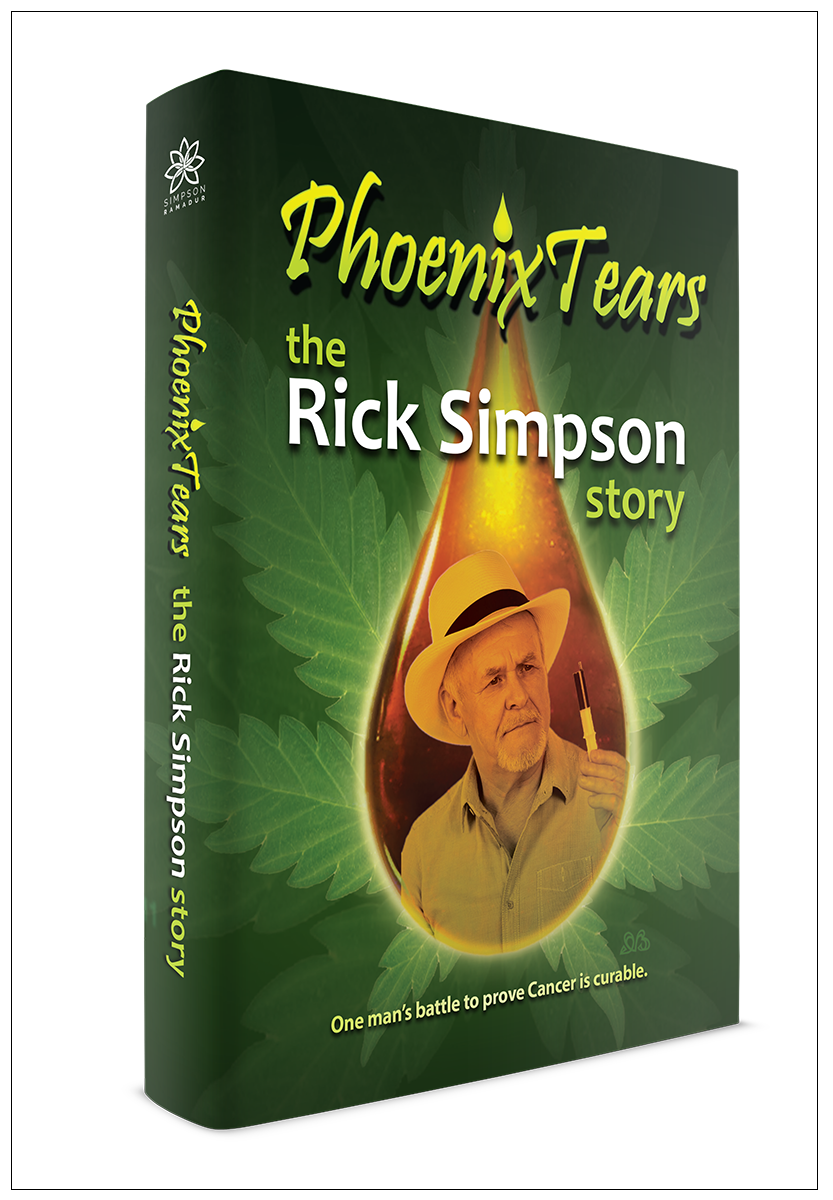 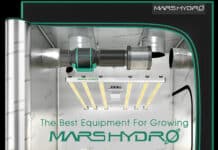 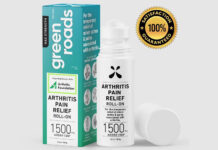 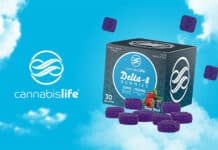