The U.S. Coast Guard discovered six tons of marijuana and four suspected smugglers floating in two panga boats off San Diego this week. A crew on a C-130 Hercules aircraft spotted the boats about 180 miles southwest of the San Diego coast Tuesday night. Three Coast Guard cutters were sent out to intercept the suspected smuggling operation.

As they approached the pangas, four suspects hopped into one boat and sped away, abandoning the second one. However, the chase did not last long, and Coast Guard crews soon arrested the suspects. On the abandoned panga, law enforcement found 491 bales of marijuana, weighing about 12,000 pounds. The four suspects were taken to San Diego for prosecution, and the weed was handed over to the Marine Task Force Friday morning. 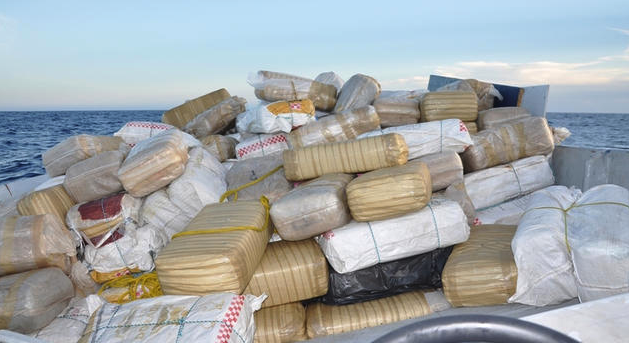 Good! Now LEGALIZE it so we can buy locally and keep the market and taxes in California!
"For one more time
Let your madness run with mine"

Dec 5, 2013
The General
T
J
Boat With $3 Million Worth Of Marijuana Seized In Channel Islands

T
Boat Carrying 1 Ton Of Weed Washes Up In California