CA: Only One Business In Monterey County Ready For Recreational Cannabis In 2018

You can buy recreational cannabis starting on Jan. 1, 2018, but finding a place to buy it will be difficult.

As of Tuesday, the state of California had only issued 27 temporary licenses to dispensaries, and six of the licenses went to businesses on the Central Coast.

Marijuana stores in Santa Cruz County have been granted five licenses for recreational cannabis operations. Four are for businesses in the city and one is for a retail space in Soquel.

In Monterey County, there is only one place that will be selling legal recreational cannabis in January -- Monterey Bay Alternative Medicine in Del Rey Oaks.

Del Rey Oaks was the first town to allow for the sale of medical marijuana on the Monterey Peninsula and it has helped to put MBAM ahead of the game when it comes to recreational cannabis.

"We're super excited. We've been staffing up and making sure we are completely compliant with the state and doing all of the paperwork necessary to open in time," said Nate Hobbs, the compliance and operations manager at MBAM.

Big Sur Canna Botanicals is the only other medical marijuana business on the peninsula but the dispensary at the mouth of Carmel Valley in county ordinance will not be selling recreational weed.

Since California voters legalized marijuana use for adults 21 years and older in 2016, cities across the state have passed ordinances banning the sale of recreational marijuana.

Monterey, Carmel and Pacific Grove have all passed such bans but Seaside has opened the door to weed for the first time.

Businesses in cities allowing recreational sales still need a license from the state in addition to being compliant with the municipal rules and regulations.

"The city of Seaside, on the other hand, with all of the applications that went over there, everyone that submitted, submitted medical and recreational, so, yeah, they want it," said Ryan Munevar, executive director of the National Organization for the Reform of Marijuana Laws, of NORML in Monterey County.

In June, Seaside voters passed a marijuana business tax in preparation for the legalization of weed. Businesses opening up in town will have to pay an additional 10% tax to the city and entrepreneurs are already lining up to open marijuana retail spaces.

The city will be limiting the number of pot shops allowed by requiring the businesses to be a certain distance apart. Currently, there are applications in for recreational cannabis storefronts on Broadway Avenue, Amador Avenue and Fremont Boulevard.

In addition to running Monterey County NORML, Munevar is also a cannabis consultant. He is currently a consultant on one of the Seaside dispensary proposals and is predicting a whole new weed world in the new year.

Munevar said that, in addition to recreational marijuana sales being legal, the price of weed will likely go down on the Central Coast and across California.

"You will see a really true crash, probably by the start of quarter four in 2018," Munevar said.

He said with mass production across the state marijuana's value has been going down but it is still an expensive habit. The prices vary depending on the quality and type of cannabis you purchase. In Monterey County, you'll pay $40 to $50 for one-eighth of an ounce of weed but an extract could cost you as much as a $1,000 for one-half of a gram.

Munevar said as more and more places allow for recreational sales, the landscape of the pot industry will continue to evolve. He envisions cities allowing for public consumption on-site in the future, at places known in the cannabis world as dab bars.

"It's the difference between the liquor store on the corner and a high-end bar," he said.

Munevar said in Colorado, recreational marijuana has been legal for years, these tasting rooms for weed allow customers to come in, use cannabis products and purchase items to go.

In addition to dab bars, Munvar said, he can also see chefs around the peninsula catering cannabis-themed dinners, either in private homes or in restaurants that have been closed down for the night for private parties.

Until the cannabis train takes off on the peninsula, marijuana enthusiasts will have to be satisfied with the location in Del Rey Oaks.

MBAM will be open on New Year's Day, selling both recreational and medicinal cannabis. The only difference between the two labels will be the sales tax, patients will save 9.75% on their purchase versus recreational buyers. 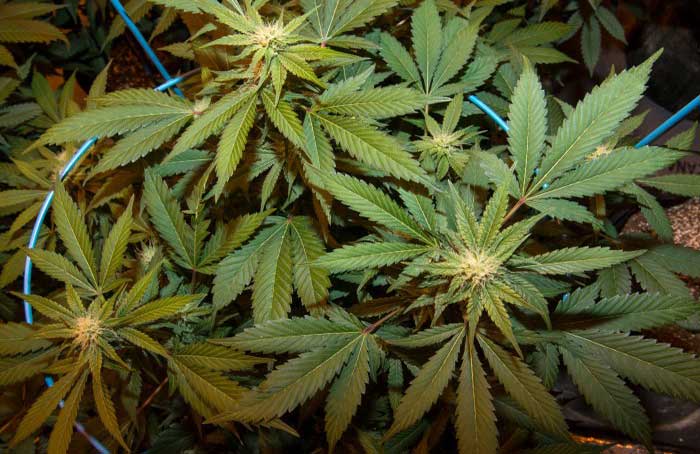