Can The Medical Pot Law Be Saved? Olympia Looks Intent On Repealing Rights For Sick

In mid-October, a work group created by the legislature announced recommendations that would gut the medical cannabis law approved by Washington State voters in 1998. In addition to eliminating medical marijuana dispensaries, the advisory group's proposal would: (1) terminate the rights of patients to grow cannabis at home, (2) block legal defenses in court raised by patients who use cannabis under a doctor's supervision, (3) reduce possession limits from 24 ounces to three ounces, (4) require doctors to register pot patients with the state, (5) forbid doctors from specializing in medical cannabis, and (6) negate every pot authorization in the state when retail pot stores open.

Part of the stated goal is implementing Initiative 502, which is the recreational marijuana law passed last fall that will allow for strictly regulated retail stores. But that recreational pot law says nothing about medical marijuana. The work group represents various government interests (including the state's departments of health, revenue, and liquor). Governor Jay Inslee's senior policy adviser took a seat on the work group–which met in secret and claimed to be exempt from public disclosure laws–and appears to have approved all of these proposals.

To be absolutely clear, the state's medical marijuana law was never supposed to be governed by the liquor board or revenue department. And I-502's language was not intended to affect the medical marijuana law–not by those who sponsored it or the voters who passed it. Yet opportunistic bureaucrats are using I-502 as justification to remove such basic rights as legal defenses and home cultivation for the sick and dying.

The question is if the sponsors of I-502–which was led by the ACLU of Washington–will demonstrate the willpower to stop them. After all, the ACLU insisted that I-502 would not result in any change to the medical marijuana law. However, the drafter of I-502, ACLU's Alison Holcomb, seems to frown on medical dispensaries, saying, "We do not believe the unlicensed and unregulated sale of untested products to patients with terminal and debilitating medical conditions is good policy." She adds that the recreational stores allowed by I-502 "will serve the important needs of people who use marijuana for medicine."

Nonetheless, Holcomb says the ACLU will be "taking a serious posture toward the liquor control board recommendations. We will submit and publicize our response, one that will clearly oppose specific proposals we think would be detrimental–e.g., we oppose the elimination of home growing and the elimination of the affirmative defense, both of which have been important protections for patients." She says the ACLU will also continue to defend patients through litigation. 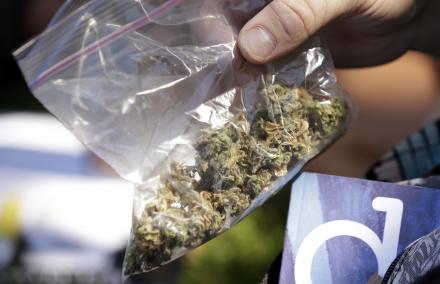 Re: Can The Medical Pot Law Be Saved? Olympia Looks Intent On Repealing Rights For Si

my post from oct 2012
Re: I 502
Don't like the law because it put the state in charge and you know that your not going to get a license to grow or sell the sales will go to the liquor stores or well connected politicians friends, same with the growers lics. At present it says it will not change the medical users status but i'll give long odds on that being outlawed as soon as the new set up is in place. At the end of Prohibition the government sent milk trucks into the hills of Va and Ky buying at top dollar every ounce of moonshine they could get as took it and added food coloring sold it as rye whiskey. Soon as the distilleries were up and running they raided and cut every still they had bought from.

All governments are greedy, stealing money from their citizens with threats and intimidation. If this board of unelected officials get any power we will have to pass another imitative to get them out of the medical end. This will not be easy because those that financially supported us the first time will not be there as they now have it legal. with the amount of taxes they are trying to grab their system will fail as street pot will be so much cheaper in fact cartels can raise prices and still be cheaper.