Glenn Price, the owner of a medical marijuana dispensary on Main Street, has been arrested.

Price was arrested Tuesday morning, according to a staff member at Your Medical Cannabis Headquarters.

William Bell, the caretaker for the business, cleaning a bong when police came in.

He said as Price was ushered to the back room and arrested he asked Bell to get in touch with the media.

Officers told Bell if he returned he could get in trouble, but they didn't say for what.

At the time Price was arrested, three patients and two staff members, including Bell, were in the shop.

According to a female staff member, Price's wife and a customer were also arrested in Monday's raid.

In mid-July, shortly after opening the dispensary, Price was warned by Winnipeg police to stop selling cannabis.

Officers cited pressure from Health Canada to crack down on marijuana dispensaries — which are illegal in Canada.

Price agreed to close the store for several days at the time, but he said he would fight the matter in court if he was arrested.

"It's not going to stop me. They can arrest me, I'll get out, we'll set down some ground rules on what I'm going to do next, and I'll be back," he told CBC News at the time.

On Tuesday, officers confirmed they were investigating at the location but would not confirm any arrests.

Medical marijuana dispensaries are becoming a big issue for some Canadian municipalities and are putting local governments at odds with federal legislation.

Currently there are more than 100 dispensaries in Vancouver, where their city council voted just two weeks ago to regulate the businesses.

"Storefronts selling marijuana are illegal and under this Conservative government will remain illegal. We expect the police to enforce the law," Ambrose said at the time.

"It's none of the police's business what people are smoking," he said.

According to Bell, Price was expected to "get busted" any day because "all [of the] shops in Vancouver went through that too."

Bell, the dispensary's caretaker, has a traumatic brain injury and a prescription for marijuana.

"I think it's BS, to put it politely because we need the medical marijuana for pain and everything else," said Bell. 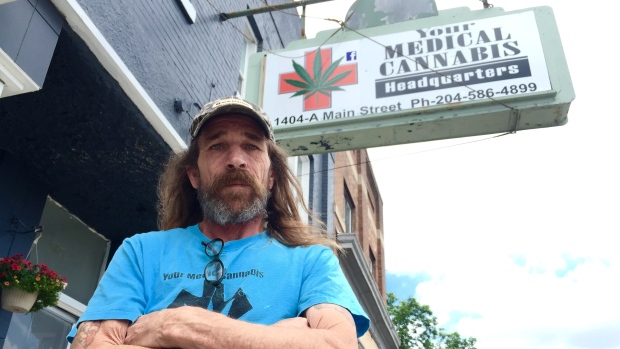