Some long-awaited regulations that will finally sort out the jungle of Spain's cannabis clubs have been issued. Catalonia's Department of Health has published 17 recommendations that the region's municipalities will have to refer to for the management of the 400 clubs already open in the region.

Under the new provisions, entry is permitted only to those aged over 18 years and is limited exclusively to members, who must be regular users of marijuana and not members of any other cannabis club. The venues must then be located at a certain distance from each other and far away from schools and hospitals. Opening hours are also regulated. Clubs can stay open for a maximum of eight hours a day but must close by 10pm on weekdays and 12am at weekends. The consumption of alcohol and other drugs is prohibited.

Even though the regulations are more severe than the first version — which also permitted the cultivation of cannabis — the Federation of Cannabis Associations of Catalonia (CatFac) says it is satisfied and urges clubs to abide by the rules to promote health and safety. 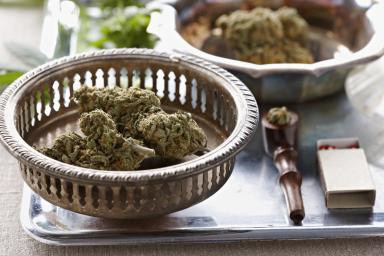 Aug 19, 2014
The General
T
T
Barcelona Is Fighting An Overdose Of Cannabis Clubs

Catalonia Approves Of Marijuana Use