On CNBC's hit primetime series "The Profit," entrepreneur Marcus Lemonis puts his own money on the line to help save and grow struggling businesses. Now, he's headed to California, as Proposition 64, a new law that allows any adult to buy cannabis legally, goes into effect New Year's Day. This time, he's here not to invest, but to meet the growers and entrepreneurs who are betting on the future of pot. Sales of cannabis in California alone are predicted to reach $6 billion by 2020, and one NYC investment bank forecasts that the national legal marijuana market may be worth $50 billion dollars by 2026.

In a special episode, "The Profit in Marijuana Country," airing Tuesday, January 2 at 10PM ET/PT, Marcus travels to the heart of the Emerald Triangle -- Humboldt County, in northern California -- for a rare and revealing look at the place many consider the marijuana capital of America. Humboldt County, twice the size of Delaware, is home to as many as 10,000 illegal pot farms. People here have been growing marijuana for generations, suspicious of outsiders and wary of talking about their lives. But with Proposition 64 going into effect, many are emerging from the shadows and going legal. This could mean a windfall for these men and women who are trying to grab their piece of what will be the largest legal marijuana market in the world.

"Everywhere I went in Humboldt County, I saw pot farmers hustling and hoping for their share of a potential six billion dollar industry," said Lemonis. "While investing in the marijuana industry seems tempting to some, I can't help but wonder, will reality meet the expectations?"

Many of those profiled by Lemonis are speaking out for the first time: a Philadelphia transplant who's now one of the largest growers in the county; a farmer who spent nearly eight years in prison on federal marijuana charges, only to go back into the business, this time legally; and a couple in their seventies who've been growing weed in Humboldt for more than 40 years, helping to establish the county's reputation as the Napa Valley of pot. Lemonis also takes a chopper ride above the rugged terrain with the local sheriff who's battling not only foreign drug cartels, but also the thousands of farmers who continue to operate illegally, unwilling to pay the steep taxes that come with a permit. 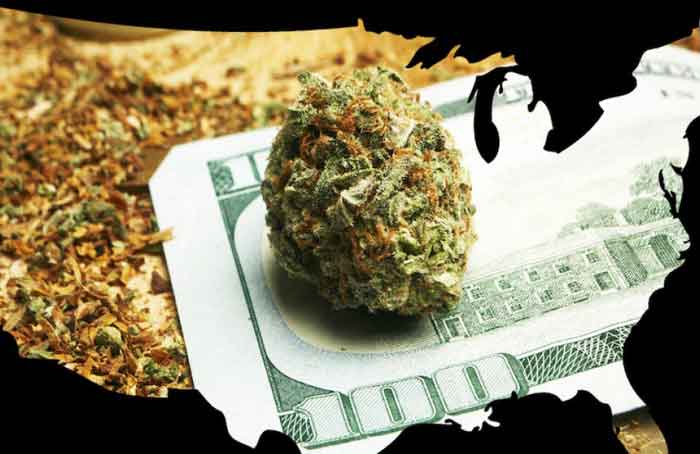