Denver – Denver has started work on the nation's first law allowing marijuana clubs and use in public places such as coffee shops or art galleries. But the details about what those pot clubs would look like are very much in the air. Here's what we know, and don't know, about the looming pot clubs headed to Denver:

WHEN WILL THE POT CLUBS OPEN?
Applications are available Friday, but the city has no deadline for issuing the licenses, which will cost $2,000 a year. An informal workgroup made up of police, restaurants, state health authorities and marijuana activists is meeting to suggest regulations for the city licensing authority, but the final call will be made by city regulators.

HOW WILL THE CLUBS WORK?
That's an open question. A measure approved by voters last year says that clubs couldn't allow anyone under 21, can't sell the marijuana and can't allow it to be smoked inside. That means any clubs or venues allowing marijuana use will be bring-your-own establishments. Critics point out that the businesses will then have no control over what people are consuming, or how much.

WHERE CAN I FIND A POT CLUB?
The city hasn't issued zoning regulations yet. Regulators are debating whether it's better to lump the pot shops together in a common area, giving police an easier time patrolling the clubs, or whether it's better to require clubs to be dispersed, giving more neighborhoods a place where adults can consume pot legally. The eventual pot clubs will be limited in terms of how they advertise, so tourists will likely have to ask locals

CAN I GET A DRINK WITH MY JOINT?
Nope. Marijuana activists envisioned a system where marijuana could be consumed alongside wine and cocktails at participating bars, but the Colorado Liquor Control Board blocked any pot bars. After the Denver vote, the state liquor regulators approved a rule saying that businesses with a liquor license could not allow marijuana consumption.

DOESN'T COLORADO ALREADY HAVE POT CLUBS?
It does. Colorado's 2012 law legalizing recreational pot actually didn't ban clubs, leaving the state with a patchwork system of local regulations regarding public marijuana use. A few towns tolerate private "members-only" clubs, but Denver bans them and has sporadically raided those that popped up. The new Denver ordinance is the first to specifically permit and regulate public marijuana use. 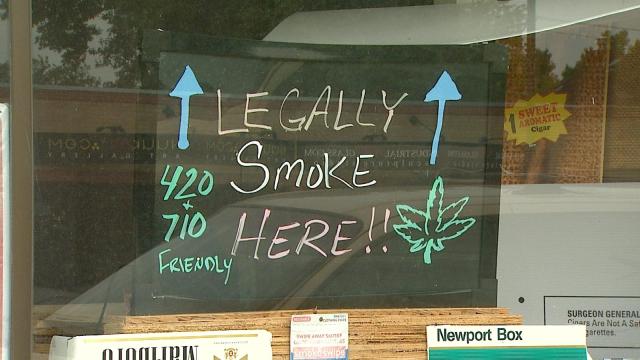