Colorado Shops Have Sold About $90 Million Of Recreational Weed

In the first five months of legal retail sales, Colorado dispensaries sold about $90 million worth of recreational marijuana, The Denver Post reported Thursday. Yet it was still outsold by its medical counterpart, which has been legal in the state since 2000. Medical marijuana brought in about $165 million in revenue during the same January-through-May period. Six months after the historic first sales of legal weed, the retail side of the industry isn't fully online, but more marijuana dispensaries continue to open each month. As of July 1, over 200 marijuana shops were licensed, according to the Colorado Department of Revenue.

Starting this month, just being a Colorado resident is enough qualification to apply for a retail marijuana business license. Previously, only owners of medical marijuana businesses who were in "good standing" with the state were allowed to apply. The new applicants' shops will begin to open in October. The shops now in operation have reported gains in recreational marijuana revenue every month since January. In April, they sold about $22 million in retail cannabis statewide. May was another month with over $20 million in sales. According to a May report from the Colorado Department of Revenue, the state earned about $35 million in taxes, licensing and other fees from both recreational and medical marijuana sales in the first 11 months of the past fiscal year (which ran from July 1, 2013, to June 30, 2014).

In a new report issued Wednesday night, the Department of Revenue found that the demand for retail marijuana is significantly higher than the state had originally projected it would be. The total market demand in Colorado is estimated to be about 130 metric tons per year -- about 121 metric tons for residents and 9 metric tons for visitors. Gov. John Hickenlooper (D) said earlier this year that he expected combined sales from legal medical and recreational marijuana to reach nearly $1 billion in the first full fiscal year of legal weed, beginning in July, and forecast that the state would collect about $134 million in taxes and fees during that year. Hickenlooper later scaled backed those predictions, saying he expected the state to collect about $114 million in taxes and fees. 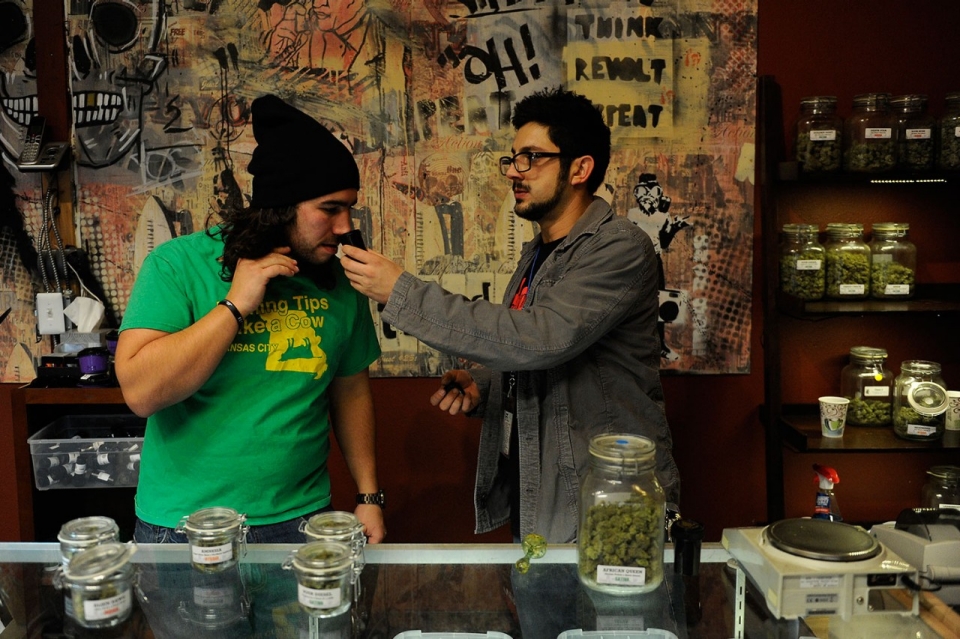