Colorado is now selling  more recreational pot than medical pot, a turning point for the newly legal industry, tax records released Wednesday show. The state sold $29.7 million worth of recreational marijuana in July, the most recent data available. That was slightly higher than the $28.9 million worth ofmedical  marijuana sold in the same month, records from the state Department of Revenue said.

The change came despite Colorado having more than double the number of medical marijuana dispensaries than recreational pot shops, which opened in January to everyone 21 and older. The state has some 500 medical shops, and less than 200 shops open to all adults. Some predicted pot sales would be volatile during the first year, with curious new users and tourism petering out. But so far, marijuana sales have been rising steadily, and an industry  group attributed the tax growth to more shops opening. Colorado has licensed some 200 recreational shops, but permitting and licensing delays kept many from opening in January.

"Literally every month that goes by, more businesses  are opening," said Mike Elliott of the Denver-based Marijuana Industry Group. "I think you're going to see a steady growth." Since January, the state has reaped more than $37 million in taxes from marijuana, a figure that includes taxes, licenses and fees  from both medical and recreational pot. July was the first month when Denver County, the state's most populous, accounted for less than half of the overall state sales . But it was still the biggest seller, with about $12 million in recreational sales in July. The next-highest was Boulder County, home of the University of Colorado, with about $2.7 million in recreational sales in July. In Washington state, the only other state with legal recreational marijuana, sales began in June. It sold just under $3.8 million of recreational pot that month. 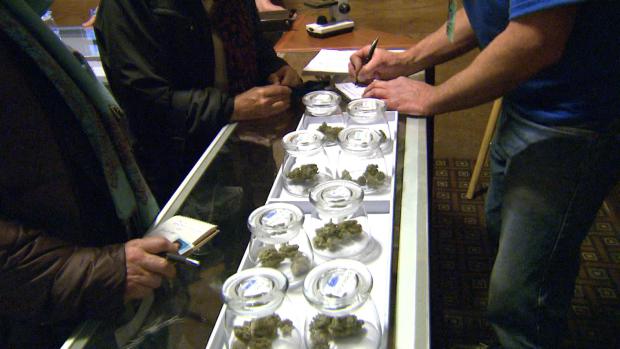