Comer: Industrial Hemp Bill To Be Introduced In Frankfort Soon

Comer has spent the past several months trying to convince law enforcement groups that industrial hemp won't lead to an increase in marijuana growth, but he says the decision ultimately rests with the General Assembly.

"Whether they support it or not, the legislators are the lawmakers. They're the ones that make the laws and the state police will abide by the law," said Comer, who is a Monroe County farmer. "So I wish everybody was on board, but at the end of the day my job as Ag Commissioner is to help farmers and to create jobs in rural communities. And this bill will do that and hopefully we can get it passed."

Comer says the bill will detail how the state agriculture department would regulate the growing of hemp. An economic impact study conducted by the University of Kentucky on the crop's market potential is expected to be released in early February.

If the measure passes the state legislature, Comer says he will then focus on trying to get hemp reclassified at the federal level. Kentucky U.S. Sen. Rand Paul of Bowling Green has appeared several times with Comer in recent months to support the legalization of industrial hemp. Sen. Paul says he'll champion federal efforts to reclassify hemp. 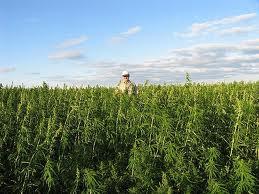