Recently I have had to undergo several showings at my apartment, as my living arrangements changed suddenly when the owner decided to sell.

I was fairly deep into flower, and I didn't have anywhere to move the plant, nor did I want to stress her at all during this critical time. I had to come up an idea to store her during the showings.

I purchased two moving boxes from the local hardware store, one being a wardrobe box measuring 28" square and 36" tall. I them purchased another moving box that was 24" square and 32" tall.

I would purposely try to schedule the showing so that it was right near the beginning of her dark (night) cycle. I would then do the following:

1. Mix half gallon of nutrient mix with destilled water in a 3 gallon, I do this because it's significantly shorter than a 5 gallon and it allows the plant to fit in the box.

2. Put the assembled smaller moving box inside the wardrobe box.

3. Take 3 gallon and put it inside smaller moving box.

4. Take a black garbage bag and place it over top of the smaller box, like a blanket, and tuck each side.

I move this around and it looks just like a moving box and doesn't smell at all. I usually only leave her in it for an hour or two at most, so air circulation isn't an issue. After the showing I simply open it up and put her back in the 5 gallon DWC setup that is stored in another box.

I can do this all in about 30mins. So very practical for single plant, short term, no stinky storage!

I'll upload a couple drawings or pics if need be. 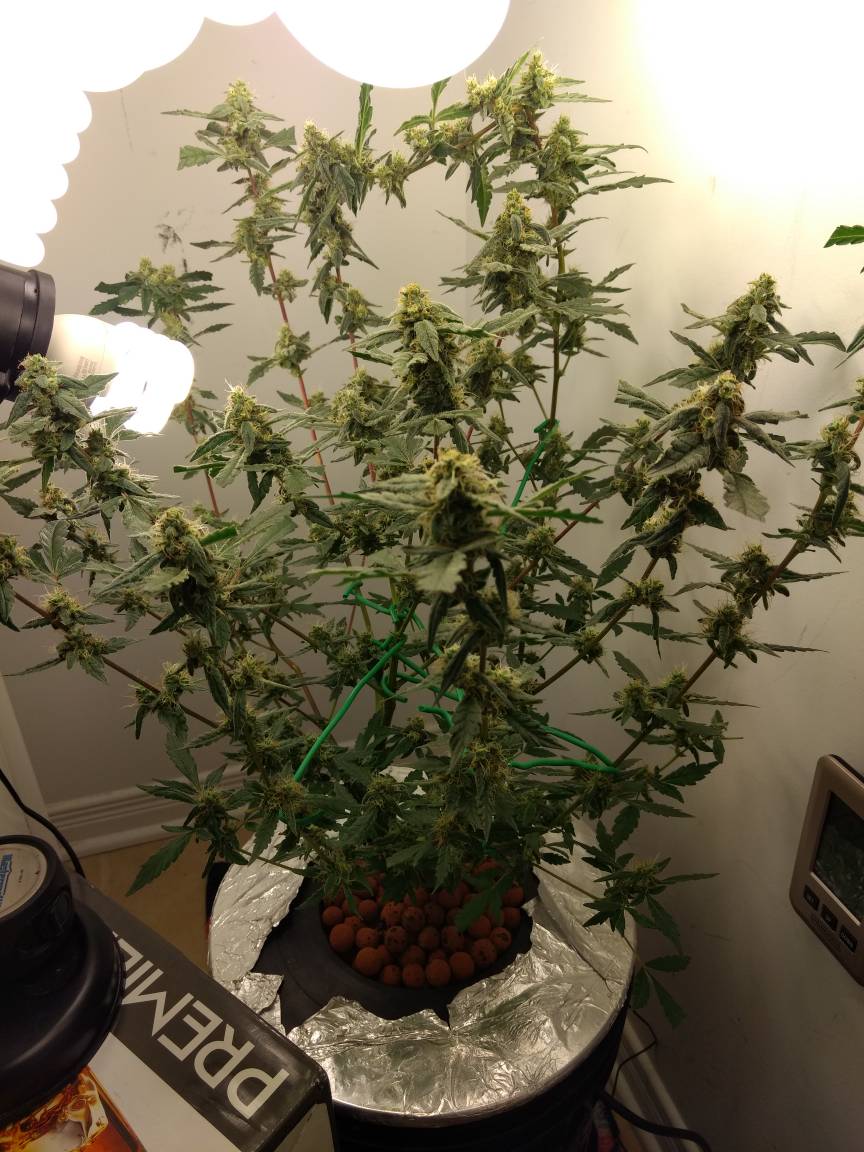 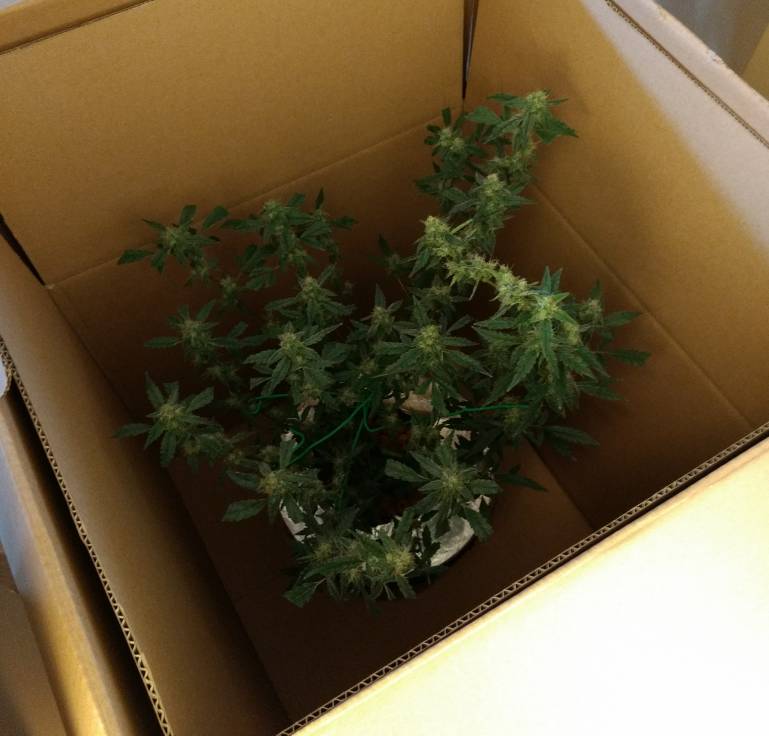 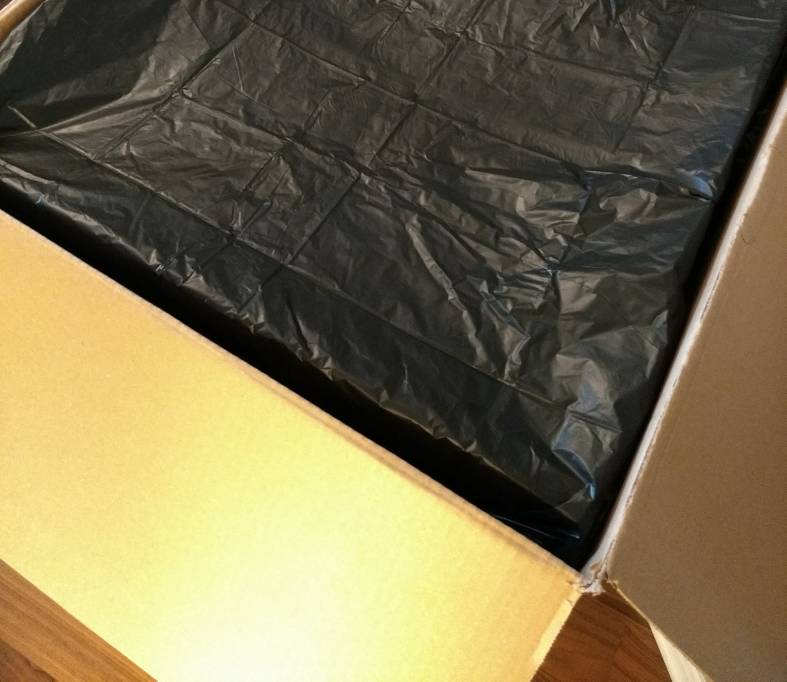 After this I just seal the larger box for the temporary time limit and remove her carefully afterwards.

***Be sure to leave her in the dark until the beginning of her next light cycle if you are in flowering cycle. In veg it is not as important, you can continue with your usual light schedule***

Great idea hopefully I will remember this if I ever end up in a similar situation!
My Journals
First grow journal - Caconym's Multi-Strain Compact Soil Grow 2017
COB LED build journal
Spread love and fine herbs!

G
Should I keep my box, invest in a tent or DIY?