For the first time in YouGov's polling, more Republicans support marijuana legalization than oppose it.

Analyzing the results from a survey earlier this month, Peter Moore wrote:

But Republicans' support is striking nonetheless. Marijuana legalization largely remains taboo - with even supposedly progressive politicians like President Barack Obama and Hillary Clinton remaining opposed to it. But it actually has more general and bipartisan support than other issues progressives have embraced - like same-sex marriage, which a plurality of Republicans still oppose while most Americans support it.

YouGov's poll is just one poll. The Republican results are also close enough that the margin of error makes it hard to tell just how conclusive these findings are.

But the findings are in line with what we've seen from other major polling firms, such as the Pew Research Center and Gallup. The overall trend is clear: With each poll, more and more Americans voice support for legalization. 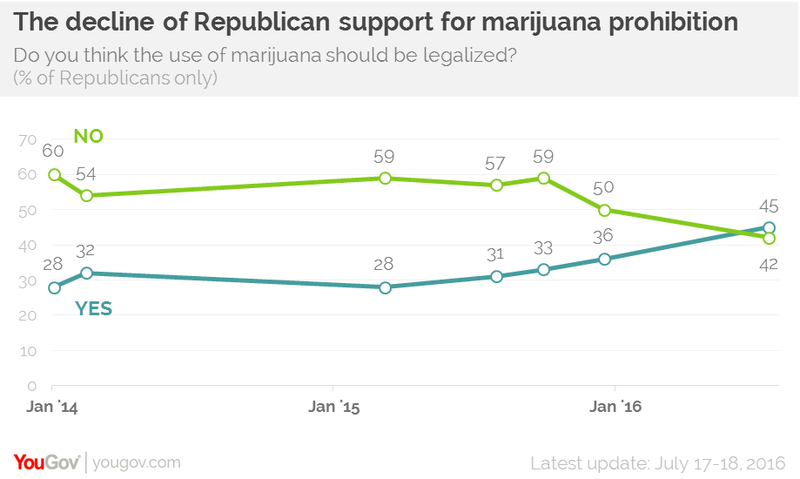