The ban, which was introduced last week, is slated to take effect Sept. 9, about two weeks before an existing moratorium prohibiting the dispensaries expires.

Current zoning codes have so far kept marijuana dispensaries at bay, but city officials, citing growing interest from collectives, have sought stronger language to keep them out.

Glendale's ordinance uses zoning code to ban businesses that engage in any activity that violates federal, state or local laws from operating in any zone. The ordinance also identifies medical marijuana dispensaries as being banned in all zones.

Los Angeles passed an ordinance last year limiting the number of dispensaries to 70, exempting those in the city before 2007.

A lawsuit against Anaheim challenging its ban on medical marijuana awaits a ruling this month in Orange County Superior Court, which medical marijuana experts say could set a precedent. Still, Glendale officials have said they're confident their ban is on firm legal footing. 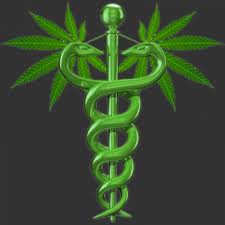 Marijuana Dispensary Ruling Does Little To Clarify Issue In Glendale

Issue Of Medical Pot Is On Agenda