Only four days before the official summer solstice, the air is hot and heavy, the sky cloudless. The road along the highway is spotted with shrubbery, gas stations, and occasionally vast rows of crop, somehow withstanding, even thriving under the tenacious desert sun.

Driving south from Tel Aviv along Ayalon Highway, the scenery looks almost identical to southern California - if not for the Hebrew lettered billboards, the green-clad soldiers waiting by desolate bus stops, and occasional black-hatted Orthodox men walking along the road.

Today's destination is a moshav, or cooperative, agricultural community. Among rows of bungalow-style homes suspended on small stilts, playgrounds, tractors and farm equipment, is a large field, and beyond that field are several greenhouses. Friendly, yet protective dogs wake up from an afternoon slumber to greet visitors to these greenhouses, which look like large white tents upright amidst surrounding mud and dust.

Some stalks are tall and elegant, others short and stocky - all sprout from small black buckets, nearly obscured by lush green leaves blooming around them. The leaves themselves are different shapes and sizes, and just a little bit sticky to the touch. But the gem is the flower, or bud, in the middle of where the leaves come together. The buds, too, are different shapes and colors, with hints of brown or gold, depending on the plant's maturity.

In a structure nearby, a group of 20-somethings trim the leaves off stocks that have been picked. And beyond them, a mighty machine swirls around plucked out buds, dries them up, and spits them out into a pile any stoner would be envious of.

To an L.A. native, it's hard not be reminded of home. Both California and Israel are world-renowned for medical pot, but for different reasons. Israel is famous for its technological innovation in agriculture, allowing the arid desert to bloom, and for its scientific research on cannabis - the man who discovered THC, the main psychoactive compound in weed, was Israeli scientist Dr. Raphael Mechoulam. Meanwhile California, which grows much of the world's weed, is basically the godfather of pot culture.

"The cannabis growing industries in California and Israel have long benefitted from technologies and methodologies being shared with each other," says Zev Ilovitz, president of the California-based company Envirotech Greenhouse Solutions, pointing to a few examples of this "synergy." Israel is a pioneer in hydroponic cultivation, and has developed methods such as "coconut coir" that have been adopted by California cannabis farmers. "Likewise, the Israeli cannabis community has benefitted from the vast experience California growers have with the specifics of the cannabis crop. This relates to preferred plant densities, fertilizers, organic methods, genetics, and technique."

Here on the moshav, Yohai Golan-Gild, CEO of the Israeli cannabis company Better, is another example of the California-Israel synergy, combining methods from both to grow the best, dankest, and most therapeutic medicine he can. He returned home to Israel almost 10 years ago after a decade learning the craft and science of growing cannabis in northern California.

"The California way of growing is making your own fertilizers, soils, keeping it organic and keeping it real," says Golan-Gild. Adding that to Israeli greenhouse technology, Better has worked to grow various strains on an industrial level and stabilize them for medicinal consistency. Many of Better's strains were developed in California, but in Israel Better can conduct clinical studies on them.

"We've been researching hundreds of different strains for different ailments and have the advantage of working with universities in Israel," says Golan-Gild. "All of our strains get injected in vitro into cancer cells. We watch what the cannabis does to the cancer." Patients are also free to use cannabis in hospitals.

Israel's cannabis research is "unprecedented," says Dr. Mechoulam, and the results are invaluable around the world - especially in countries like the United States, where federal law classifies cannabis as an illegal Schedule I drug like heroin, hindering scientists' ability to study it. In Israel, the government recognizes medical cannabis as completely legal, clearing the way for a robust scientific research program. In the US, research is stifled and limited to isolated cannabinoids, animal models and studies seeking to identify harmful effects," says Amanda Reiman, manager of marijuana law and policy at the Drug Policy Alliance (DPA). "The Center for Medical Cannabis Research at UCSD was funded under SB 420 [which authorizes California's medical marijuana cooperatives and collectives] and did conduct some clinical research on cannabis, but when the money ran out, it was not re-funded."

Over the past 50 years since Mechoulam discovered tetrahydrocannabinol, or THC, Israeli scientists have made headway in studying the chemistry, pharmacology, and medicinal effects of cannabis. "In the 1960s, we started with research on the chemistry. Surprisingly, the active compound(s) had never been isolated in pure form and its structure was not know, Without a strong chemical basis, it's impossible to advance in pharmacology," Mechoulam writes in an recent email. "Over the 1970s, on the basis of the now known chemistry, we learned a lot on the biochemistry, pharmacology, and a bit on the clinical effects. In the late 1980s and early 1990s, we discovered the endogenous cannabinoids [chemical compounds in cannabis] (anandamide and 2-AG), present in the brain as well as the periphery. This strong science basis made possible the introduction of cannabis in the clinic."

Yet despite Israel's research, its medical cannabis program is narrow: Only 25,000 patients have government-issued "licenses" to use cannabis, and qualify after a difficult process of proving that several other pharmaceutical drugs have failed them. (To give some context: That's about .3 percent of Israel's population of 8 million. California has nearly 760,000 patients, accounting for 1.9 percent of its 40 million residents.) Israel's medical program is so small because the plant still has "the stigma of hashish," says S. David Moche, president of the America Israel Cannabis Association (AICA), which promotes dialogue between both countries.

Still, Israel is the only country where medical cannabis is integrated within the national health care system, says David Schacter, CEO of Cannabiscope, which provides customizable "Weed Wheels" to help industry players classify different kinds of cannabis. "Clinical trials consist of patients consuming cannabis in hospitals and other treatment centers, under guided supervision and instruction."

Under supervision of the Ministry of Health, Israel enjoys a centralized, totally legal medical cannabis program. "California's, of course, is quite the opposite," says Ethan Nadelmann, executive director of the Drug Policy Alliance. Moreover, medical cannabis is provided to patients incarcerated in prison. That's something California can learn from, he adds.

Under Israel's program, eight companies grow and provide medicine to patients who register with them. Currently, cannabis is available out of one main hospital, but per new regulations, it will become available in pharmacies throughout the country. The cost of cannabis is also fixed, and covered by insurance depending on the patient's plan.

For 380 shekels a month, or about $100, patients can get 20 grams or 100 grams, all contingent on what they need. (For reference, a gram of Israeli black market cannabis costs about 100 shekels, or $25.) "You're not paying for the grams, you're paying for the service," says activist and patient Sylvia Sheinbaum, but with the regulations, that might change. There's a shift toward a freer market, open to more patients, with prices set naturally by competition.

"Everyone in the industry is looking toward California simply because of the size of the market. And if California legalizes [adult use cannabis], I think that is going to influence the whole world," says Saul Kaye, CEO of Cannatech, an investment vehicle for the cannabis industry. But likewise, adds AICA's Moche, "there's a real opportunity for growers, for anyone in the industry to in the US to look to some of [Israel's] great technological advances in agritech, genetics, medicine, and to collaborate."

While both Israel and California are leaders in medical cannabis, both programs can still be improved; regulations made more clear in California, and regulations broadened in Israel, says activist Iair Raviv, head of Khanna. "I think that in order to improve the medical cannabis program, first Israel has to change the cannabis policy. You can't have good research under prohibition. Research needs freedom in order to thrive," he says. While cannabis is essentially decriminalized in Israel, and those incarcerated spend only short periods behind bars, the Israeli movement looks to California. If voters pass Prop 64 this November, Israel will be watching too. 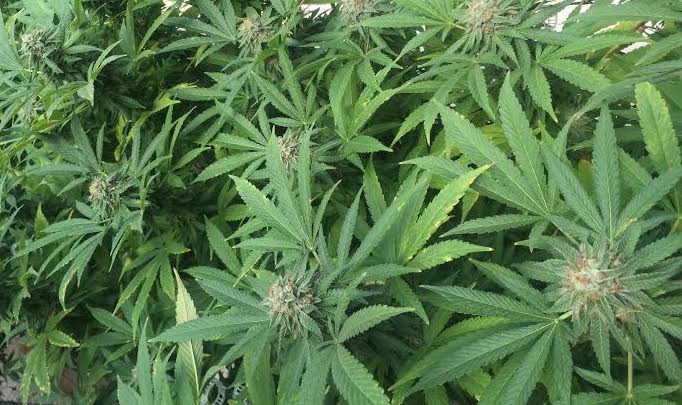